Irrigation Project to Wash Away Cropping Failure Fears in ADS

No more cropping failures in the barangays of Agusan del Sur following the back-to-back turn-over of the Communal Irrigation Systems (CIS) in Rosario and San Luis.

Funded by the Department of Agriculture – Philippine Rural Development Project (DA-PRDP), the 2.71km main canal, lateral and structures of Laminga in San Luis, and 4.76km main canal with structures in Limbatangan, Rosario is aimed at maximizing cropping potential and ease farming operations. 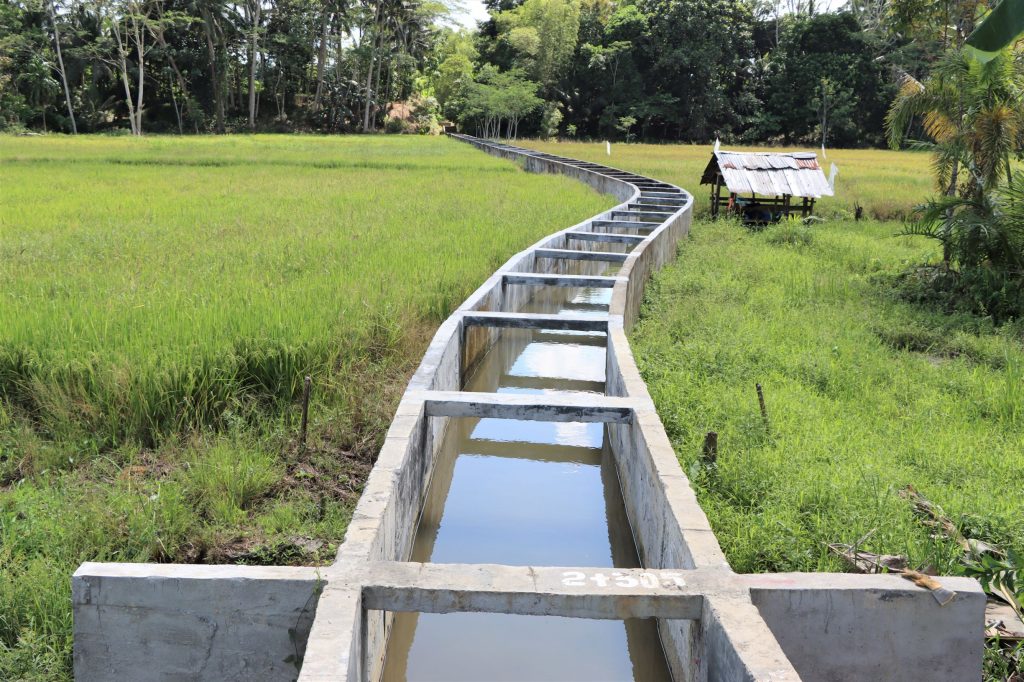 “This irrigation project is very critical to rice cropping,” said Rex S. Fuentes, Rosario Sangguniang Bayan member. “Our harvests here in Barangay Rosario have always ended in failure due to the lack of a good water source. Now, as this project has come to life, crop yields will surely increase along with the farmers’ income.”

The 2.71 km Laminga CIS will cover 136 hectares of rice field benefitting 703 households in Barangay Alejandro, Baylo, Dona Flavia, and Poblacion. This is in addition to the 10 hectares of existing conventional rice area and will help increase the rice production from 2.2 MT/ha to 4 MT – a 29.22% increase in palay production as a result of the CIS.

Limbatangan’s 4.76 CIS targets 264 has of rice area in the barangays of Libuac, Poblacion, and Tagbayan, Rosario which have a combined 1,623 household beneficiaries. This will increase rice production from 3.0 MT/ha to 4.0 MT/ha for conventional rice and 3.0 MT/ha to 3.6 MT/ha for organic rice.

Officials and farmers in Rosario and San Luis expressed their gratitude towards the implementors of the irrigation, promising continued support for government interventions. 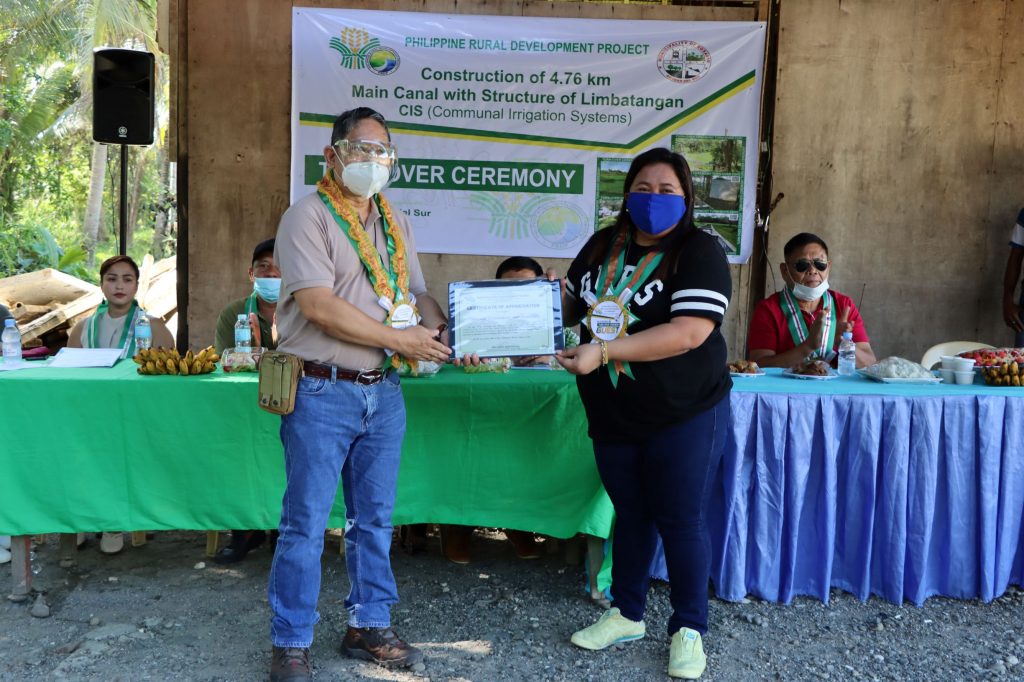 Regional Executive Director Abel Monteagudo presenting the certificate of appreciation to officials of Barangay Rosario for their support.

“Our hearts are filled with joy with the completion of this irrigation project. This will make our lives easier. This just proves that the government is listening to our sentiments,” said Jeffrey Manlapas, Laminga Irrigators Association member.

“Even if our generation ends, as long as farming is alive, this fountain of life will always be here for all of you,” said Federico S. Guerrero, Jr, Limbatangan Farmers Irrigators Association President. “Rest assured, we will continuously support and help the government by maintaining this irrigation up to the next generations.” 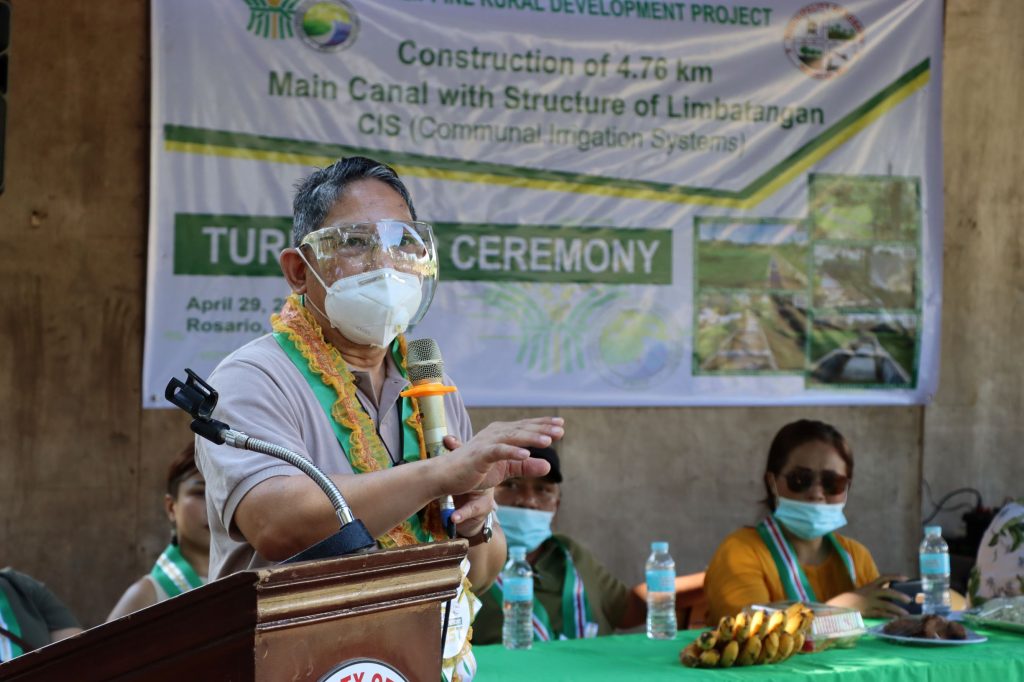 Regional Executive Director Able Monteagudo in his speech assured the residents at the turnover of the Department of Agriculture’s continued to support to their community.

Department of Agriculture Region Executive Director for Region 13 Abel James I. Monteagudo assured the residents that the government will continue to heed the call of its people. Despite the threats of the pandemic, officials continue to adapt to the new normal ensuring that programs will reach their intended beneficiaries.

“The government’s eyes and ears are open for the needs of the people, making sure that we reach the places that are badly in need of support,” said Monteagudo.” Instead of complaining, let’s put our trust and hope to the government offices by opening up our suggestions to where further interventions should take place.”

The office of the mayor, Sangguniang Bayan members, and officials from the local government units of Limbatangan and Lamina, and the DA-PRDP staff witnessed the ribbon cutting and turn-over ceremony. (Zenny G. Awing | DA-PRPD 13)