Got milk? Dairy cooperatives in Batangas form partnership to cope with the effects of the COVID-19 pandemic

With the restrictions and challenges brought about by the COVID-19 pandemic, several cooperatives in rural areas had to stop operations to comply with the health and safety protocols imposed during the community quarantine.

With the nation on a standstill, two cooperatives in Batangas, supported by the Department of Agriculture – Philippine Rural Development Project (DA-PRDP), decided to work together to move forward as one, showcasing the importance of partnerships during times of hardship.

Feeling the effects of the quarantine restrictions, institutional buyers were forced to restrict operations, which led to KKMI unable to receive raw milk from the cooperative. Despite the cease in operations, SAMABACO needed to continue.

Through their extensive network, SAMABACO formed partnerships with the Batangas Dairy Cooperative (BADACO) and the College of Agriculture and Food Science – Dairy Training and Research Institute (CAFS-DTRI) of the University of the Philippines Los Baños (UPLB) to supply milk.

Operating in the town of Malvar, BADACO accepted 500 to 600 liters of milk gathered by SAMABACO every two days during the early months of community restrictions, to fill in the gaps from their own production.

Likewise, SAMABACO formed a partnership with UPLB until the institute was able to rebound from production. In order to move forward, the cooperative began to sell raw milk to Indian nationals for a steep discount, as well as giving products to their neighbors, just to ensure that their milk would not be wasted.

Throughout the journey, SAMABACO was guided by the business plan that was created with the help of the DA-PRDP. One key aspect, tolling, advocates in partnering with a processing plan to manufacture their products in their own name; to which, a longstanding partnership with BADACO was formed.

BADACO also sees the benefit from this continuous partnership, wherein the cooperative was able to buy the necessary volume of milk from SAMABACO for the milk feeding program in partnership with the National Dairy Administration (NDA) and the Department of Education (DepED) across different municipalities and cities in Batangas.

With the planned infusion of genetically superior dairy cattle in their respective communal farms through the DA-PRDP, both SAMABACO and BADACO look forward to the day when they will be able to produce more milk to meet the increasing demand of the Filipinos (Lawrence Albert Bariring, DA-PRDP CALABARZON RPCO InfoACE Unit) 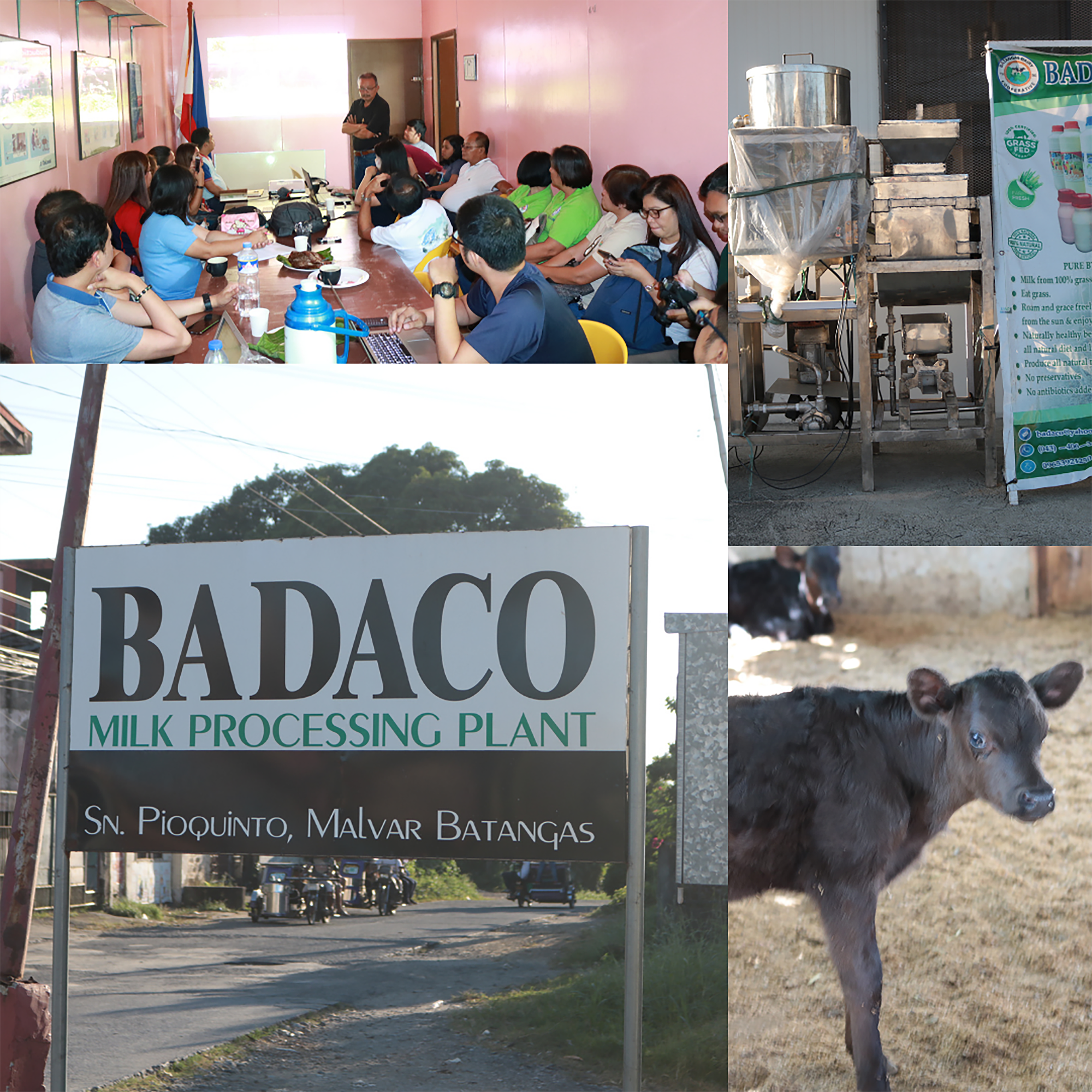 The Batangas Dairy Cooperative (BADACO) has been continuously develop their own brand of milk products. With PRDP, they hope that the genetically superior animals included in the project as well as additional machineries and equipment will provide them greater capacity to capture bigger slice of market share. 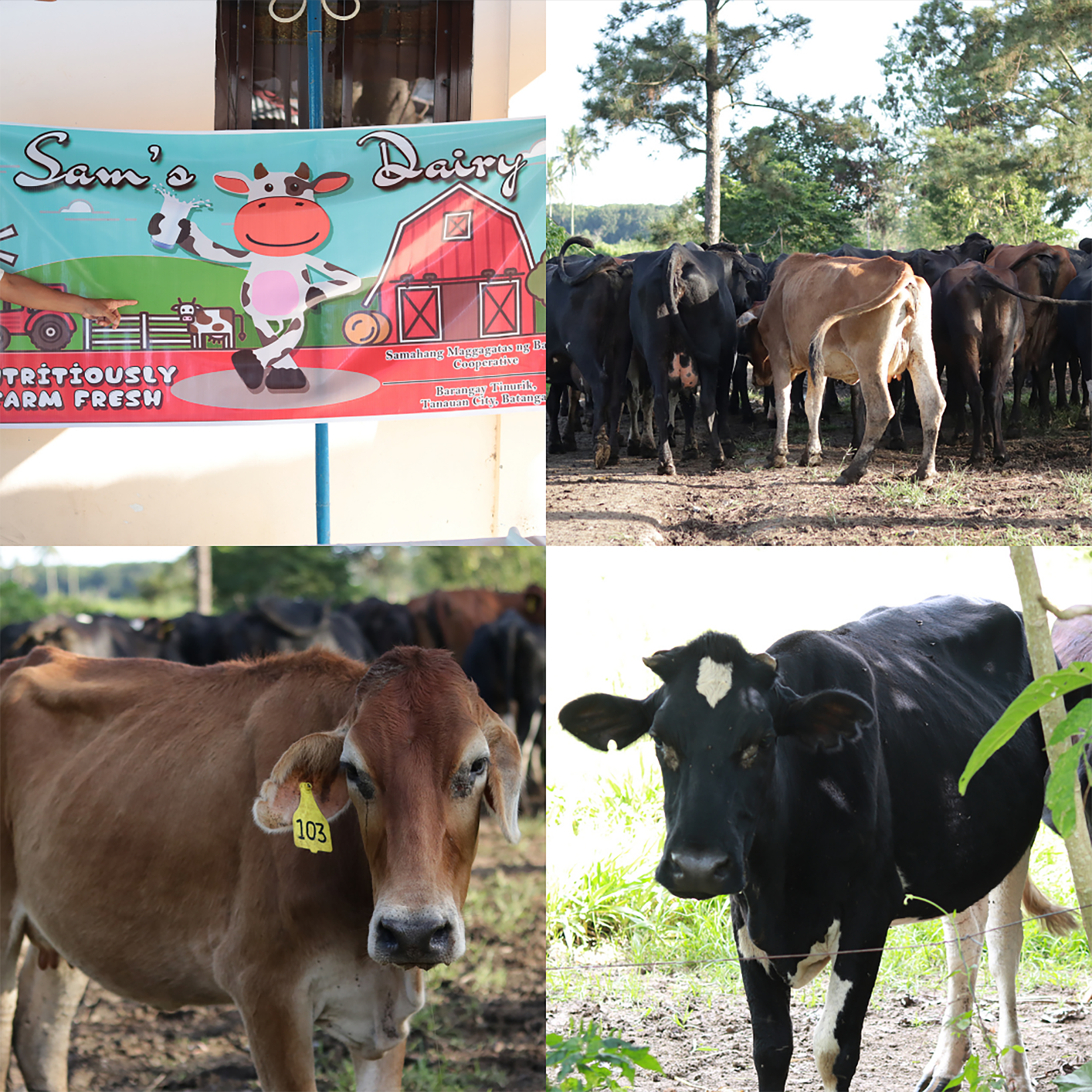 Not only the people of the Samahan ng Maggagatas ng Batangas Cooperative (SAMABACO) makes the cooperative better but also their dairy animals. The cooperative sees the opportunity brought about by PRDP to enhance their lives through milk business even with the challenges brought by the various restrictions due to COVID-19 pandemic.