Farmers and consumers can now meet halfway to sell and buy fresh produce after the turn-over of the 13.3 km Concrete Bucac-Marcelina-Mahapag-San Vicente Farm-to-Market Road on August 5. 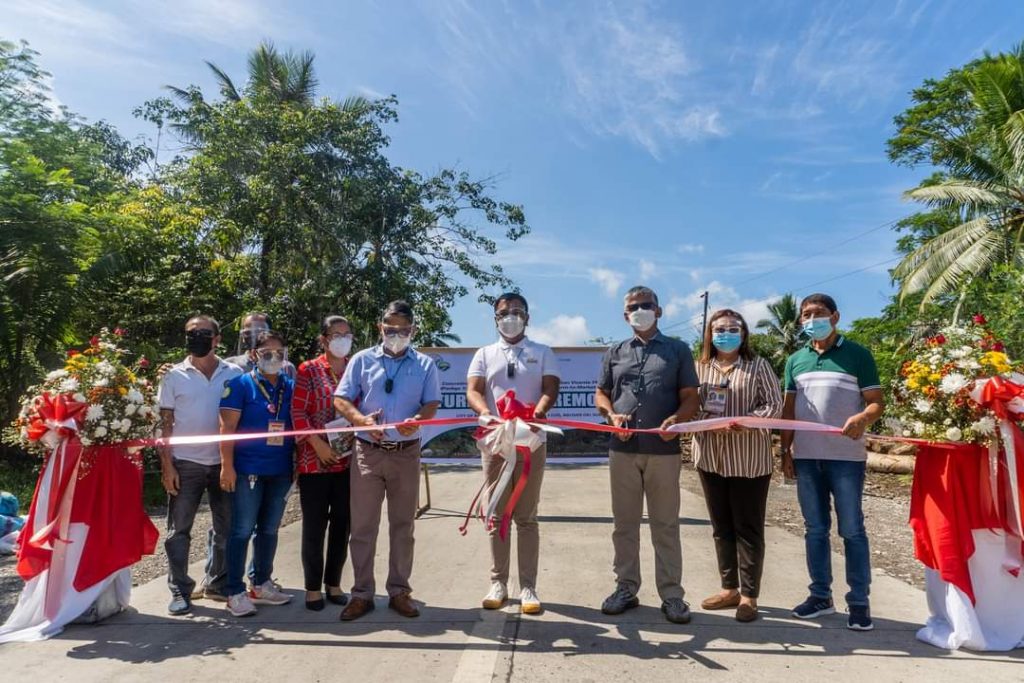 Considered as the 2nd longest FMR funded by PRDP with a 10% counterpart from the Provincial Government, this Package 2 project covers barangays Marcelina and Katipunan in Bayugan City; and Mahapag and Anislagan in San Luis, Agusan del Sur. 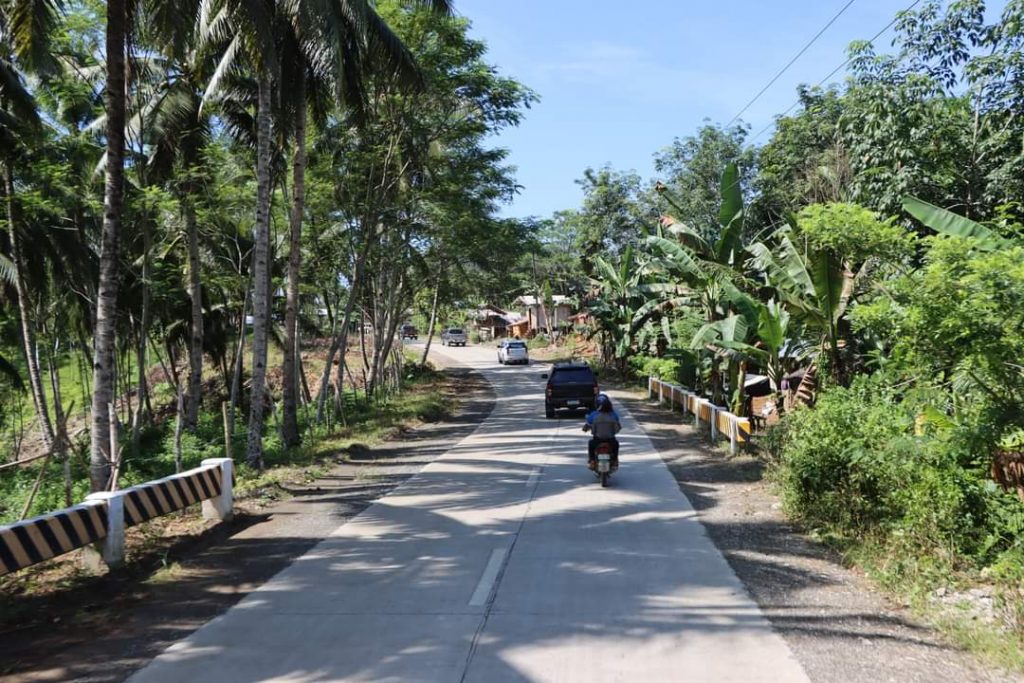 A farmer and Barangay Kagawad of Katipunan, Bayugan City, Rogelio O. Estodillo Jr. expressed his joy with the turn-over of the FMR.

“I am greatly thankful now that buyers can come directly to our barangay since our road is already passable. Unlike before, our crops are now guaranteed fresh”, said Estodillo.

Aside from transporting goods, access to services and facilities is just one ride away from the residents in the recipient barangays. Going to the hospitals and acquiring essential needs became convenient. 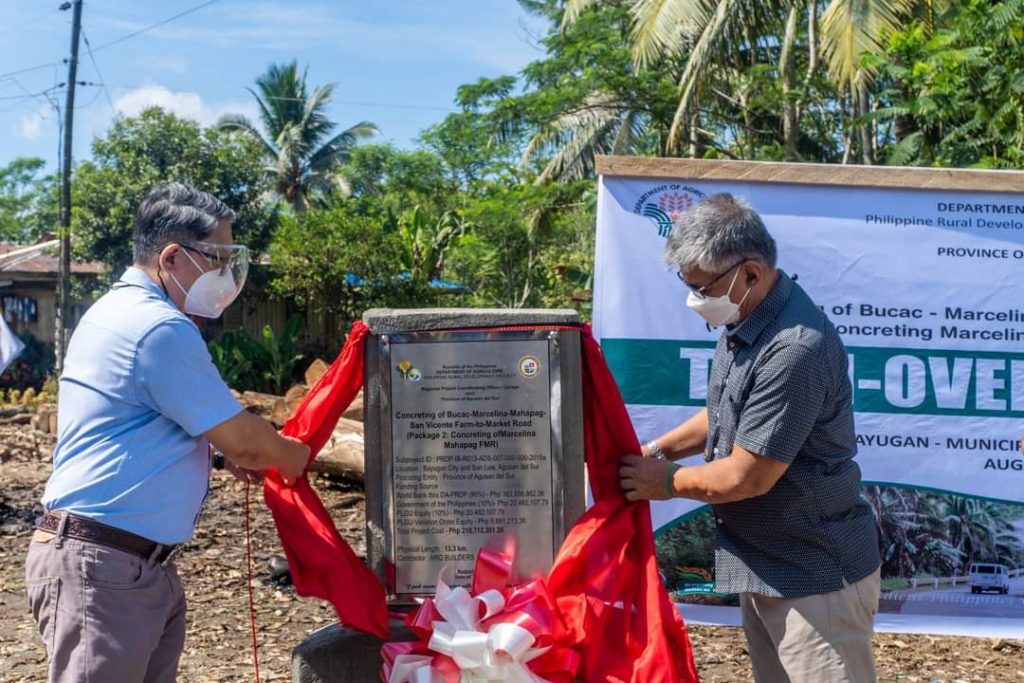 DA-Caraga Regional Executive Director Abel James I. Monteagudo leads the turnover of the project to the Province as received by Governor Santiago B. Cane. Director Monteagudo also reminded the farmers that government interventions are always present. Officials just have to work together and give their counterparts to make dreams happen.

Likewise, Governor Santiago B. Cane Jr. praised the DA for the outpouring of support and interventions that are given to their farmers and the community.

The turn-over was attended by the barangay, municipal, and provincial officials of Bayugan City and Agusan del Sur. (Zenny G. Awing | RPCO 13)