For the longest time, farmers in Rosario have been relying on rain to plant rice. No rain meant no crop, and no crop meant no income. As a result, the unpredictable weather made the word ‘failure’ a common expression of loss for Rosario farmers.

Now, after long years of uncertainty, the tides are beginning to turn in favor of the farmers of Limbatangan. The low rice production caused by frequent dry spells is now remedied with the fountain of life – water. 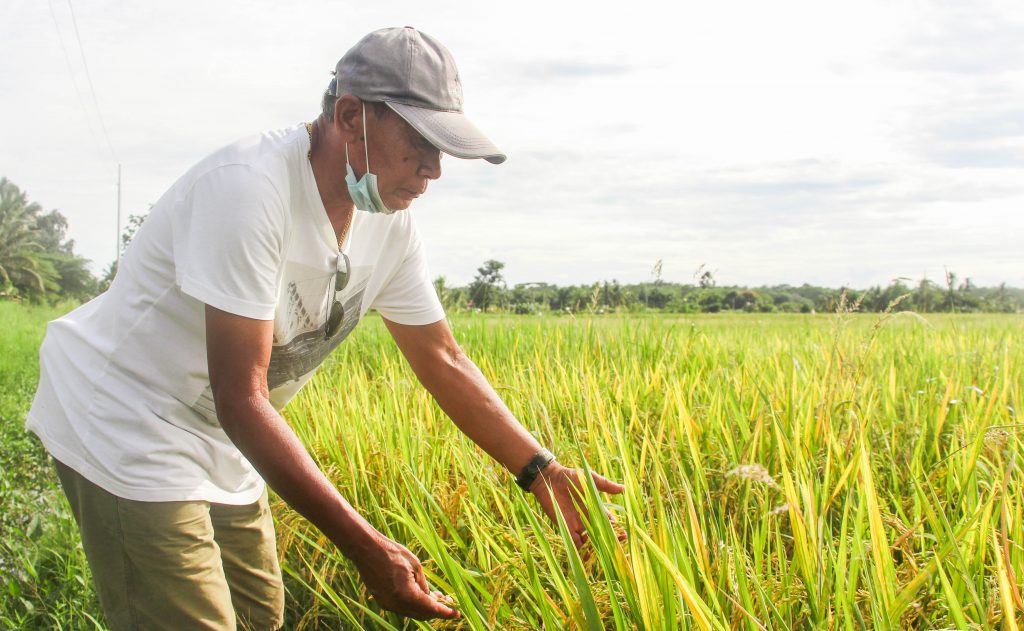 The residents of Brgy. Tagbayagan, Rosario Agusan del Sur depend on rice farming for a living. However, due to insufficient water supply, farmers opted for other crops such as palm oil, coconut, and corn despite the high production cost and hassle of transportation.

“Our barangay is a rain-fed area, making farmers’ rice production low,” San Luis Municipal Agriculturist Delia Valenzuela recalled.  “During times when El Niño struck, the lands would become dry for a week or two and the rice could not survive.” Valenzuela continued, “Most of the farmers here have abandoned their rice areas planting other crops like corn or coconut. But their yield would still be low due to insufficient water”.

Drought became the main cause for pests like rats and diseases in rice crops. Fertilizers could not be applied properly since water is inconsistent. With this, farmers can only crop once a year with a yield of 2.5 metric tons (mt) per hectare (ha).

“Our crop would always fail and as a result, our income has always been negative,” said Fredirico Gurerro, Chairman of Limbatangan Farmers Irrigators Association. “Our yield was unpredictable since rain was the only basis of our farming and it would be a blessing if we can get 60 bags per hectare. Recovering from our production cost is a jackpot for us.” 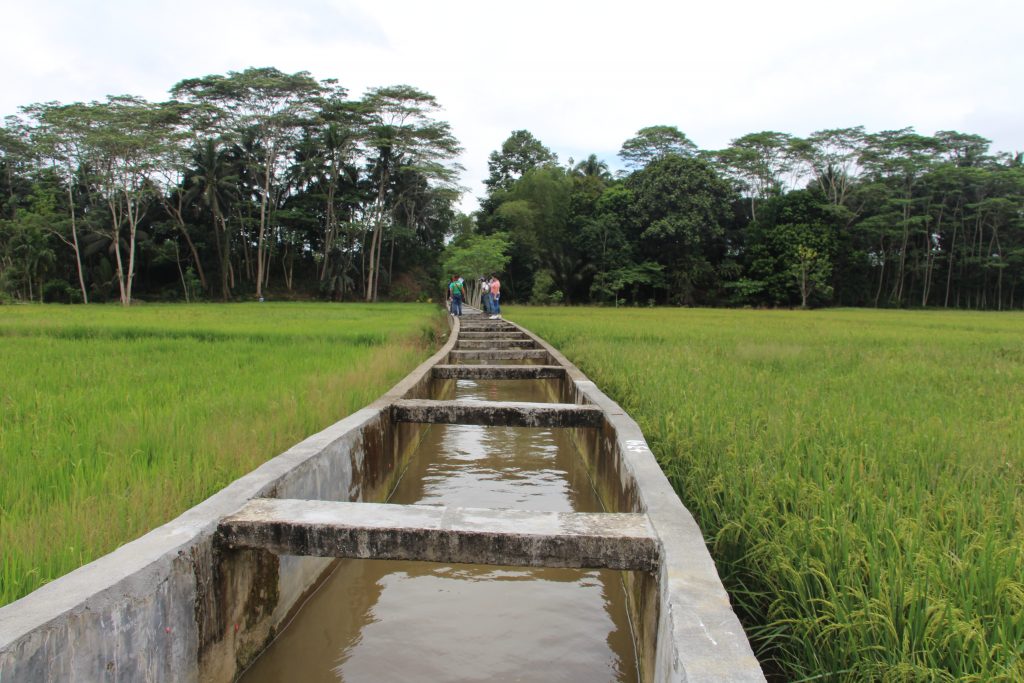 During the 1st wave of implementation of the DA-Philippine Rural Development Project (PRDP), the Limbatangan Canal Irrigation System (CIS) Project was one of the priority projects selected by the province of Agusan del Sur to be endorsed for funding. It went through various processes, from feasibility studies to series of technical reviews before it was granted the budget.

The P50 million Limbatangan CIS has a length of 4.9-kilometers starting from Barangay Libuac down to Poblacion and Tagbayanan Rosario, Agusan del Sur. It covers a 300-hectare rice area that will help increase farmers’ rice production from 2.5mt/ha to 4mt/ha.

With the subproject, cropping intensity of the rain-fed areas is expected to increase from 10% to 200% while farmers’ income is projected to grow up to 53%.

“This CIS project has a huge impact to the residents of Rosario. We can see that it’s a wish come true for them. Based on the initial interview, those who diverted their field into palm oils will now revert to rice farming,” Oscar Ga, Municipal Engineer of Rosario said.

Aside from the fund granted by PRDP, the project would not be possible without the collaboration of the National Irrigation System and the 10% counterpart of the local government unit of Rosario.

The CIS is now under the management of the Limbatangan Irrigators Farmers Association. 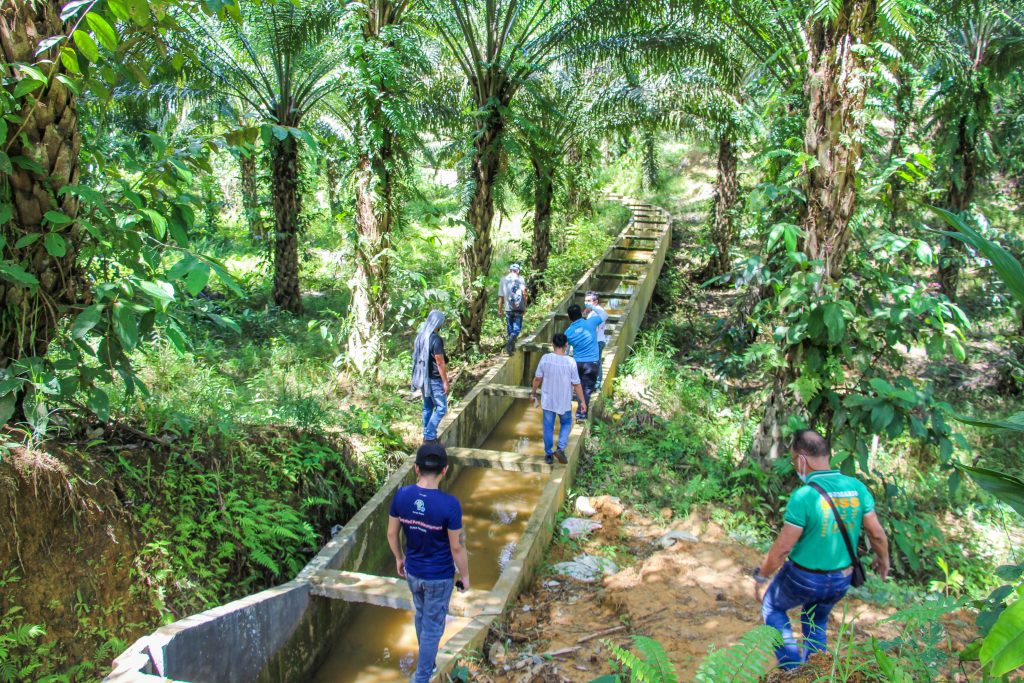 With the turn-over of the Limbatangan CIS, Orcisia Antang, a farmer in Rosario can now say that her future is secured. She doesn’t have to settle for the 15-45 sacks per ½ hectare she got used to harvesting for more than 30 years. Antang who ate coconuts to survive famished times is grateful for the PRDP project.

“This is a blessing, not only for me but for all the residents here in Rosario. Rain is not the only option anymore and we can now schedule our cropping period to also avoid pest invasion. If not for this our lives would still be hard.” Antang joyfully said.

Guerrero also said that his yield increased up to 50%. From the largest previous yield of 60 sacks/ha, he can now harvest 90 sacks/ha. He even bought an additional 1hectare of land to expand his rice farming.

Guerrero said that even if they experienced calamities such as floods farmers could still recover their input costs, unlike before, when failure automatically left them nothing.

“I can personally attest that farmers here are happier because of this irrigation. This also made us united since we can now agree on our cropping schedule. If farmers before individually strived hard to survive, now, we try to achieve increased yield and success together,” Guerrero said.

Antang added that to make the irrigation functional, they must take care of the canal. Guerrero shared the same thoughts and encouraged his co-farmers.

“The only thing that we can contribute to the government is the maintenance of the irrigation system. Together with the officials, we should implement rules and regulations to maintain our canal since this has been entrusted to us. We will ensure that it reaches our farmers,” Guerrero said.

Municipal Agriculture Officer Valenzuela believes that this CIS will allow farmers to plant twice a year making their income increase if they can successfully manage the irrigation system.

“This is already a huge help to our farmers. We all know that farming is their only source of income. We must help them sustain and enhance their productivity for a good income and the future of their children,” encouraged Valenzuela (Zenny Awing | RPCO 13).