The activity is part of the Eighth Implementation Support Mission to the South Luzon Cluster that aims to review the implementation progress of each subproject and discuss solutions for issues and concerns that may have emerged.

“We are at the point of the project where we are trying to see where we are, celebrate our successes and progress, and see where can we still do changes,” said Jungbluth as she highlighted the objectives of the Mission.

Another team from the World Bank and PRDP also led a site visit on the two Global Environment Facility (GEF) subprojects in Sorsogon, namely, Milkfish Culture and Marketing and Seaweeds Nursery, Production and Marketing Project in Pilar and Magallanes, respectively.

These teams spearheaded a dialogue with the concerned project beneficiaries where they raised their concerns on the project implementation and how it positively improved their lives.

During the plenary and group discussion, Jungbluth expressed her appreciation to the PRDP South Luzon PSO and Bicol RPCO for their continued effort in working towards the success of the PRDP.

“It’s particularly impressive that between two missions, in only six months, you’ve really done a lot,” she said.

Also, the Bank’s Senior Agriculture Economist and incoming Project Team Leader, Eli Weiss commended the PRDP for an “incredible and great projects” that they have implemented all these years.

The PRDP South Luzon PSO Deputy Project Director Shandy M. Hubilla presented the key accomplishments of the cluster as of May 24, 2019.

The I-BUILD component has 55 approved subprojects that cost P4.5 billion. Compared to the last Mission, the component increased its physical progress from 39 percent to 52 percent while its disbursement performance improved by eight percent from 41 percent (P1.3 billion) to 49 percent (P1.6 billion).

The I-REAP component’s financial performance is at 53 percent, that is P133.41 million from the seventh Mission to P162.73 million this Mission. Its physical progress increased by 23 percent from 17 percent to 30 percent. The component has 67 approved subprojects worth P308.38 million.

Moreover, seven MPAs and 13 MEPs worth P53.86 million were approved under GEF. On its overall financial progress, GEF has a 57 percent (P28.39 million) disbursement rate.

Among the four clusters, South Luzon tops the list with 36 VCAs which resulted in 18 Commodity Investment Plans in 16 provinces and two chartered cities (Puerto Princesa and Naga). The cluster had also P3.42 billion worth of funded non-PRDP projects.

Director Hubilla assured that the South Luzon cluster will double its effort for both physical and financial performances to ensure that the project development objectives are being met.

“From time to time, we are here to adjust and calibrate some of our interventions, and our support based on the realities on the ground,” Hubilla said.  ### (Lea Caliuag, DA-PRDP South Luzon PSO InfoACE Unit) 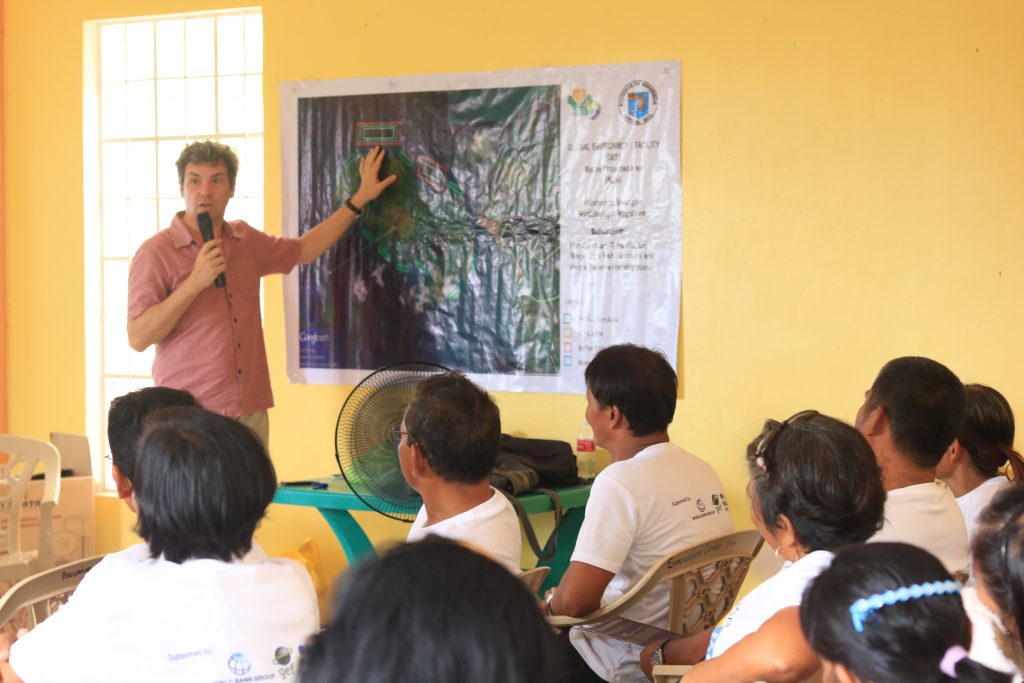 Jim Hancock, Food and Agriculture Organization Natural Resource Management Specialist and World Bank Consultant, presents to Biga Farmers and Fishermen Association the MPA map in their municipality during the dialogue. 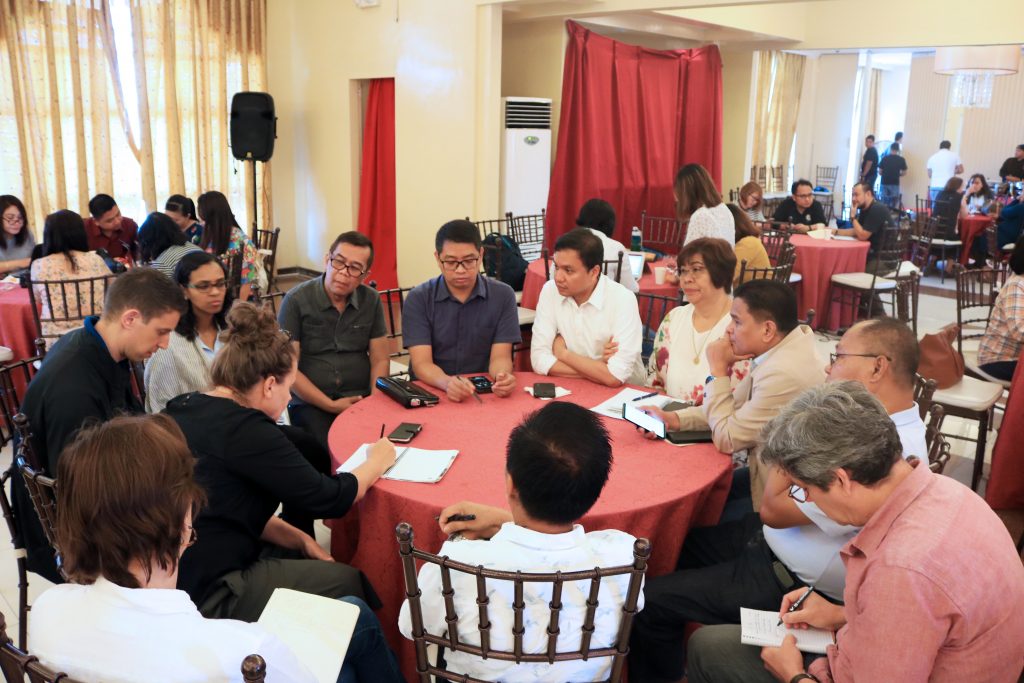