Many say that livelihood in the ocean are only for men and not for women, but members of the Carayat Farmers Seaweeds Association (CFSA) don’t agree.

Nine out of twenty-nine members of the said organization are women, and just like the male members of their group they don’t mind the extreme heat of the sun and the unpredictable waves from the sea just to make sure that their planted seaweeds are growing strong and healthy. Every day, they visit their seaweeds farm to keep the plants clean from mud and other marine animals that may feed on them.

“Noong una po talaga, medyo nahirapan po kami kasi hindi lang init ang kalaban, pati na rin ang lakas ng alon. Iniisip ko na lang na para din ito sa pamilya ko kaya kahit mahirap kinakaya ko para sa kanila (At first, it was difficult with not only the heat from the sun but also the strength of the waves. I just thought that this is for my family and I will do everything for them),” Candelaria Esplana, President of the CFSA said.

Most of the members of the association are fishermen who were affected by the typhoon Nona. To recover from the disaster, they proposed for the Seaweed Production and Marketing to expand the existing 1.82-hectare seaweed farm area with additional 2.5 hectares to increase their seaweeds production and provide livelihood to other members of the community.

Implemented under the Micro-enterprise subproject of the Investments in Rural Enterprises and Agriculture and Fisheries Productivity (I-REAP) of The Philippine Rural Development Project (PRDP) with assistance from the Provincial Project Management Implementing Unit (PPMIU) of Sorsogon, the proponent group (PG) were  able to receive materials on production input and post-harvest equipment and also trainings for the establishment of seaweed nurseries and to capacitate the members to have a quality standard on processing seaweeds.

To date the CFSA has started to transform into a cooperative to encourage other seaweeds farmers and fishermen to increase their income. They already have 65 members and they call it Sorsogon Coastal Areas Cooperative. – Michelle Angela G. Alfigura, DA-PRDP RPCO 5 InfoACE Unit 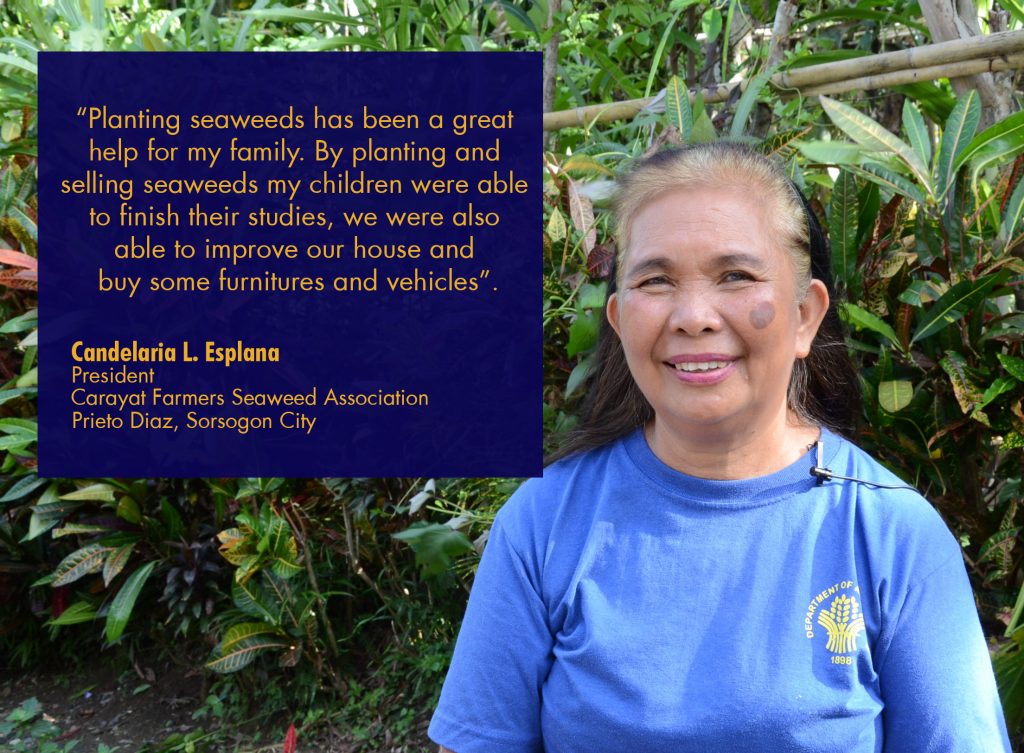