ground breaking ceremony of the new FMR in Municipality of Villanueva, Misamis Oriental. (Photo by RPCO 10)

PRDP back up support to MisOR

The Department of Agriculture – Philippine Rural Development Project 10 (DA-PRDP 10) had back-to-back accomplishments for the month of August as they officially turned over one farm-to-market road in Initao, and a ground breaking ceremony of the new FMR in Municipality of Villanueva, Misamis Oriental.

The Jampason-Dagongon FMR was the third and final FMR to be turned over to the Local Government Unit of Initao. This 2.96 km road worth P30.69 million now benefits the residents and farmers of Coconut, Mango, Corn, and Banana of barangays Jampason and Kanitoan. 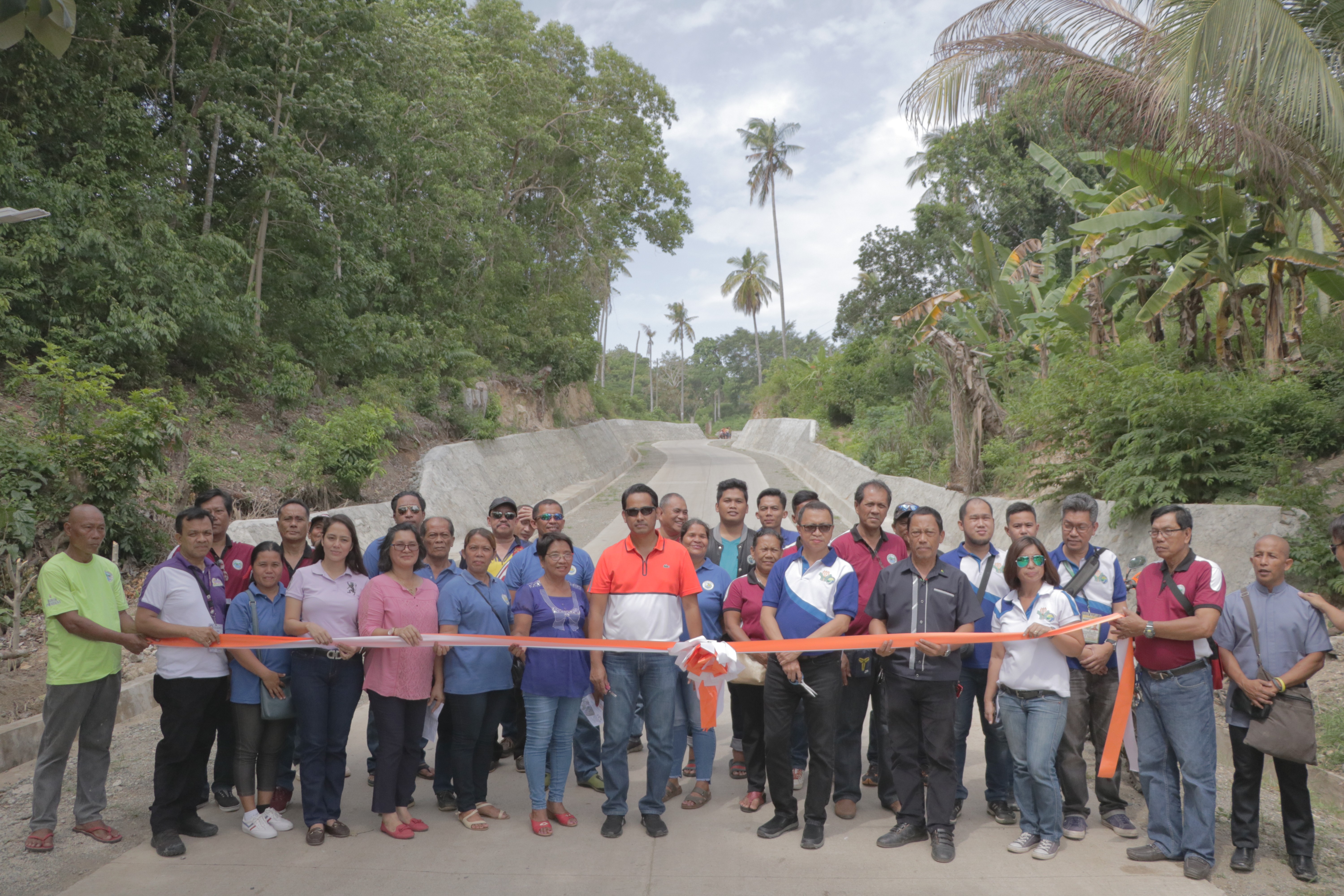 In his message, Municipal Mayor of Initao Enerito J. Acain, V, thanked the DA-PRDP 10 for its support towards their subprojects.

“This project faced numerous struggles before its completion which is why I am thankful to the PRDP for their patience and support for this project that even with those challenges, you stayed with us in order to give a better road for our farmers in Initao” Acain said.

OIC-Regional Director of DA-10 and Project Head of PRDP 10 Carlene C. Collado, CPA, encouraged everyone to support the maintenance of the said road.

“I asked the two barangays involved to protect the road at all cost. You can make resolutions in your respective barangays on how to maintain this project. It is your responsibility as beneficiaries to take care of the road given to you”.

Meanwhile, farmers and residents of Villanueva, Misamis Oriental will soon to have concrete road after the ground breaking ceremony for the construction of Dayawan – Lokong – Crossing Mambuaya Farm to Market Road (FMR) last August 7, 2019.

OIC-Regional Director of DA-10 and Project Director of PRDP-10 Carlene C. Collado, CPA congratulated LGU Villanueva for availing the FMR subproject. “We hope that this project will improve the lives of our farmers, and even the residents of the benefiting barangays. I ask all of you to be vigilant during the implementation of the subproject because our monitoring team is meticulous when it comes to its specifics. Once they notice something is not properly done, the contractor will have to stop its operation until correction of work has been done. This will cause delays in the project completion. We need your help because the success of the project depends on us”, Collado added.

Jennie Rosalie Uy, Mayor of Villanueva, said in her message that the road to be constructed will help in the improvement of Barangay Dayawan.

“This project will make a great impact to the lives of the people of Dayawan. Aside from the farmers, the LGU can also use this road to deliver services to Lokong because right now, we can’t even deliver water regularly to them, and even ambulance can’t pass through it.” Uy said.

The said FMR is situated in the barangay of Dayawan reaching the sitios of Lokong and a portion of Mambuaya in barangay Kimaya, Villanueva, with a length of 3.74KM and a contract amount of Php 70,366,499.24 benefiting farmers of cardava banana, coconut, corn, cassava, and mango.#Cyrus Seraspe/ RPCO10/ Joy Montecalvo