Caught off-guard as the enhanced community quarantine (ECQ) was imposed last March, members of the Mankayan Young Farmers Organization (MYFO), a Proponent Group (PG) of the DA-PRDP-funded enterprise subproject on Potato Production under Greenhouse Condition sold more than seven tons of their vegetable produce at P10.00 a kilo in support to the “Sampung Piso para sa Farmer” program.

Benguet Vice Governor Johnny Waguis said that the “Sampung Piso para sa Farmer” is a program of the Benguet provincial government. It is implemented in partnership with the Movement for Farmers Civic Action Group. To provide assistance to farmers, the Provincial government buys vegetable with very low price or have not been bought at the La Trinidad Vegetable Trading Post (LTVTP) or the Benguet Agri-Pinoy Trading Center (BAPTC) at P10.00 per kilo and will be distributed as part of relief packages.

He also said that the vegetables they brought to the cold chain facility in Wangal, La Trinidad, Benguet where the project is operating, were consolidated from the members of the MYFO.

Meanwhile, a greenhouse structure was established for the MYFO for their micro-enterprise subproject on potato production.

However, since the procurement of the potato mother plant is ongoing but currently on hold due to the ECQ, they have been producing Chinese cabbage, potato, bell pepper and other vegetables after the establishment and completion of the greenhouse.

The MYFO will continue to produce other highland vegetables while waiting for the delivery of the potato mother plants that will jumpstart their micro-enterprise on the production of potato tubers. The enterprise when fully operational will aid potato growers not only in Mankayan and nearby municipalities. ### (ELVY S. TAQUIO, RPCO-CAR InfoACE Unit) 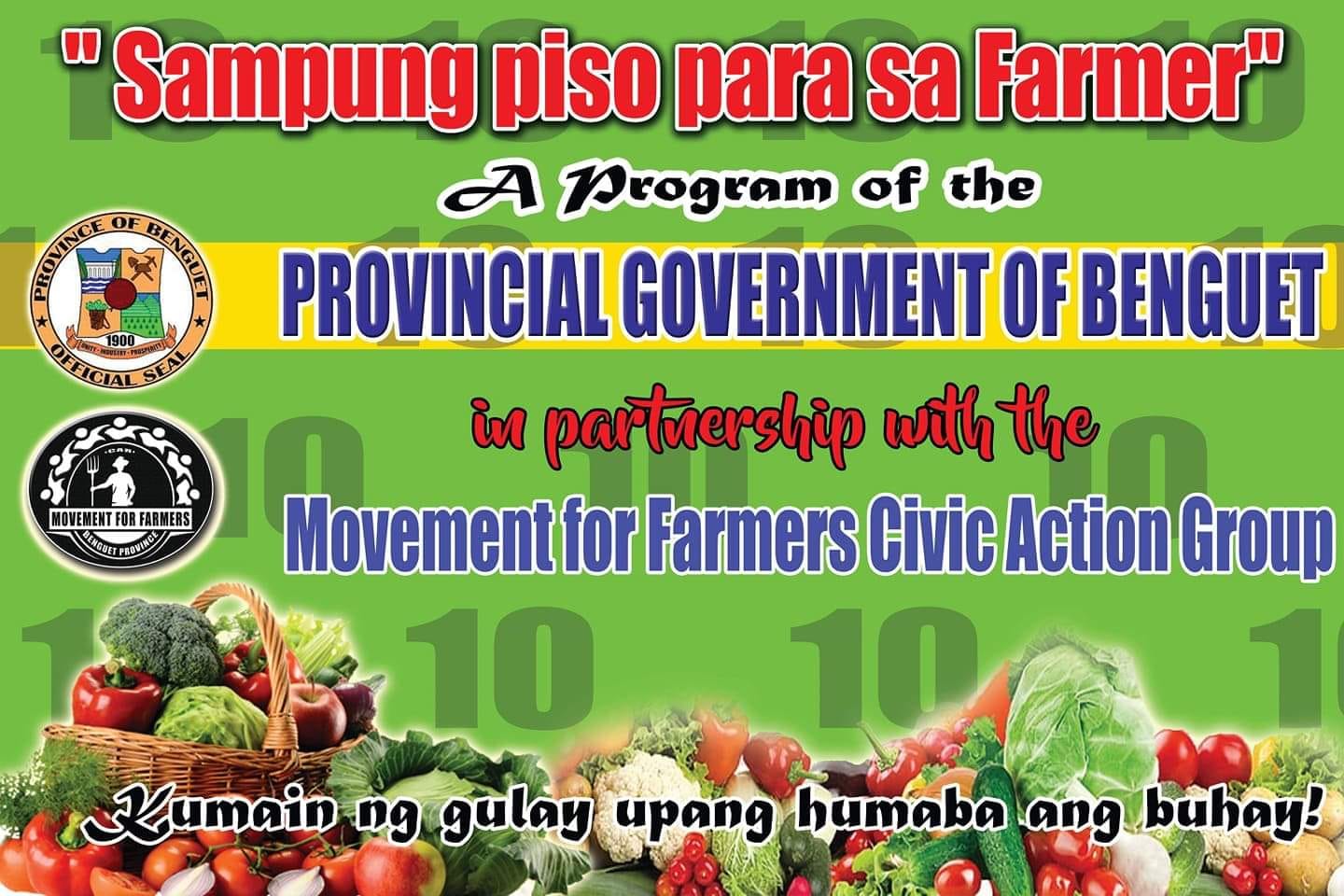