BARCELONA, SORSOGON – For 40 years, she was a simple housewife and mother trying to augment her family’s income by basket weaving. For each set of native baskets, 62 year-old weaver Estrella Estigoy earned P400. In a month, she earned about P8,000 to P10,000 until typhoon Nona hit the province of Sorsogon, devastating not only their properties but the forests where she derived her raw materials for handicraft making.

But she rekindled her hope when the Olandia Rural Improvement Club (RIC) qualified for “The Establishment of Cottage Industry (Handicraft)”, a microenterprise subproject from the Philippine Rural Development Project (PRDP). In August 2017, the 47 members of Olandia RIC received their 5 meters x 6 meters processing center from PRDP which houses their production equipment and materials.

However, on February 14, 2018, Estigoy found herself in the midst of another storm—a heart attack which led to mild stroke. Upon recovery, Estigoy demonstrated the same resilience innate in Bicolano women and returned to handicraft making.

Feeble arms and weak legs didn’t stop her from producing new sets of baskets and other handicraft products. After all, said Estigoy, she doesn’t have to do it manually this time. Aside from the processing center, the Olandia RIC also received three units of sewing machine, two units of designer sewing machine, and two units of freezing machine in addition to 50 units of stripping device and 47 units of scissors and knives for karagumoy and balacbac.

She furthered that by using the modern equipment from the PRDP, she now gets a higher income because of increased production. From P100 daily, her income rose to P150 per day.

Other PRDP interventions include 10 units of hammer, 20 units of hat molder, 10 units of scissors for cloth, 10 units of tape measure, 10 pieces of tailor chalk, 10 bag molders, and 200 pieces needle for manual sewing. PRDP will also provide the RIC with a motorcycle, a delivery and hauling vehicle and support for the fabrication of a sidecar.

The Establishment of Cottage Industry (Handicraft) in Barcelona is one of the 10 microenterprise subprojects approved by PRDP for calamity-stricken areas in Sorsogon. ###(Annielyn L. Baleza, DA-RAFIS V) 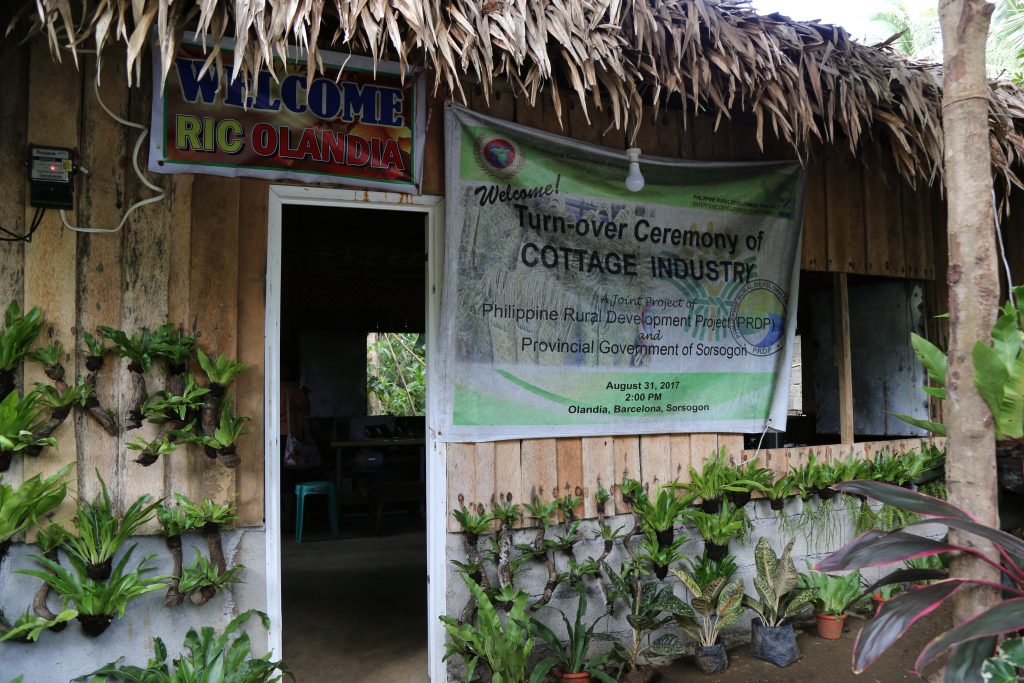 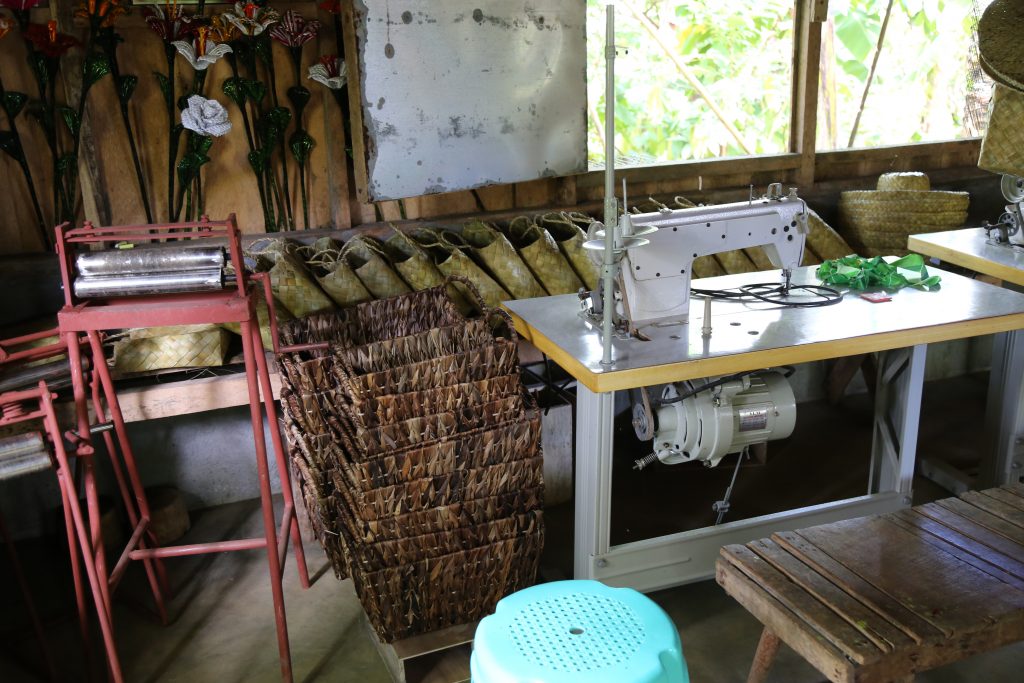 The 5 meters x 6 meters processing center (top photo) and designer sewing machine (below photo) are some of the PRDP interventions for the Olandia Rural Improvement Club’s Establishment of Cottage Industry (Handicraft) in Barcelona, Sorsogon. 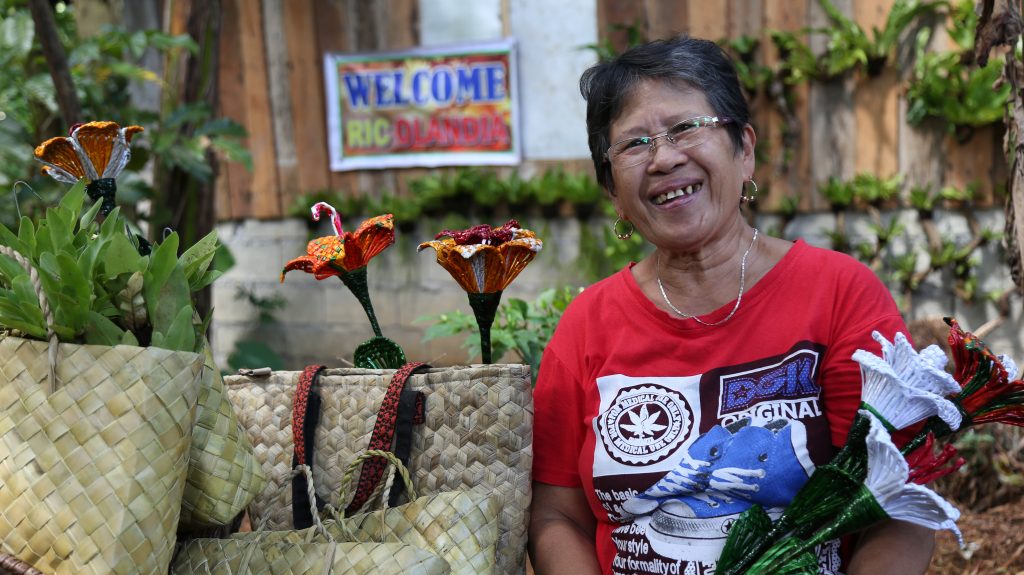 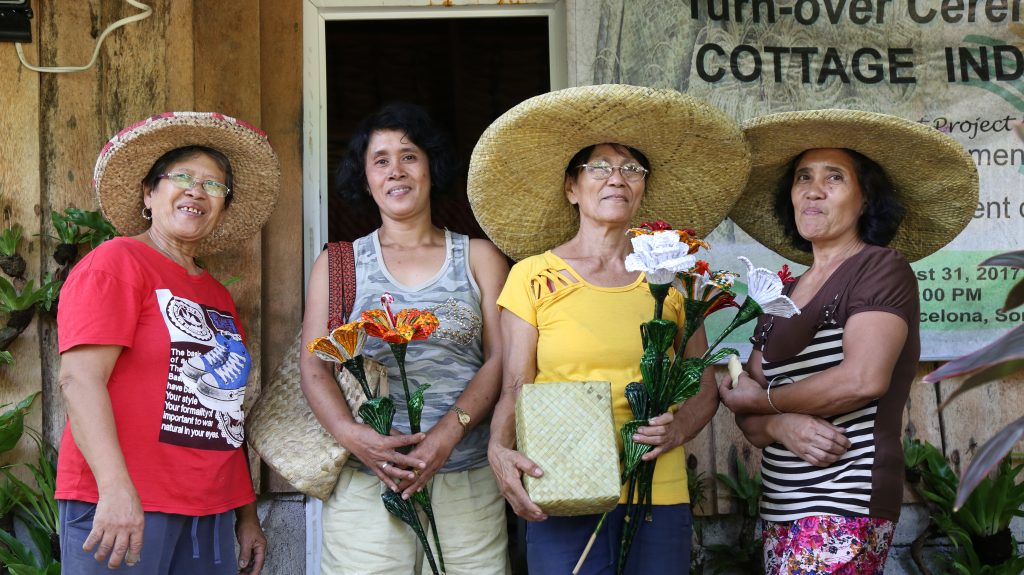