BARCELONA, SORSOGON – To become the biggest supplier of native chicken and native eggs in the province. This is what excites 26-year-old Joreslyn E. Armea to rise before dawn and feed her native chickens.

A member of the Rural Improvement Club (RIC) of Cagang, Armea along with 35 rural women in Barcelona, Sorsogon, engage in “Cagang RIC Native Chicken Production and Marketing”–a microenterprise subproject funded by the Philippine Rural Development Project (PRDP). The project aims to produce live native chicken at least 850 grams to 1.5 kilograms each. PRDP dispersed a total of 35 modules with 18 breeder stock each module to be reared by members of the RIC.

The RIC of Cagang used to engage in handicraft making projects; however, Typhoon Nona, which hit Sorsogon on December 14, 2015, devastated their main source of raw materials. Thus, the group decided to pursue the native chicken project while waiting for the bariw and karagumoy to recover.

Armea shared that before, she barely earns P200 to P250 daily in handicraft making. Now, she gains an additional income worth P500 through native chicken production. Through the subproject, Armea and 34 other members of the RIC received one module composed of ready to breed native chickens (15 females and 3 males), nets, drinkers, veterinary logistics, and feeds. Other interventions from PRDP include 175 pieces of transport cages or crates, 350 pieces of egg trays, 35 units of digital weighing scale and two units of artificial incubator.

The Cagang RIC Native Chicken Production and Marketing is one of the 10 microenterprise subprojects approved by PRDP for calamity-stricken areas in Sorsogon under its enterprise development (I-REAP) component.  ###(Annielyn L. Baleza, DA-RAFIS V) 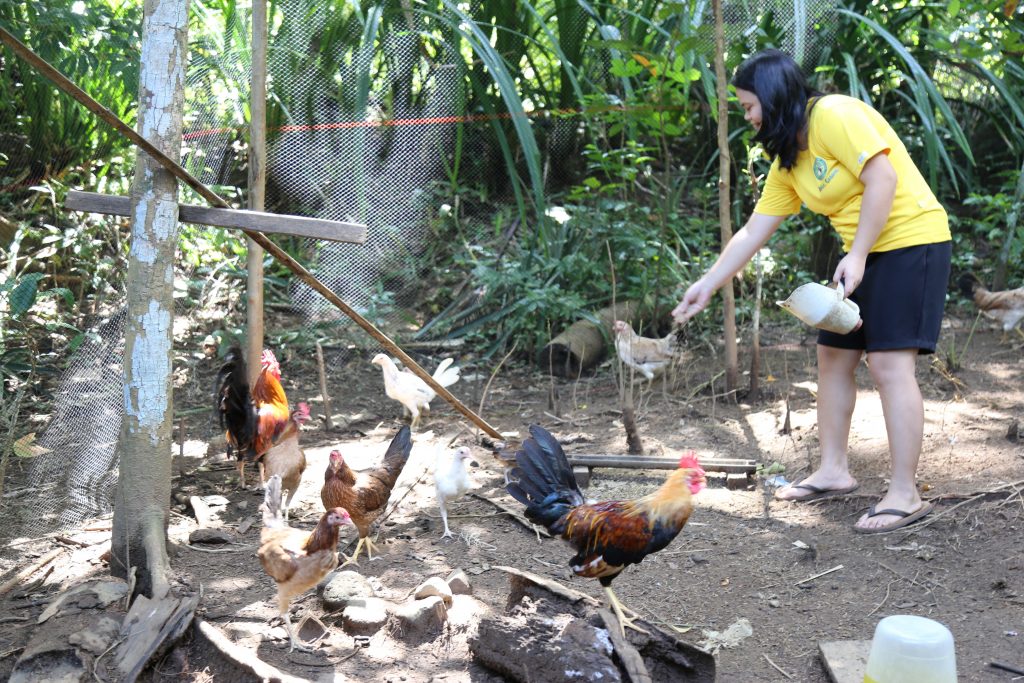