The Nabunturan Farmers Multipurpose Cooperative or NAFAMCO is gearing up for the start of the implementation of the “Cow’s Milk Processing and Marketing Enterprise” subproject which is implemented under the I-REAP component of DA-PRDP. Department of Agriculture Secretary William Dar was the guest of honor at the ground-breaking and capsule laying ceremony at the site of the proposed milk processing facilities last September 8, 2020 where he hailed the start-up dairy project noting the potential in the province. 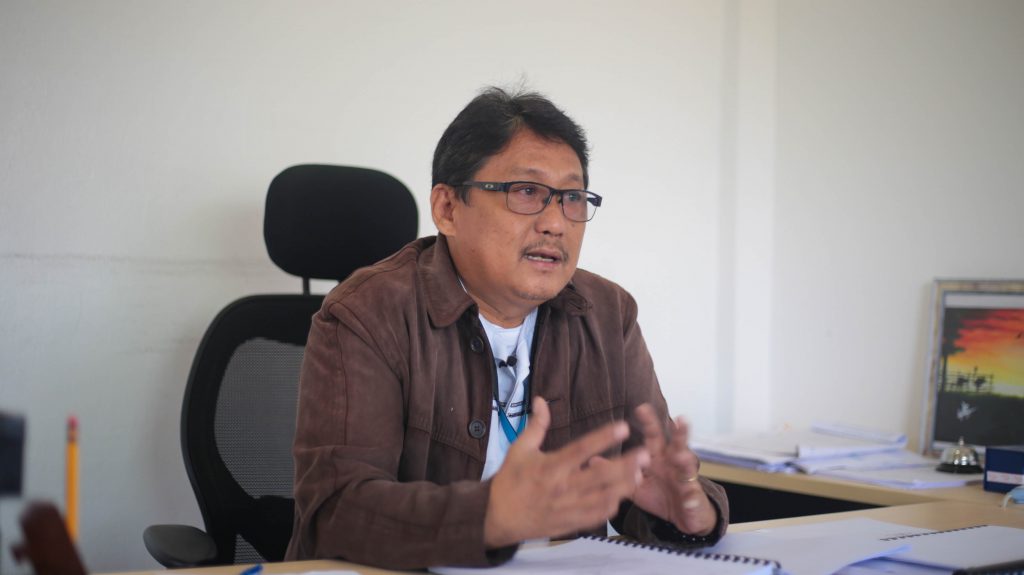 According to Davao de Oro Provincial Veterinarian Dr. Rolando Simene, the enterprise subproject started in 2017 when the provincial agriculturist office sought a way to address the malnutrition among children in the province by developing the dairy industry in the province.  The program to address malnutrition was already institutionalized through the “Kusina ng Kalinga” and many underprivileged children whose families could not afford proper nutrition and thus had limited mental capacity to learn in school had already benefited from the program. Even then, there were a lot of questions regarding the dairy project because at the time the dairy industry in Nabunturan was only limited to a few dairy goat farmers.

“We decided on the applying for the dairy enterprise project with PRDP because at the time the National Dairy Authority had a module which would provide 50 heads of dairy cattle to local governments, cooperatives or associations,” said Simene. “Unfortunately the module itself did not provide the facilities for processing the milk and only provided the cattle, housing and initial feed for 6 months or until the cows could calve.” 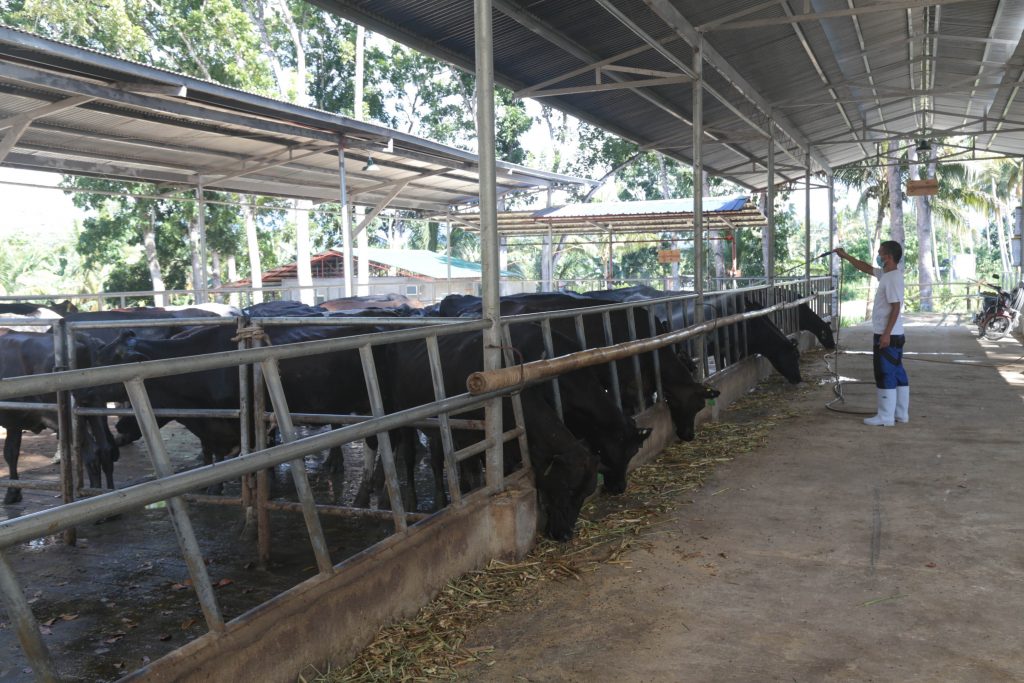 With the cooperation of the PLGU of Davao de Oro, and the coordination with national governments like the NDA and DA, they were able to get an initial stock of 50 heads of dairy cattle which were imported from Australia and eventually transported to the communal farm to begin the dairy project with NAFAMCO who were chosen to as the lead proponent group for their identified capacity to manage the cattle as well as handle the marketing of the harvested milk. 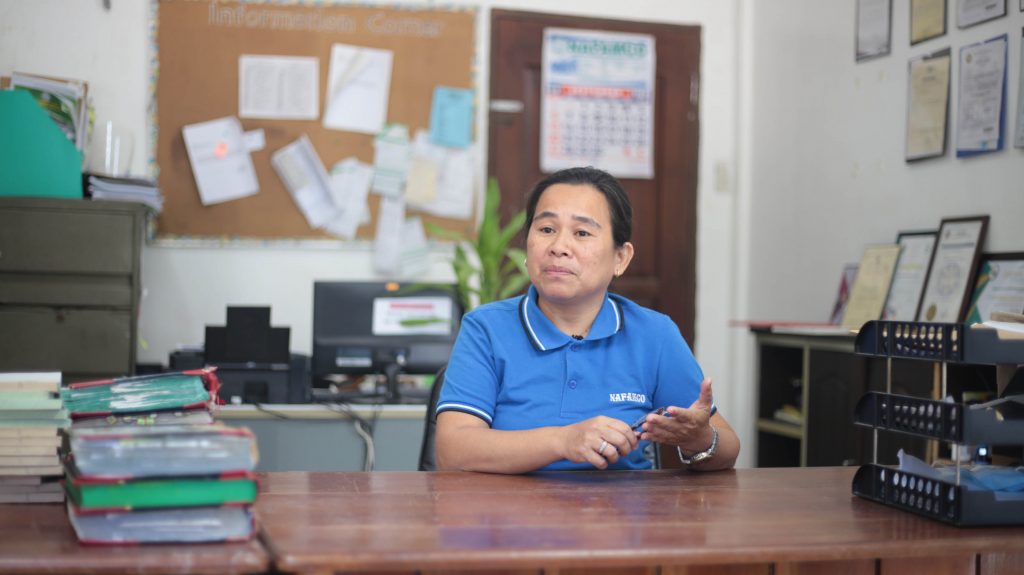 “Right now, we are able to harvest around 400-500 liters of milk from just 34 milk-in-line cows,” said Eden Vallidor, general manager of NAFAMCO. “Unfortunately we have to sell some of the raw milk because we still do not have equipment necessary to process and distribute the milk which would otherwise just spoil”. Vallidor says that their current income is at P7500 a day but with the processing facilities they could get an income of up to P20,000 per day. 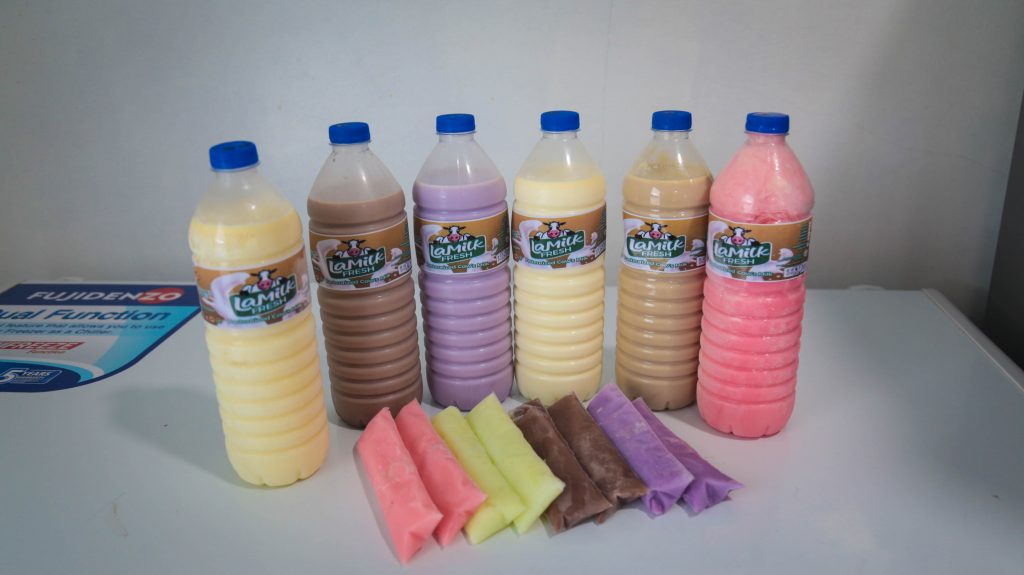 The dairy project is in parallel with the national milk feeding program of the Department of Education, the “Masustansyang Pagkain Para sa Batang Pilipino Act” which provides a sure market for the milk harvested by the cooperative.  Vallido says their supply is sufficient for the needs of Davao de Oro but notes that with the processing facilities, they can not only increase the amount of milk harvested but also improve on the quality and taste. 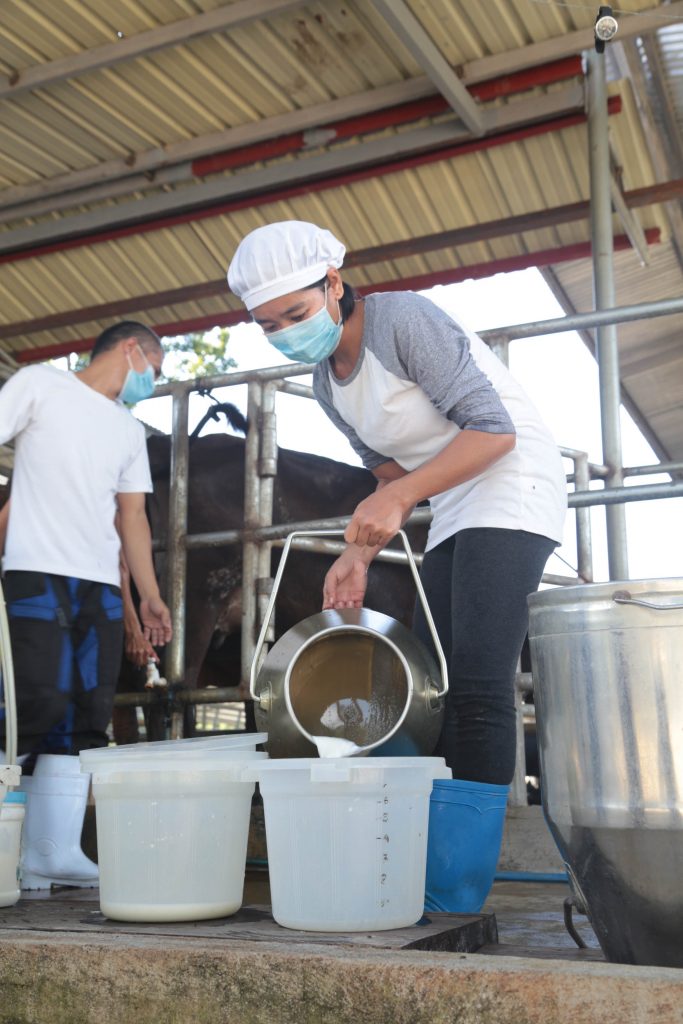 NAFAMCO is currently able to harvest from 400-500 liters of raw milk per day from the 34 heads of milk-in-line cows at the communal farm.

The enterprise subproject already received the no-objection 1 or NOL 1 status and is awaiting the signing of the investment management agreement (IMA) with the province so they can proceed with the procurement process for the needed facilities. (Joseph John Palarca | PSO Mindanao)