BATO, CATANDUANES – “Paano na yung paghanap-buhay? Dito lang kami kumukuha ng pagbuhay,” These were the concerns expressed by abaca farmer Arnold Betco as he and his wife endured the torrential rainfall which seeped through their house as Supertyphoon Rolly’s catastrophic winds blew their roof. From 3 a.m. to 9 a.m., they took cover under their bed for survival.

According to the report from the Provincial Disaster Risk Reduction and Management (PDRRMC), Supertyphoon Rolly, the strongest typhoon to hit the Philippines this year made first landfall in Bato, this province on November 1 leaving over P2 billion-worth of damage to infrastructure and P1.59 billion agricultural losses.

“Wala. Hindi namin alam kung paano mag-umpisa…” Betco, a father of eight, said. But a week after the typhoon, he was encouraged to know that the Abaca Fiber Processing and Trading Enterprise (AFPTE) where he works as a sorter for P300 daily minimum wage has resumed its operation. “Maganda kasi nakakatulong. Araw-araw may kinikita… Hindi katulad noon, pagkabagyo wala… Ang hirap pag wala kang makukunan ng hanap-buhay,” he added.

Betco is one of the 2,500 abaca farmer-members of the Pinoy Lingap-Damayan Multipurpose Cooperative (PLDC), the proponent group which runs the enterprise development (I-REAP) subproject funded under the Philippine Rural Development Project (PRDP).

Nonetheless, Tasarra said that the supertyphoon damaged almost P12.41 million-worth of PLDC’s property, infrastructure, furniture, and abaca products. It also badly hit the abaca areas in San Andres, Virac, San Miguel, Bato, Baras, Gigmoto which consist 75 percent of the enterprise’s fiber suppliers. To sustain its operations, AFPTE will rely on abaca fiber from municipalities with minor typhoon damage including Caramoran, Pandan, Viga, Panganiban, and Bagamanoc for the next 18 months to two years. The enterprise currently buys abaca fiber for P80-90 depending on fiber classification or at an all-in buying price of P85 to P87.

According to PRDP-Bicol I-REAP Head Adelina Losa, PLDC’s application as lending conduit for the Survival and Recovery (SURE) Aid Project, Agri-Negosyo Loan Program (ANYO), Kapital Access for Young Agripreneurs (KAYA) of the Agricultural Credit Policy Council is now for-approval. This will provide the PLDC with P40 million credit fund as the first and only lending conduit in the province. Individual borrowers may avail of up to P500,000 (KAYA) or P300,000 up to P15 million (ANYO) payable not more than five years at zero percent interest. SURE Aid Project on the other hand offers non-collateral, zero interest loan worth P25,000 payable in 10 years.

Also, Losa assured PLDC that the PRDP I-REAP is coordinating with the Philippine Fiber Industry Development Authority (PhilFida) to facilitate the rehabilitation of AFPTE farmer-members’ abaca farm areas. She added that PRDP-Bicol will also lobby for the insurance of PLDC members’ abaca during the nationwide I-REAP coordination meeting scheduled on December 17, 2020.

Catanduanes is known as the ‘Abaca County’ for being the top producer of abaca in the Philippines. AFPTE is a P10.21 million-worth I-REAP subproject being implemented by the PLDC with funding and technical assistance from the Department of Agriculture-PRDP and the Provincial Government of Catanduanes. Since January 2016, it engages in abaca fiber processing and trading as well as trading of bacbac or dried leafsheaths of abaca plant and abaca wastes. (Annielyn L. Baleza, DA RAFIS/PRDP RPCO V InfoACE Unit) 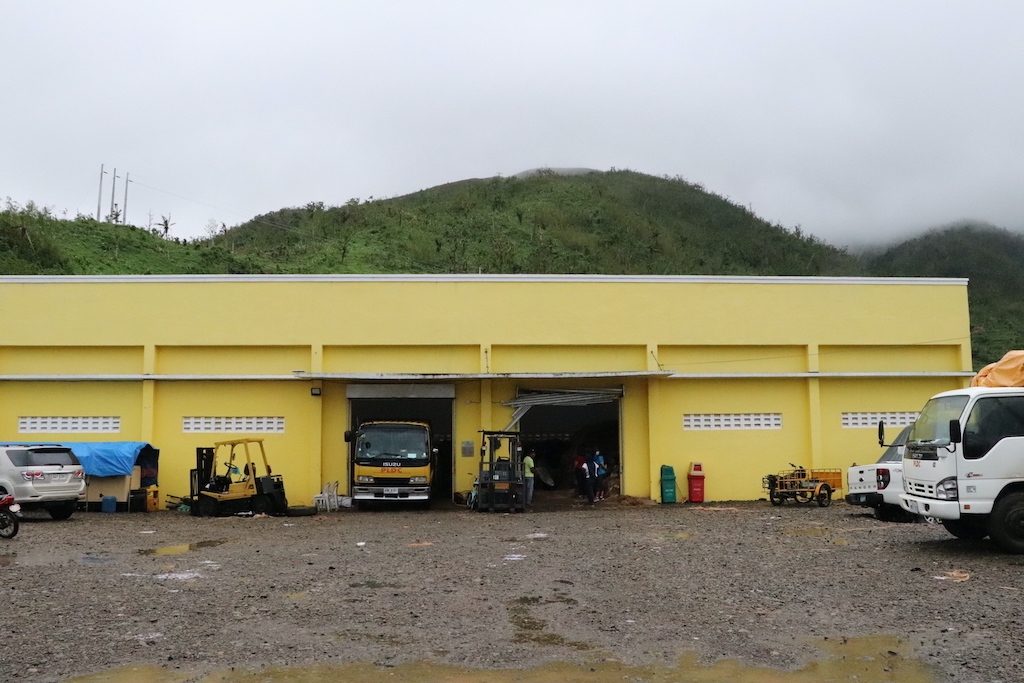 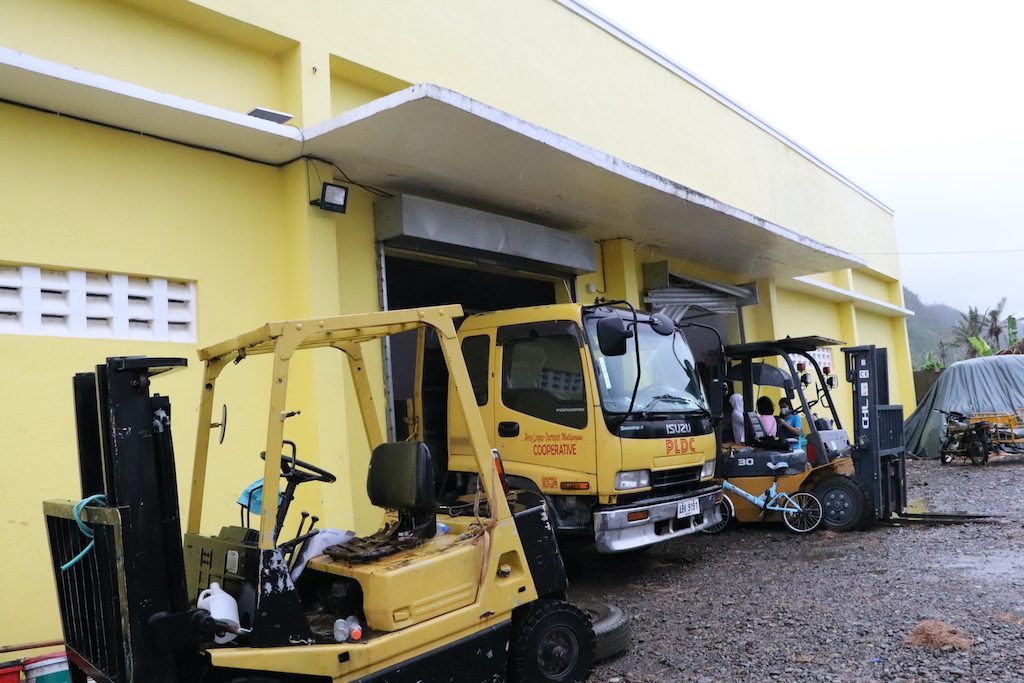 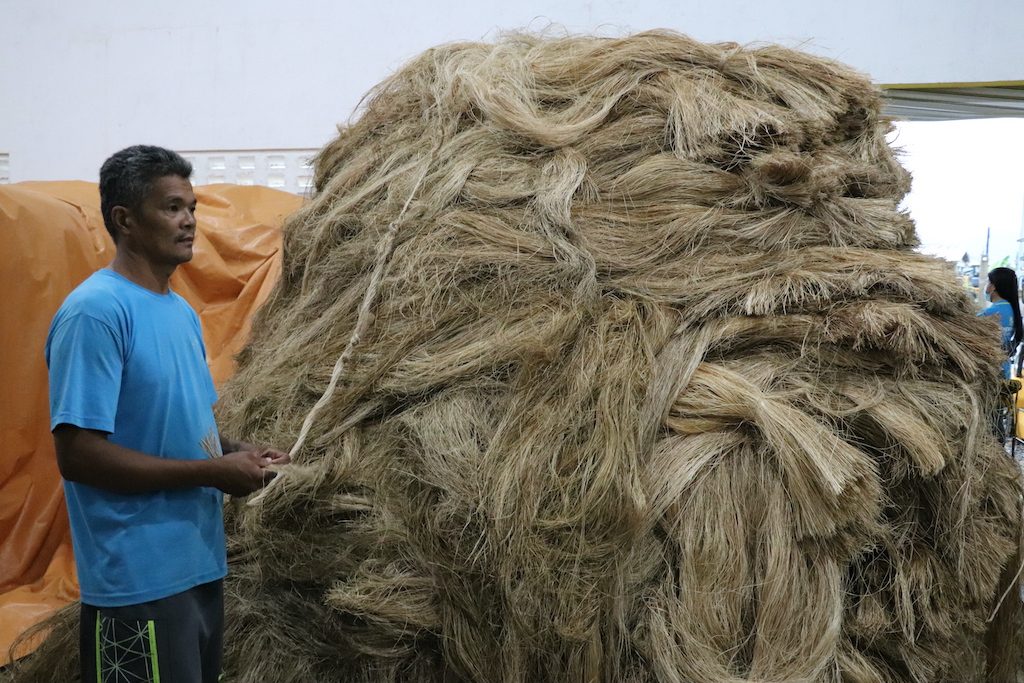