AROROY, MASBATE – This gold-rich town in the Province of Masbate sets a  record in the implementation of its first Philippine Rural Development-funded farm-to-market road (FMR). Despite  some setbacks  in the early part of its implementation  such  as political issues and differences, the COVID-19 pandemic, and the 6.6-magnitude earthquake that recently shook the province, these did not deter the Municipal Project Management Implementation Unit (MPMIU) from completing the 242.56 million worth 15-kilometer infrastructure development (I-BUILD) subproject five months ahead of schedule—a breakthrough in PRDP’s infra implementation nationwide.

Department of Agriculture-Bicol Regional Executive Director and concurrently  PRDP-Bicol Project Director Rodel P. Tornilla led the turn-over ceremony of the Concreting of San Agustin to Tigbao FMR to the local government unit of Aroroy on September 8, 2020 at Brgy. Don Pablo Delarosa, this municipality.

In his message, Tornilla acknowledged the perseverance and teamwork of the MPMIU and local officials from subproject proposal preparation to its implementation and completion.

“Ang success po ng isang proyekto, ang gumagawa niyan parang isang makina. Hindi lang po isang parte ang dapat na gumana para matapos ng maganda ang proyektong ito. Lahat po yan ay may pinagdaanan na may mga nag-contribute para ito ay matapos,” Tornilla said. He recognized the performance of the subproject contractor, ARKY Construction and Supply, as a major contributor to the success of the subproject implementation. He also thanked the barangay officials for their support to the project implementation and underscored their role in the operation and maintenance (O&M) of the FMR. Moreover, Tornilla expressed his hope that the newly-constructed FMR would lead to economic progress in the area as well as increased productivity and income for the farmers and fisherfolk.

PRDP National Deputy Project Director Shandy M. Hubilla, in a message read by PRDP South Luzon Procurement Unit Head Michael Gregory Vargas congratulated the PRDP-Bicol, local officials of Aroroy and the project beneficiaries for the successful implementation of the I-BUILD subproject. He also expressed his appreciation of the perseverance, determination and dedication of the team who worked hard to deliver the PRDP’s project and services to its target beneficiaries in Aroroy.

Mayor Arturo B. Virtucio, on his part, said that the turn-over ceremony was one of the happiest days in his life considering how the project seemed impossible at first.

Municipal Councilor and MPMIU-Aroroy Grievance Redress Mechanism Assistant Unit Head Arturo B. Virtucio II shared the best practices during the implementation of the I-BUILD subproject. Targeted for completion on December 15, 2020, the FMR was completed on July 31, 2020. He credited it to the support of the rural community in providing the labor force in implementing the subproject, bearing with the 24-hour construction work, and the yearning to honor the commitment made by the MPMIU to PRDP. He mentioned the foresight of the contractor to stockpile construction materials, particularly imported cement from Vietnam, prior to the total lockdown caused by the pandemic. He also cited careful selection of skilled workers who followed the instructions and standards set by the Project.

The Concreting of San Agustin to Tigbao FMR is projected to benefit a total of 11,541 individuals or 2,231 households, 1,836 of which are farmers and fisherfolk from five barangays in Aroroy. It is designed to support the coconut value chain by improving access for both farm inputs and outputs to and from the production sites.

PRDP is a national project being implemented by the DA that aims to establish a modern, value chain-oriented and climate-resilient agri-fishery sector. Jointly funded by the World Bank, the national government and the participating LGU, PRDP provides key infrastructure, facilities, technology and information to raise incomes, productivity and competitiveness of its project beneficiaries. (Annielyn L. Baleza, DA-RAFIS V) 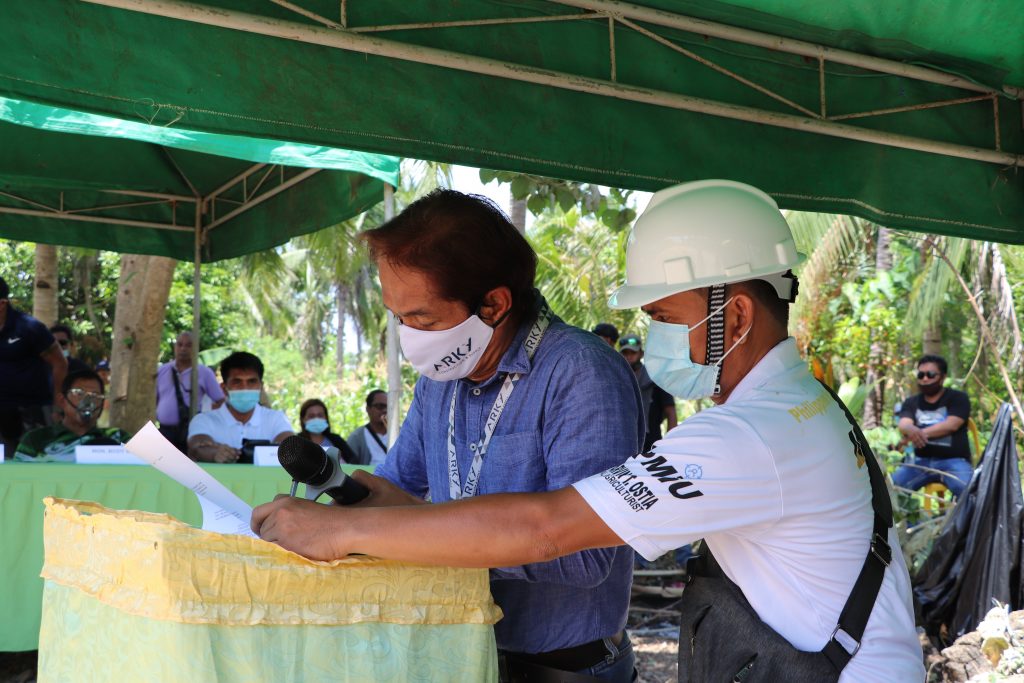 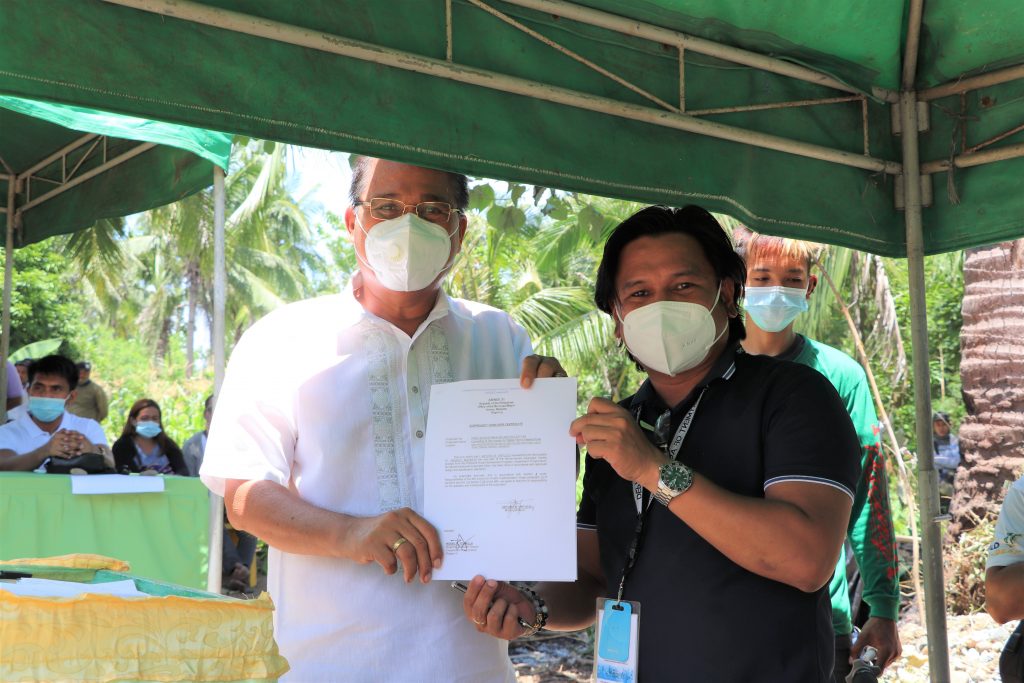 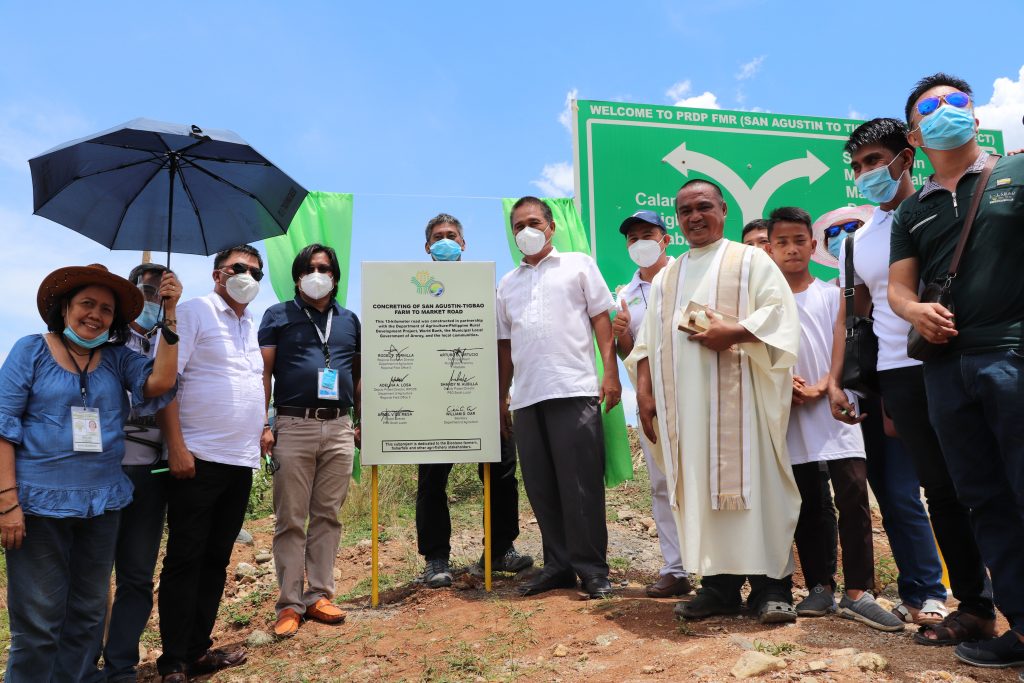 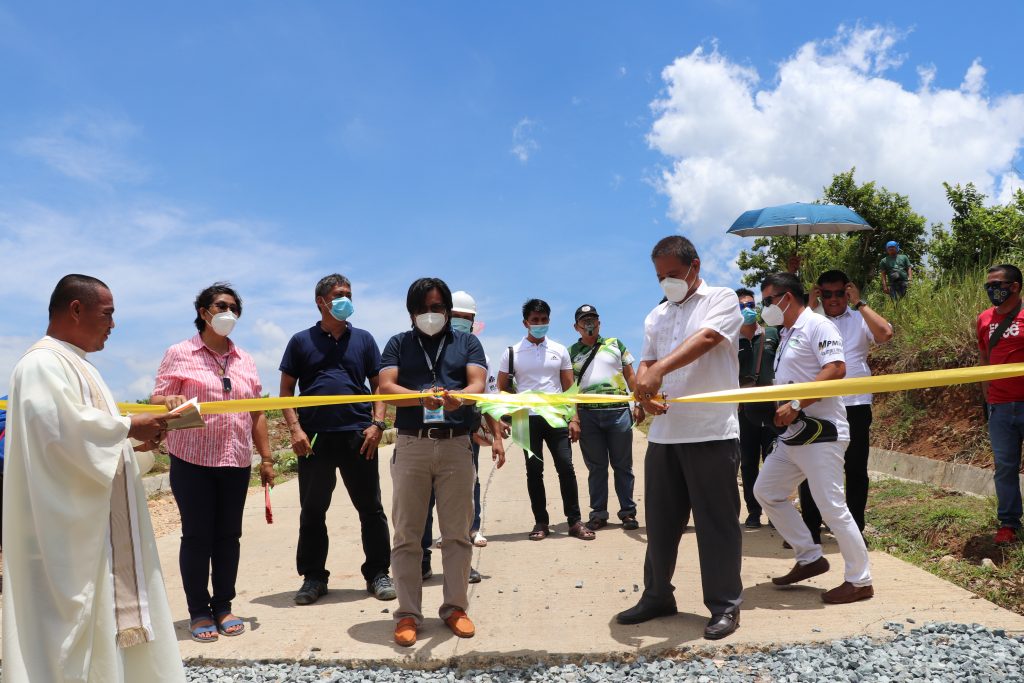 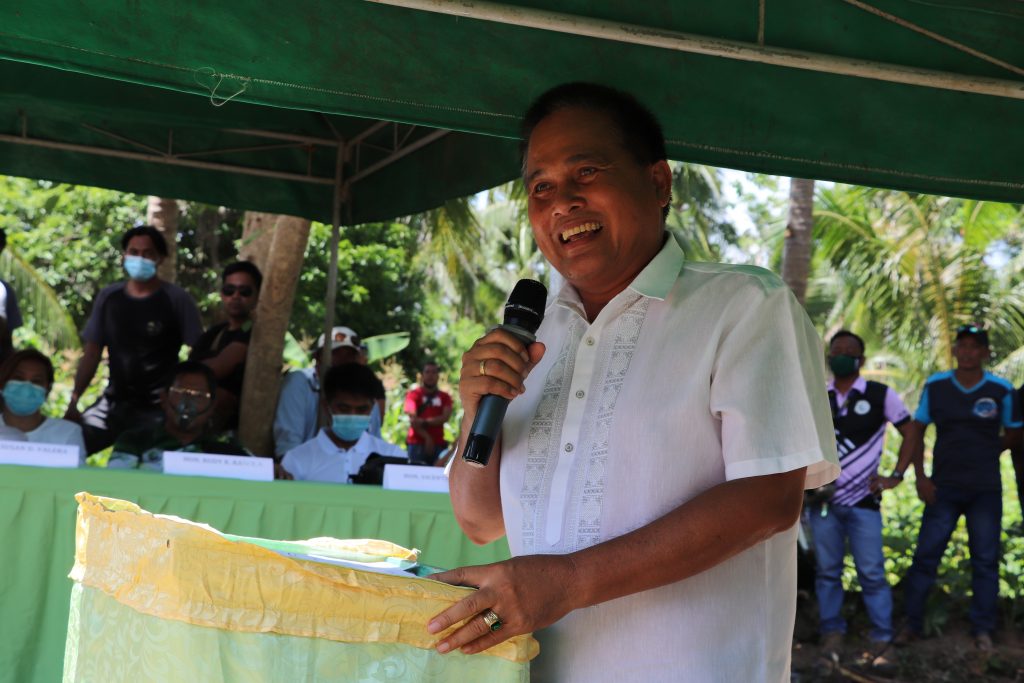 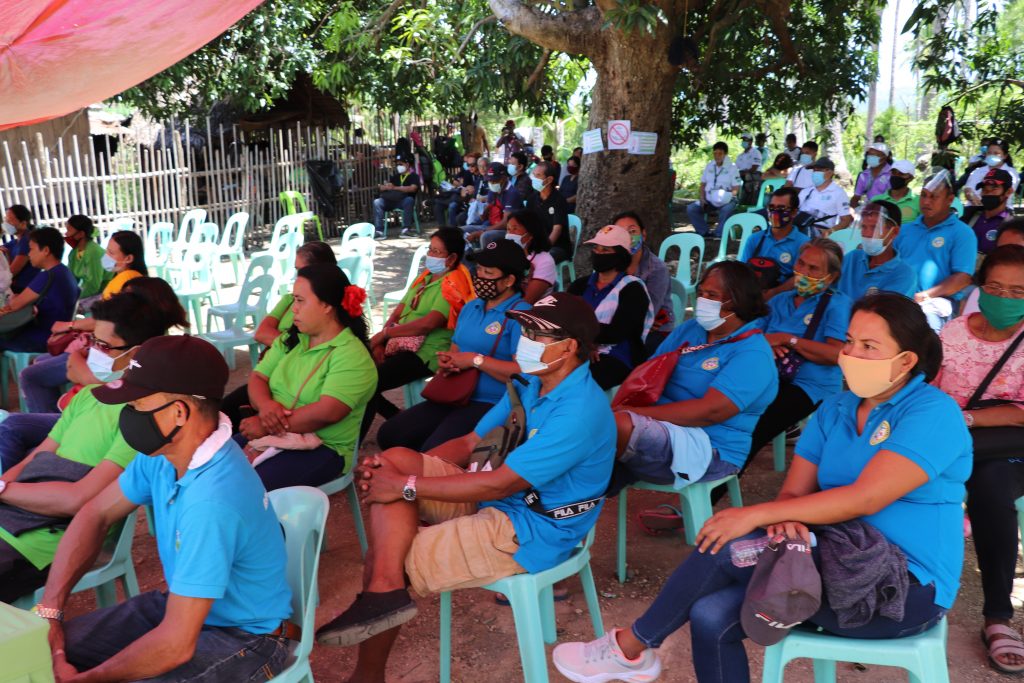 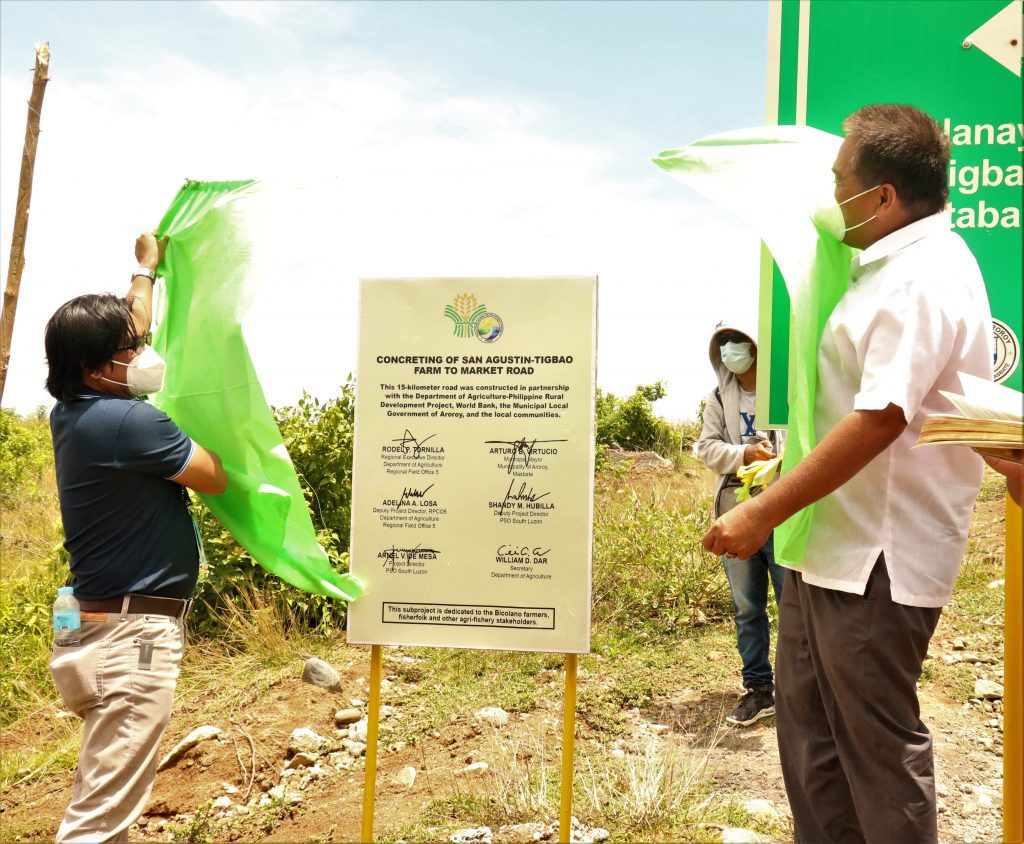