This came after the Cabinuangan Small Coconut Farmers’ Cooperative (CASCOFACO) upgrades its buying and marketing business through the Cardaba banana consolidation and marketing project.

The said project was funded by the Department of Agriculture’s – Philippine Rural Development Project (DA-PRDP).

Located in Purok 1 Cabinuangan, New Bataan, Davao de Oro, CASCOFACO, was registered with the Cooperative Development Authority on May 30, 1996.

Started with only 30 members, the co-op has expanded to 274 members of which majority are rural women. The co-op is primarily engaged in coconut production but with growing demand for Cardaba banana as major ingredient for banana chips production, they ventured into banana-coconut intercropping.

“Each member put up a working capital when we engaged in copra buy and sell business. Since we don’t have enough capital, we can only pay the copra sold to us after our deliveries were paid by the traders in Davao City,” said CASCOFACO Chairman Ismael Polinar.

To maximize their land area, the cooperative ventured in banana-cardaba as well as cacao intercropping. The town has a total land area of 1,980 hectares planted to banana with an average yield 12.5 MT per hectare.

With a target monthly delivery volume of 35.8 metric tons per hectare, only 1.73 percent can be apportioned to the cooperative. This offers an opportunity for CASCOFACO to expand its operations from buying and selling copra to banana cardaba marketing.

In 2012, while the co-op was on the rise Typhoon Pablo hit New Bataan damaging 50 percent of our coconut trees while 100 of our cardaba plantations were damaged.

“Due to the calamity, we could hardly collect dues from our members especially our working capital. What we did is to gave our employees separation fees then re-hired them as volunteers,” Polinar said.

With the various assistance from government and NGOs, CASCOFACO recovered from the calamity and was given the chance of building back better.

“We engaged in cacao business with the assistance from NGOs and DA-High Value Crops Program. They also helped us rehabilitate our Cardaba plantations,” Polinar said.

The better opportunity also came their way with the assistance of the Philippine Rural Development Program or PRDP.

“Transporting products from our members is a major challenge during harvest time. So we incorporated in our business plan the procurement of hauling truck,” Polinar said, adding that on top with other assistance PRDP assistance such as storage room, weighing scales, and plastic crates,

The hauling truck from PRDP enabled them to expand their trading operations and increase volume of product consolidation as they can now reach more remote production areas. 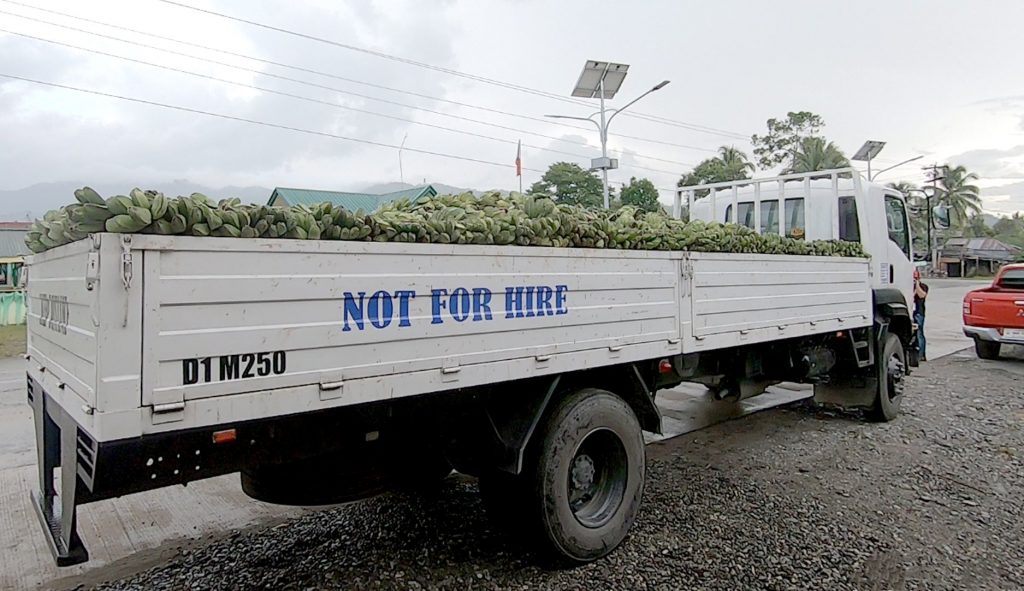 The P3.35 million hauling truck is now provides support in hauling and transporting the products of the cooperative.

“We used to cover only five barangays but with the hauling truck we can cater to almost all barangays in New Bataan including some areas within the adjacent town of Compostela,” Polinar said.

Other traders only buy Cardaba at P7 per kg, but CASCOFACO offers a better price of P12 per kg and sold it to Prime Fruits at P14 kg. 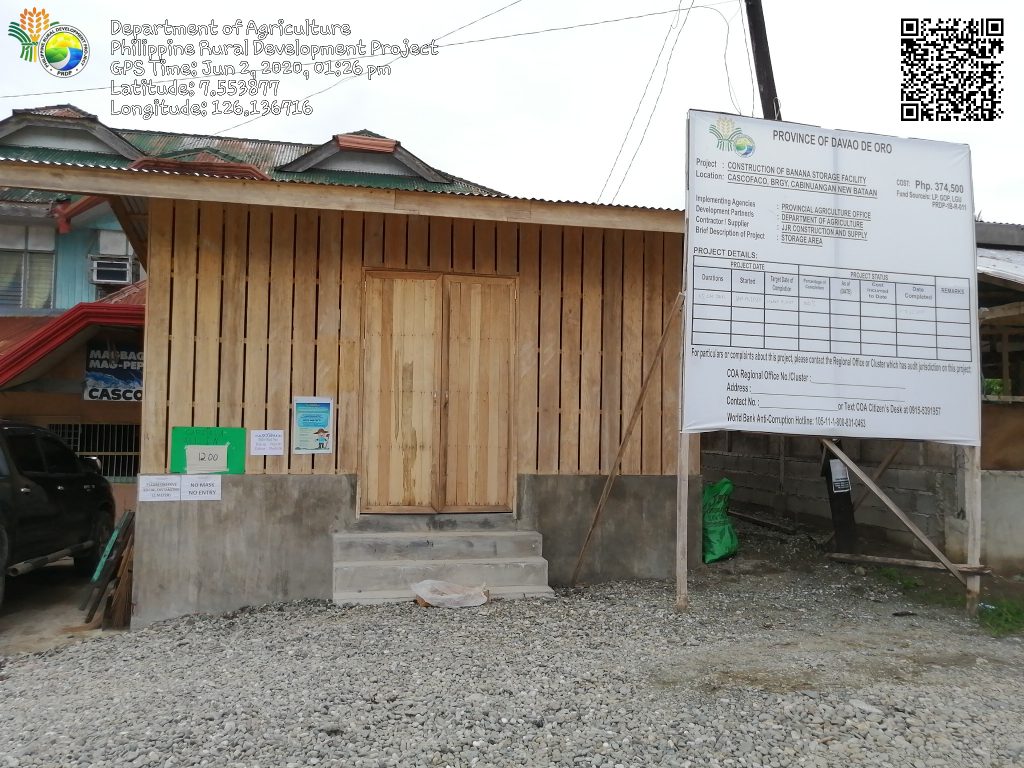 Prime Fruits is a leading exporter of high quality banana chips and dried tropical fruits based in Tagum City, Davao del Norte. Its markets include US, Europe, Asia Pacific and Middle East.

“This helps our farmers decide to sell their Cardaba to co-op and no longer left short changed by middlemen,” said CASCOFACO Manager Imee Aspiras.

Farmer-members selling their produce to the co-op receives a patronage refund and dividend on top of the increase in buying price. This encourages other farmers to join the co-op.

CASCOFACO has generated jobs in community especially among out-of-school youth and rural women.

“Our haulers, laborers and helpers were used to be idle until we hire them as on-call laborer. With co-op’s continuous operations, they seems to have regular income,” said co-op’s manager Imee Aspiras.

Better price leads to better income enabling farmers to invest in other livelihood. “Most of our member are now expanding their production areas. We are also tending to other crops including hog raising to have more sources of income,” said co-op member Florentina Lopoldo. | NTP-InfoACE XI Photos by Janelle Flores