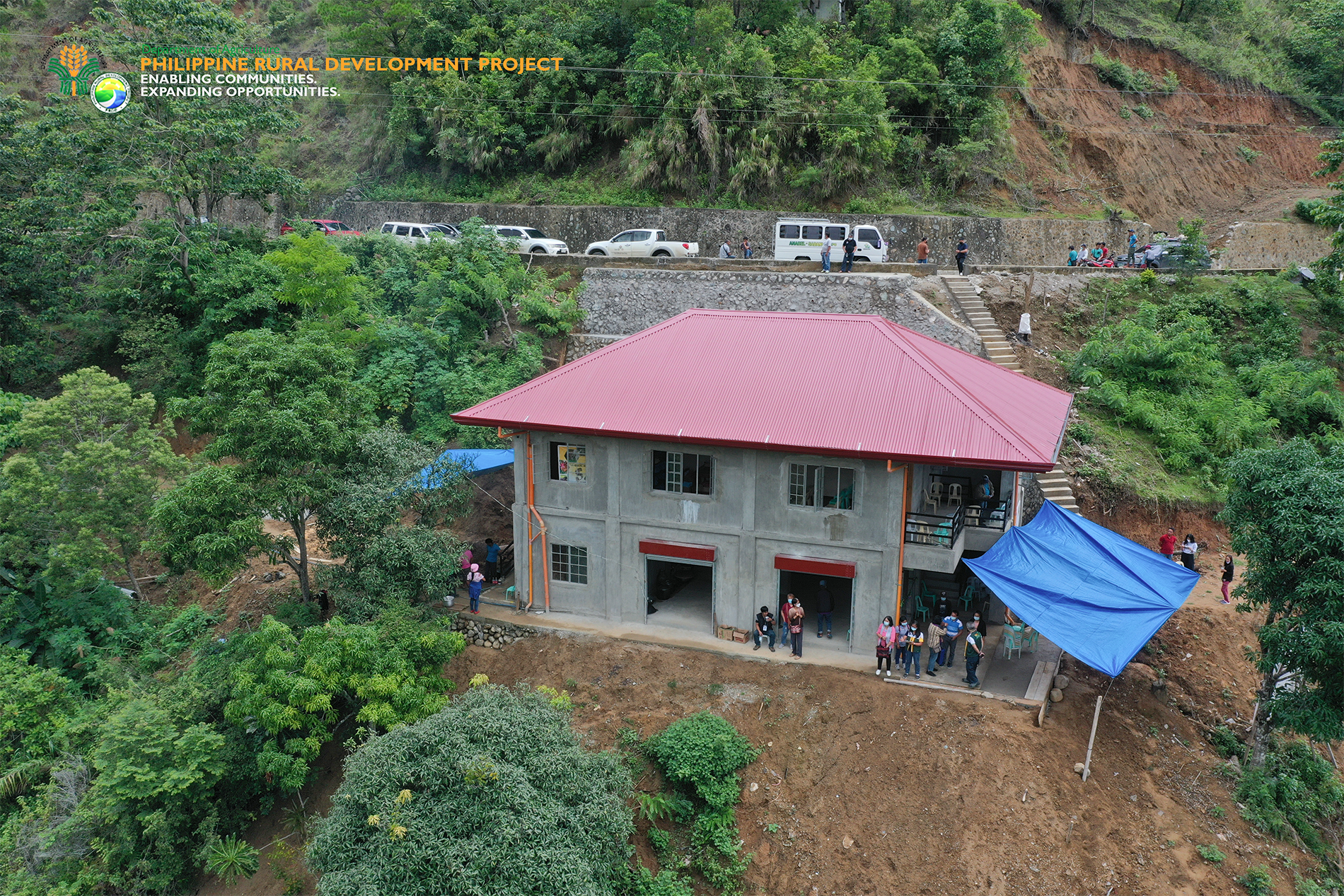 The newly completed Heirloom Rice Center in support to the Heirloom Rice Consolidation, Processing, and Marketing Enterprise of the Anabel-Sadanga Multi-Purpose Cooperative/

The PhP9.47 million-worth Heirloom Rice Consolidation, Processing, and Marketing Enterprise subproject in Sadanga, Mountain Province was formally launched and turned over to the Anabel-Sadanga Multi-Purpose Cooperative (ASMPC) on July 30, 2021.

With the turnover, the enterprise can now proceed to process and market the heirloom rice of farmer-members for their own benefit.

Implemented under the Department of Agriculture’s Philippine Rural Development Project (DA-PRDP) and the provincial local government of Mountain Province, the enterprise was conceptualized to uplift the lives of heirloom rice farmers in Sadanga, and to further develop the local heirloom rice industry.

During the program, Assistant Provincial Agriculturist Maryjane S. Tumapang shared that the enterprise subproject is a partnership between the DA-PRDP, the PLGU, and the ASMPC, wherein 60% of the initial project cost amounting to PhP9.16 million was funded through World Bank loan proceeds, 20% from the DA, and 20% from the PLGU.

“The price for the goods increased during the implementation and additional structures need to be constructed for the civil works. Thus, the PLGU and the ASMPC each shelled out more than 20 percent of the total cost as counterpart for the enterprise subproject,” Tumapang added. 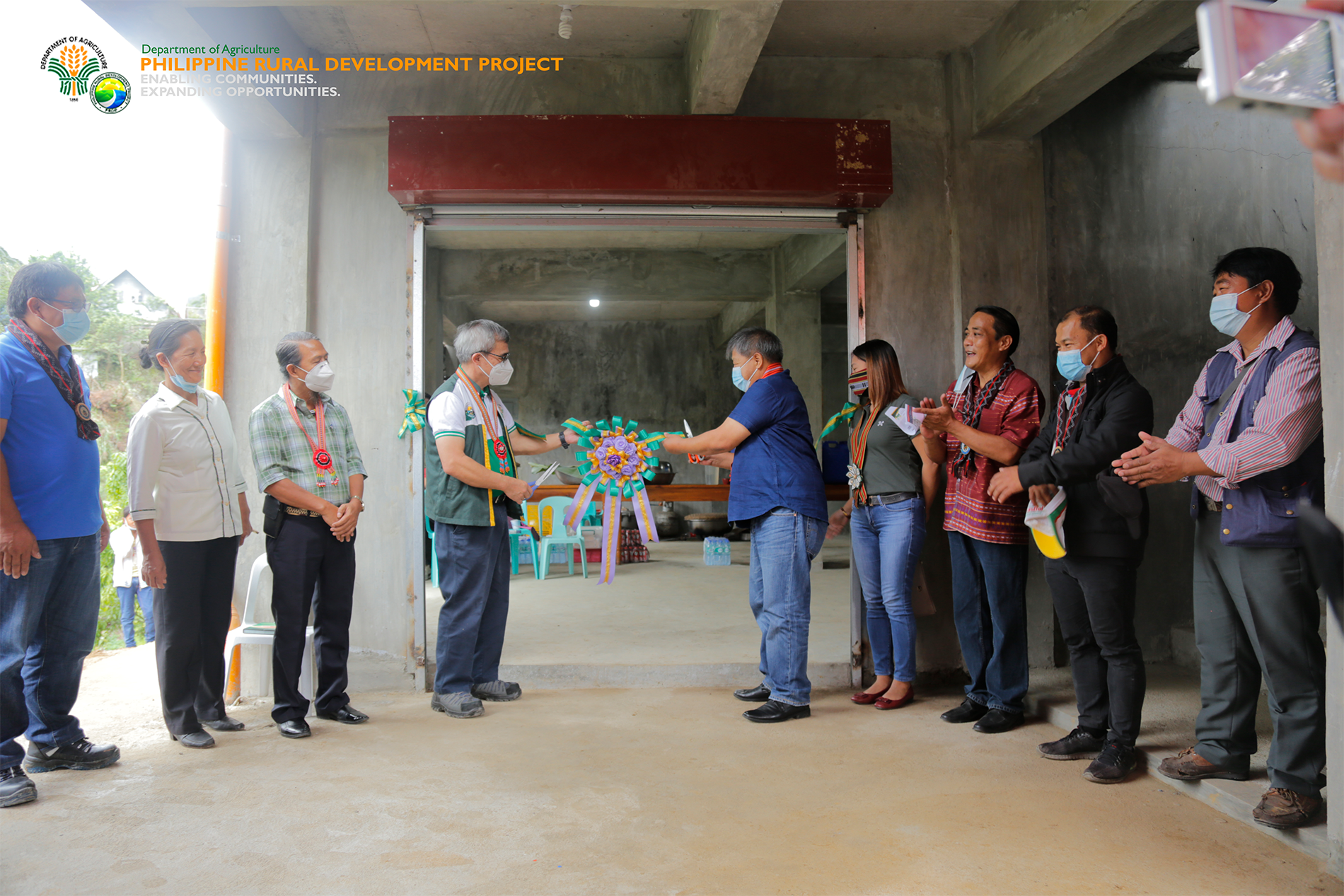 Governor Lacwasan also lauded the staff of the provincial government and the DA-PRDP for their efforts, and also the Sangguniang Panlalawigan for approving the counterpart fund for this heirloom rice enterprise project.

“This subproject is an example of a good public-private partnership where the needs of the people are delivered. On the part of the provincial government, we are happy to be a part of this project and we are thankful for allowing us to give service to the community,” Governor Lacwasan said.

Deputy Project Director Mananes further hoped for the project to be the venue for Sadanga farmers to make their heirloom rice products available and known in national and international markets.

“It’s not only the rice, but we are also selling the culture behind the product, and I hope that through this project, we will not only introduce the rice, but also the people who nurture and produce it,” Director Mananes added.

In his message, Director Odsey emphasized the importance of consultation with the community and the beneficiaries.

“A project, when consulted properly, will ultimately result to a successful one such as this. This cooperative is a proof of convergence of assistance from various government agencies and the community, a partnership that should be replicated,” Director Odsey said.

The launching of the enterprise subproject also included the turnover of the recently completed Heirloom Rice Center that will be used as a consolidation, processing, and marketing facility for the heirloom rice produce of farmers in Sadanga and in some barangays of nearby municipalities. The ASMPC also received a customized rice mill (for specialty rice), a thresher, a hauling truck, and also trading capital in the amount of PhP424,000 that was given in 2020, which will be used to buy raw materials (dried palay).

With the upgraded services of the cooperative, ASMPC member Aurelia G. Ginawa from barangay Bikigan, Sadanga now looks forward for more farmers, especially in the far-off barangays of Sadanga to be served through the enterprise.

“The facilities provided will definitely provide more help not only to the heirloom rice farmers, but to their family, to the community,” Ginawa added.