Traditionally grown in Kalinga, the production of heirloom rice for the market can be traced back in the early 2000s, or even earlier. In 2006, it was recognized as a special premium rice in the foreign and local markets, through the intervention of various organizations, such as the Revitalize Indigenous Cordilleran Entrepreneurs, Inc. (RICE Inc.), the Philippine Rice Research Institute (PhilRice), the International Rice Research Institute (IRRI), and the DA-CAR, among others.

Over time, small-holder heirloom rice farmers in Kalinga were soon organized into self-help groups, and later federated into a bigger group in 2016. One group, the Kalinga Rice Terraces Farmers Agriculture Cooperative (KRTFAC), started with 68 initial members has grown into an organization with a total membership of 158 heirloom rice farmers from the municipalities of Pasil and Lubuagan. In terms of membership expansion, KRTFAC BOD member Jane Lumas-i shared that they cannot accommodate new members who claim to have been producing organic heirloom rice without legit organic certification since their products were certified by the Organic Certification Center of the Philippines (OCCP).

With the initiative of the said organizations, the members of the KRTFAC have been trained not only on quality production but on the operation and management of the production, and processing-related machines and implements to meet market product standards. They have also undergone trainings on Internal Quality Control/Inspection, Natural Farming System, other organizational trainings, and participated in several trade fairs to promote and market their products.

Over the years, the KRTFAC have continuously consolidated, processed, and marketed organically produced and OCCP-certified Kalinga heirloom rice, specifically the Unoy (chong-ak), Jekot (red, black, and white), and the Ulikan (red) varieties to international and domestic markets. However, the international marketing of heirloom rice has halted due to the current COVID-19 pandemic.

Now, with the support of the Department of Agriculture – Philippine Rural Development Project (DA-PRDP) and the Provincial Government of Kalinga, the KRTFAC can now upgrade their heirloom rice venture with the operations of their enterprise subproject on the consolidation, processing, and marketing of heirloom rice.

For their enterprise subproject under the DA-PRDP, the KRTFAC received processing equipment and supplies such as plastic pallets, rubberized rice mill, moisture meter, weighing scales, laminated and ordinary sacks, bag closer machine, among others, amounting to PhP3.176 million, with counterpart funding from the World Bank loan proceeds, the DA, and the PLGU Kalinga. The KRTFAC also shelled out a 20-percent counterpart in kind – the existing processing building of the cooperative located at Bulanao, Tabuk City.

Along with these materials, the KRTFAC also recently received a trading capital amounting to PhP1 million that will be used to buy heirloom rice palays from its members.

KRTFAC Manager Rowena D. Sawil expressed that the support provided by the DA-PRDP will greatly aid their operations.

“The goods and equipment we received are really helpful in our consolidation and processing activities. We can now haul raw materials from the rice farmers in the heirloom rice-producing barangays of Pasil and Lubuagan. Also, we can now accommodate all the products of the farmers and pay them directly with the trading capital,” Sawil added.

The goals of the enterprise subproject include increasing farms productivity, product quality and income of heirloom rice farmers; strengthening and sustaining the heirloom rice enterprise contributing to the development of the value chain; and improving the Kalinga heirloom rice competitiveness in expanded market channel access.

Having been known in the international market, the enterprise has a big opportunity to grow as there is high demand for heirloom rice and commands higher prices in both domestic and international markets.  ### Elvy Taquio Estacio (DA-PRDP RPCO-CAR InfoACE) 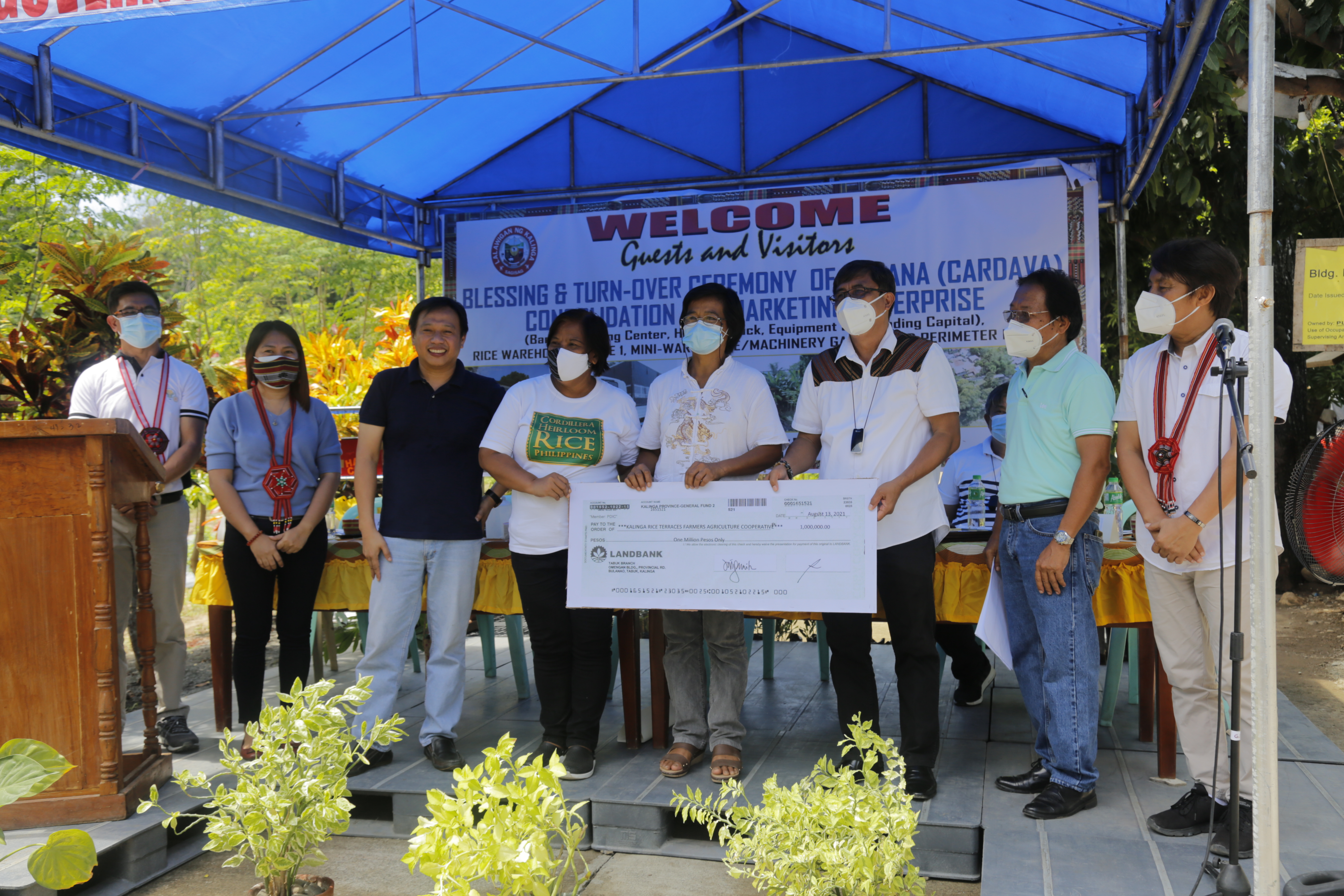