Yakap at Halik Multipurpose Cooperative Quezon 2 (Yakap at Halik) is creating new opportunities for its members through the grouper production enterprise, it partnered with the Philippine Rural Development Project and the municipal government of Padre Burgos, Quezon.

“Dahil sa proyektong ito nakapag-patayo kami ng tindahan sa aming bahay, nadagdagan ang pinagkukuhan namin ng kabuhayan at sigurado kami na may makukuhan kami sa panahon ng pangangailangan (Because of this project, my family was able to open a sari-sari store in our house, widen the sources of income which assure us that we can get something in times of needs),” Nelson Angeles, a member of Yakap at Halik, and one of the workers in the enterprise, said when asked what are the project’s impact on their personal lives.

This enterprise allows 28 members of the cooperative, out of the 1,432 total members, to work in the development of their grouper or lapu-lapu enterprise. Their production site is located in the Ipil river in the said municipality where traders from Lucena City buy fish to sell in Metro Manila, particularly to Chinese restaurants.

Enrico Derama, general manager for the grouper enterprise, said that they have a high mortality rate in the beginning. During their first harvest in January 2018, they were only able to harvest groupers worth P22,623.

While there are some members that started to lose hope due to the number of production-related problems, Derama and most of its members decided to research and network with other grouper producers.

It is fortunate that they were able to talk with some producers in Zamboanga who taught them various techniques to decrease mortality and lessen the impact of bad weather.

Through their hard work and perseverance, the association harvested worth P119,032 in July 2019, which is almost five times higher than their first produce.

In order to ensure that they have a monthly harvest, they have started fingerling segmentation which is a process of caging groupers according to their size.

These 28 cage operators also receive other benefits from the enterprise. They are also being compensated for the construction and maintenance of the cages as well as for protecting the production site from outsiders and bringing trash fish to the groupers.

For their expansion, they are currently in the process of looking for other Yakap at Halik members who want to become cage operators. In the future, they are also planning to grow red lapu-lapu as it sells at a higher price than the green lapu-lapu as well as the creation of fish nursery so they can have a ready source of grouper fry which they can sell it to other producers.  ### (Lawrence Albert Bariring, DA-PRDP CALABARZON RPCO InfoACE Unit) 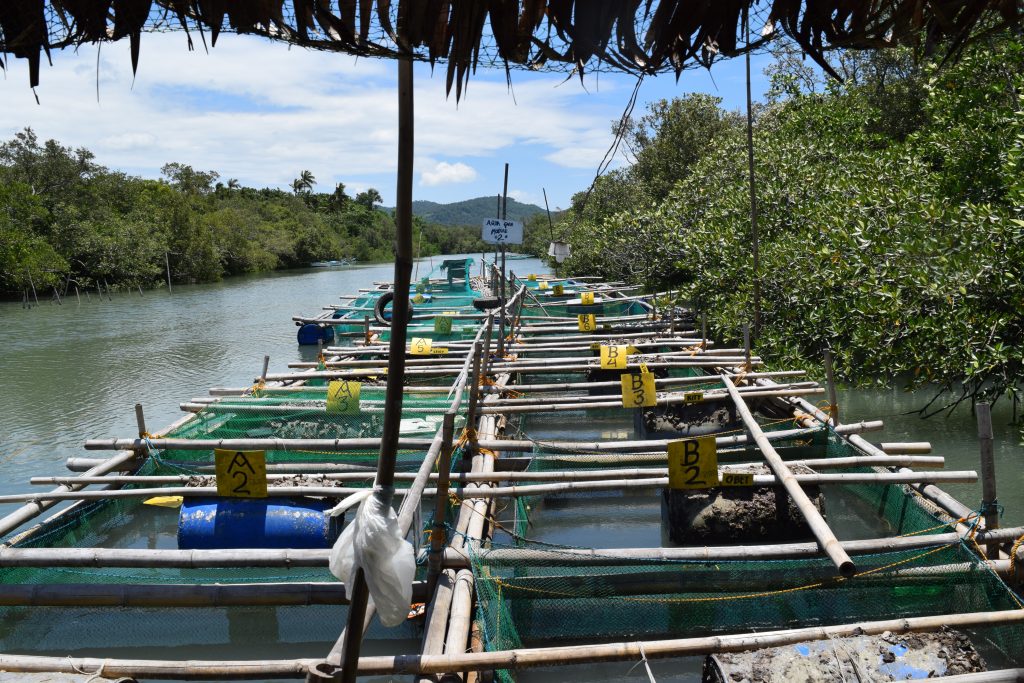 Located in Ipil River, their production site, which consist of cages and central hut, is protected by mangrove forests. 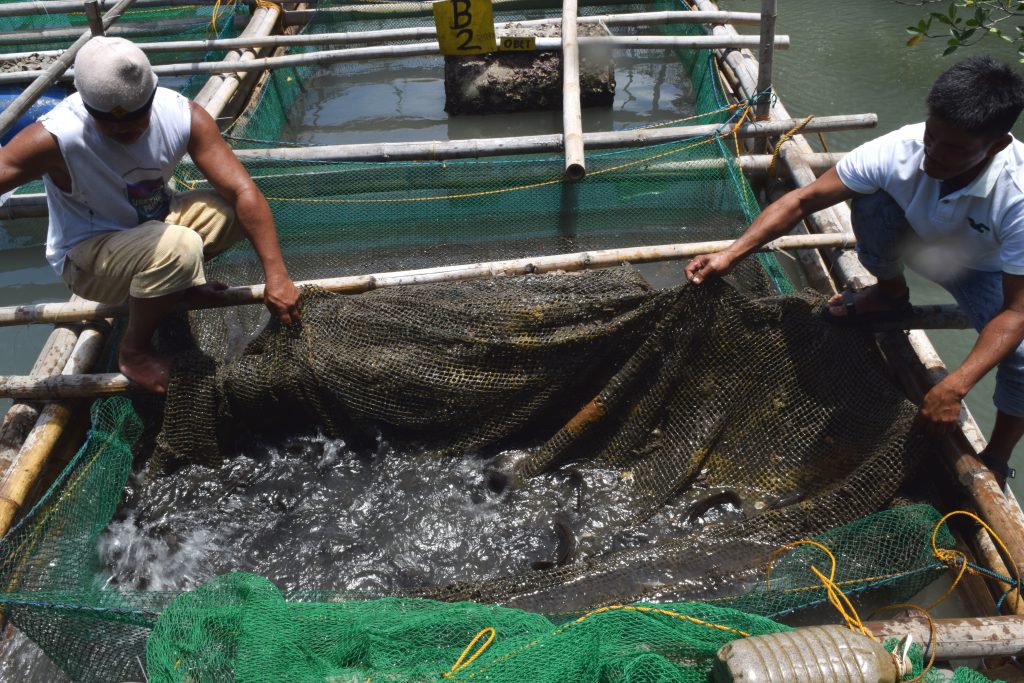