Fishers’ Group Start to Reap Fruits of their Labor

As the saying goes, what you sow is what you reap.

For the members of the Anunang Gamut Fishermen’s Association (AGFA), life is definitely making a turn for the better now that they have started harvesting from their Bangus Production and Marketing project under the Department of Agriculture – Philippine Rural Development (DA-PRDP) Enterprise Component. 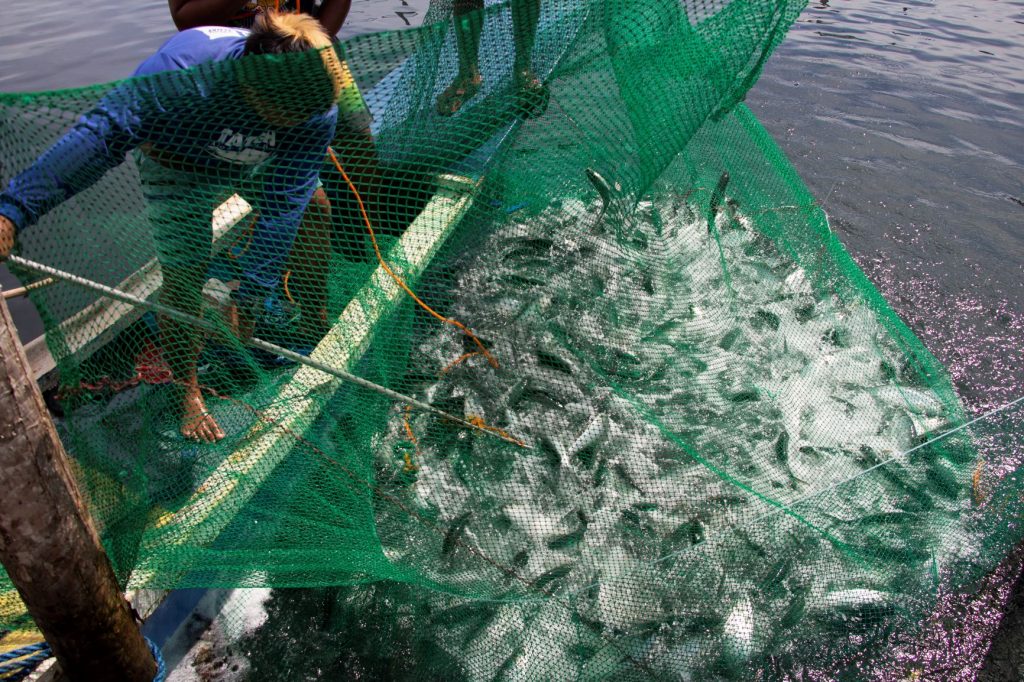 The AGFA is a Fisherfolks’ Association from Sitio Anunang, Brgy. Gamut, Barobo, Surigao del Sur. Association Chairman Manuel Cahilis said that most of the residents in their area rely on fishing for their livelihood.

However, according to Cahilis, prior to availing the project from the DA-PRDP, the people went on with their fishing activities individually. Because of this, marketing of their Bangus was limited to local buyers since their harvest was just minimal.

Wayback in 2011, the AGFA availed of a livelihood project through the Community Fund for Agricultural Development (CFAD) under the Mindanao Rural Development Program. With their Bangus Production Project, they were granted one loaded fish pen. 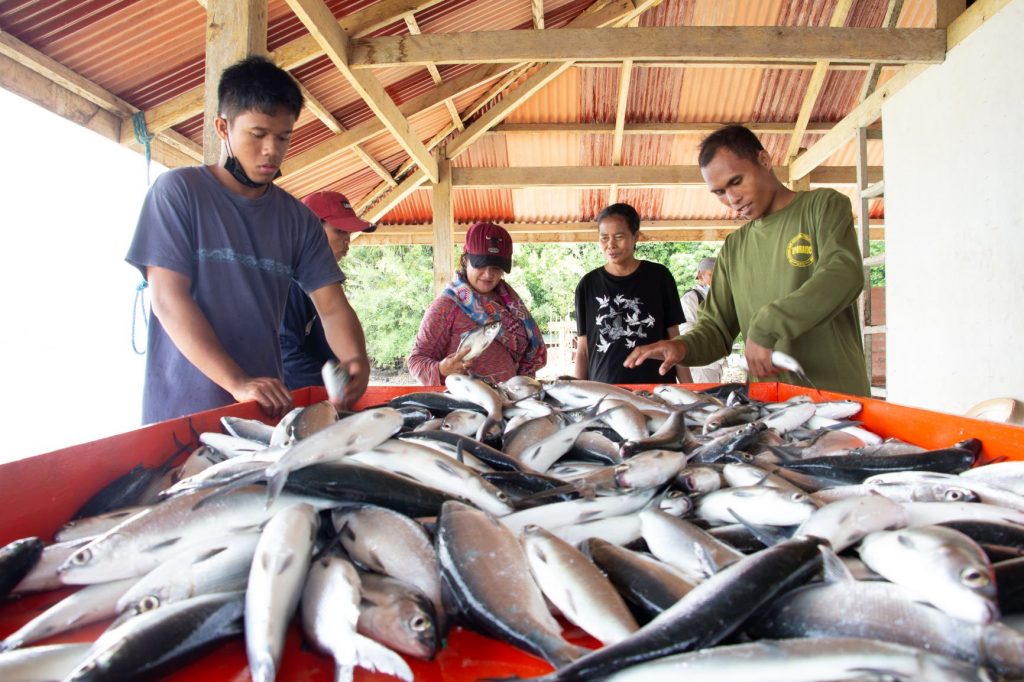 Members of Anunang Gamut Farmers’ Association (AGFA) and representatives of the buyer sort the harvested bangus according to its sizes.

However, their supply was still not sufficient to meet the demand for the said fish in the markets. Hence, they applied for an expansion of the said endeavor through the project under the DA-PRDP.

“Now that we have this project, it has really made a big difference. With the additional fish pens, we have more harvest and we can be sure to meet the demand of our contracted buyer. This also means more income for us members of the association.” Cahilis said.

The Bangus Production and Marketing Project was implemented early this year. The AGFA was granted 2 units of fish pen and was linked with a buyer from Bayugan, Agusan del Sur, Roy Bokingo. A total of 30,000 fingerlings were released on the two fish pens in June of this year. 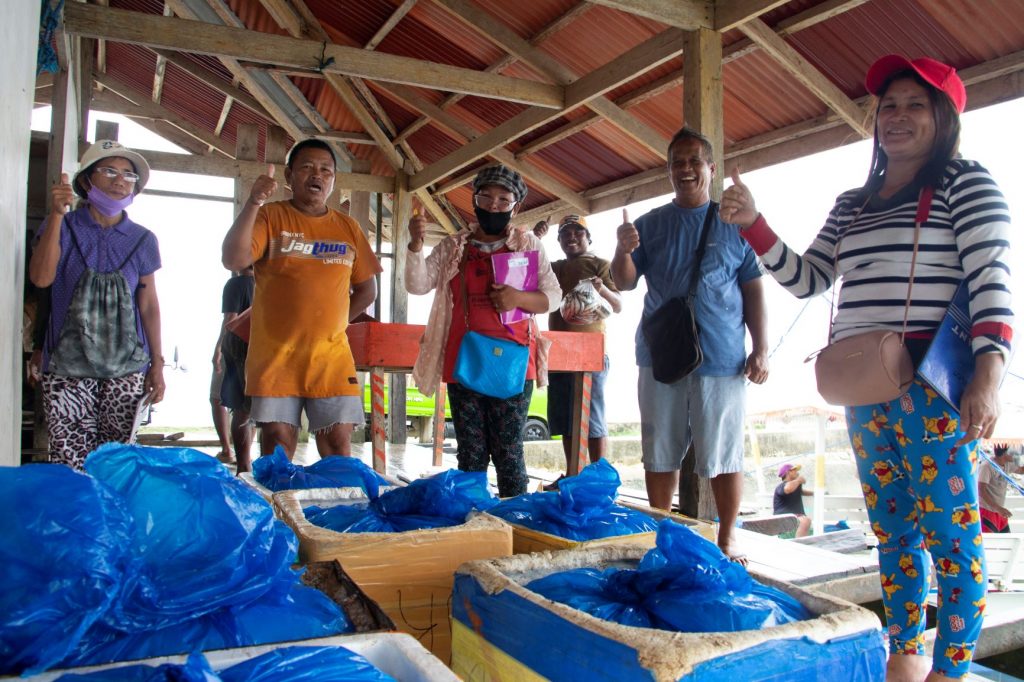 On November 16, the AGFA had their first harvest from one of the pens and got 2,456 kilos which amounted to P270, 210. They will be harvesting again once they receive the order from the buyer.

Cahilis said that their Bangus project really made a difference in the lives of the members of AGFA. “Our way of living now is a lot better thanks to this project,” he said. (Vanessa P. Sanchez/DA-PRDP13InfoACE)