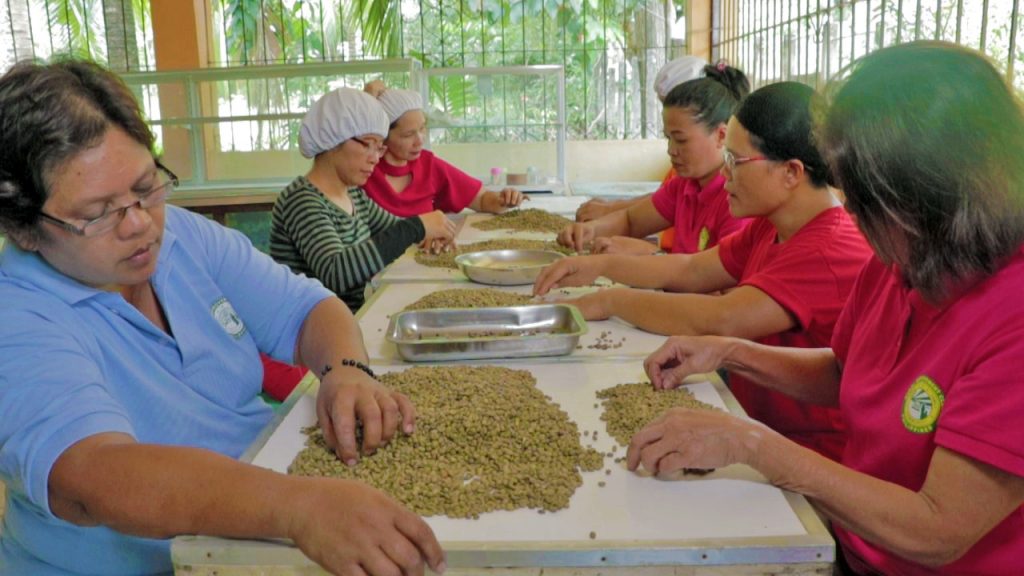 According to a 2011 FAO report, women produce over 50 percent of the world’s food and comprise about 43 percent of the agricultural labor force, both globally and in developing countries. In the Philippines, women are involved in a variety of production and farm management activities and are engaged even more intensively in agricultural work than men. Whereas before, women took on more of a support role to their male counterparts, women through the years have stepped up in terms of their contribution to food production and the rural economy and have steadily taken on more progressive roles of leadership.

In line with empowering women in the agriculture and fisheries sector, the Department of Agriculture Philippine Rural Development Project (DA-PRDP) has been continuously providing support to women either as beneficiaries of their infrastructure subprojects through their I-BUILD component or as members of the lead proponent groups of their enterprise subprojects through their I-REAP component. During the 9th World Bank Implementation Support Mission, it was reported that a total of 125,000 women benefitted from completed subprojects, which represented 47% of the total beneficiaries and 46% of the end of project target.

One of PRDP’s goals with the I-REAP Component is to encourage women’s participation to have an equal representation of gender, and have that increased to 50%. Currently, Mindanao Cluster has a total of 8,363 women involved in farming, processing, enterprise management, finance, and marketing component of assisted enterprises. 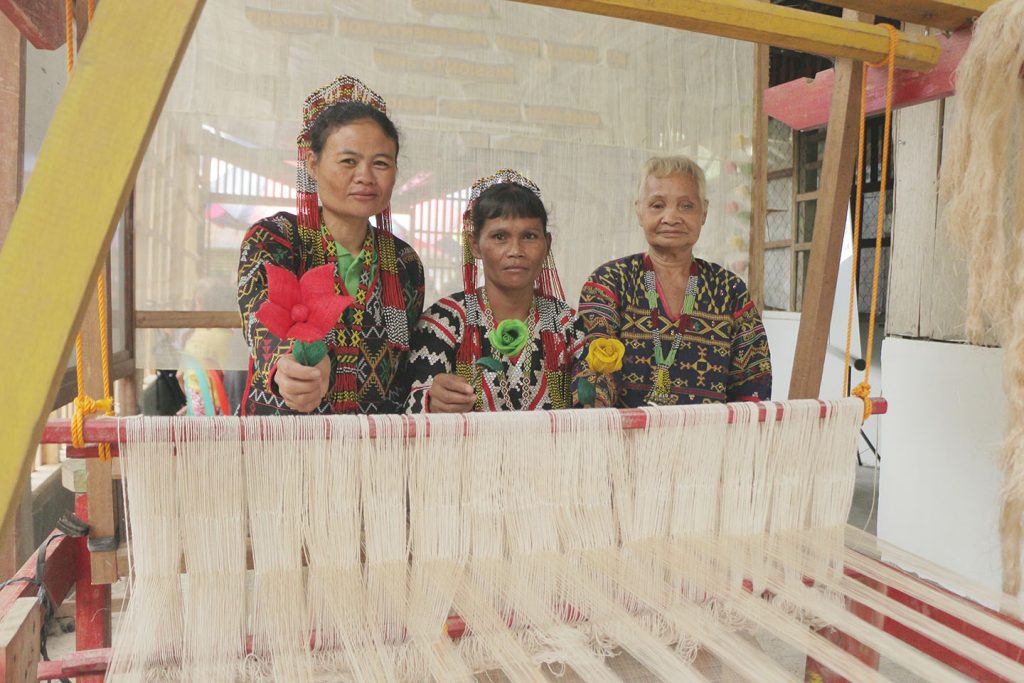 T’boli weavers in Kiamba town in Sarangani Province show off some of their products. (Photo by Gian Enrique)

The increase in number of support poured in for women’s groups in the Mindanao Cluster shows how much women have steadily taken the lead in farming and fishing enterprises in rural Mindanao.  Comparative data from 2018 to 2019 show that of the total I-REAP subproject portfolio of the Mindanao Cluster, 42% of the enterprise beneficiaries are women with a 23% increase in number of subproject beneficiaries from the previous year.

Laielyn Lomucso who leads the Bacayawan Women Rural Improvement Club (BWRIC) saw the potential in seaweed farming as a sustainable livelihood having lived in a family of seaweed farmers. Their group was one of four seaweed organizations that availed of the P7.3 million “Seaweeds Production and Marketing Enterprise Project” that is being implemented in the towns of  Dumalinao, Dimataling, Labanga and Pitogo in Zamboanga del Sur. 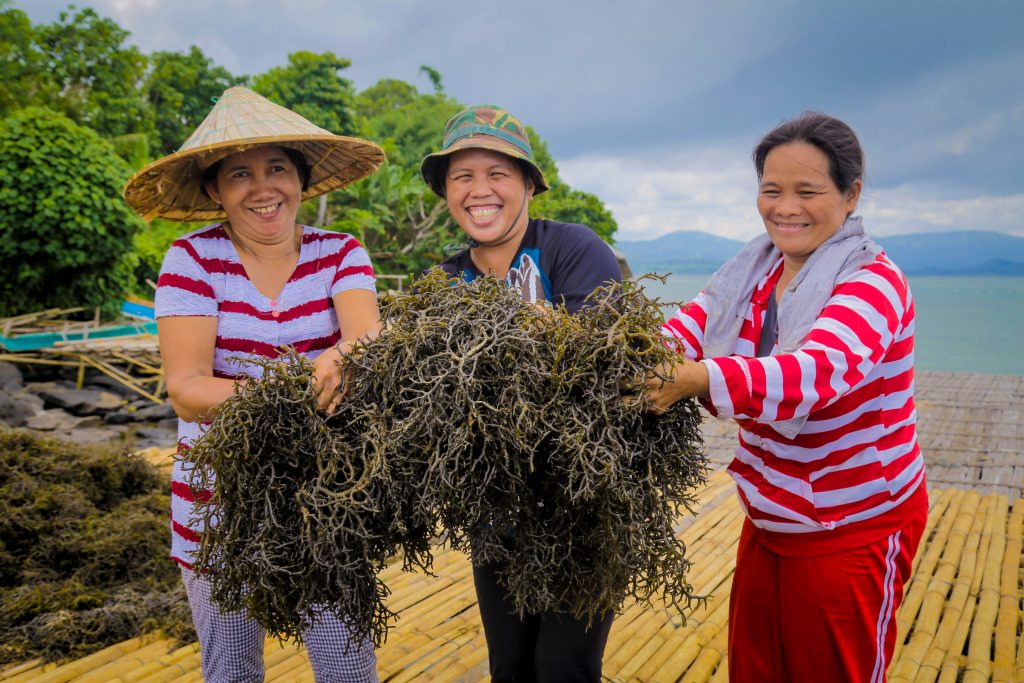 Laielyn Lomucso showing off some of their seaweed harvest with other members of their association.Under her leadership, the 106 member women’s association has distinguished themselves as being one of the Top 10 Associations in 2015 for their active participation and involvement in various community development activities in Dimataling. With the funding from DA-PRDP, their seaweed production area is projected to increase to 10.6 hectares.

Norata Soon, the president of the Balimbing Seaweed’s Farmer’s and Fisherfolk’s Producer’s Cooperative in Panglima Sugala in Tawi-Tawi also believes that seaweed farming can uplift their community and help provide for their member’s families. By availing of P3.3 million subproject from the I-REAP component of DA-PRDP, their group has been able to receive eight (8) fabricated boats measuring 18 X 3 feet, eight (8) boat engines, and farm input materials such as seaweeds seedlings, stake, soft tie, nylon cords, knives, machete, goggles, and gloves all of which are important to expand their seaweed operation. 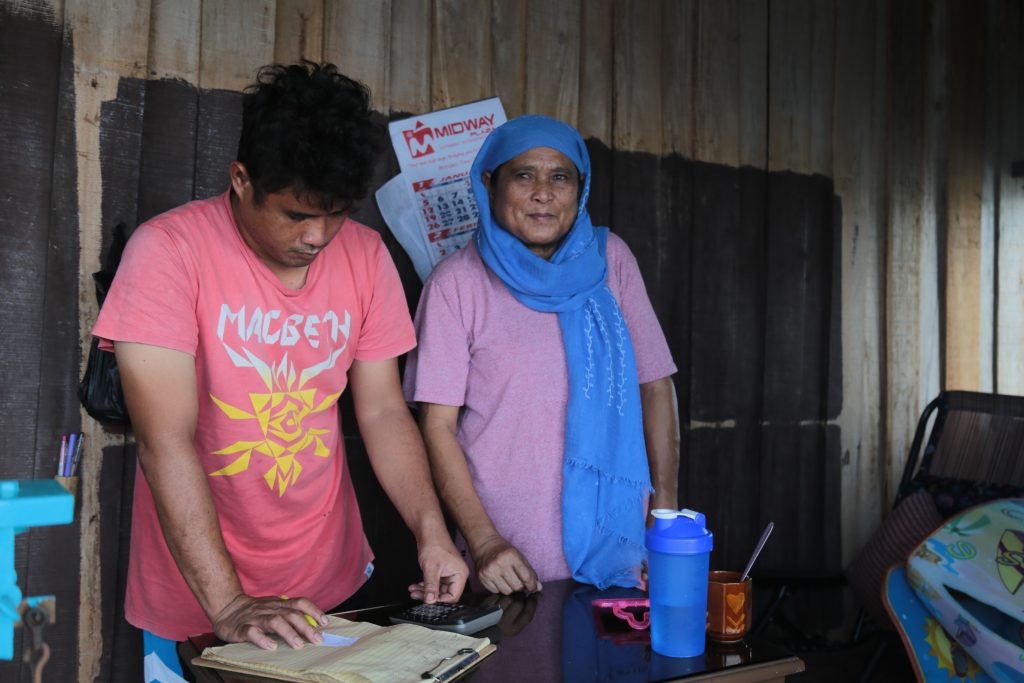 Despite the many requirements for their subproject, under her leadership their group has already attained 58.60% physical progress and hopes to further improve production as soon as the second tranche of their subproject is released.

The P10.82 million “Abaca Processing and Marketing Enterprise Project” availed by the Tapak Farmers Marketing Cooperative (TFMC), provides the women of the Ata Tribe in Paquibato district the implements needed for them to have a sustainable livelihood through the marketing and production of abaca. With the provision of four post-harvest facilities (storage and solar dryers) in their production areas in Sitio Tapak Proper, Butay, Mangani and Panlawayan along with seven stripping machines, TFMC is expected to produce a total of 150 metric tons of abaca fiber annually. 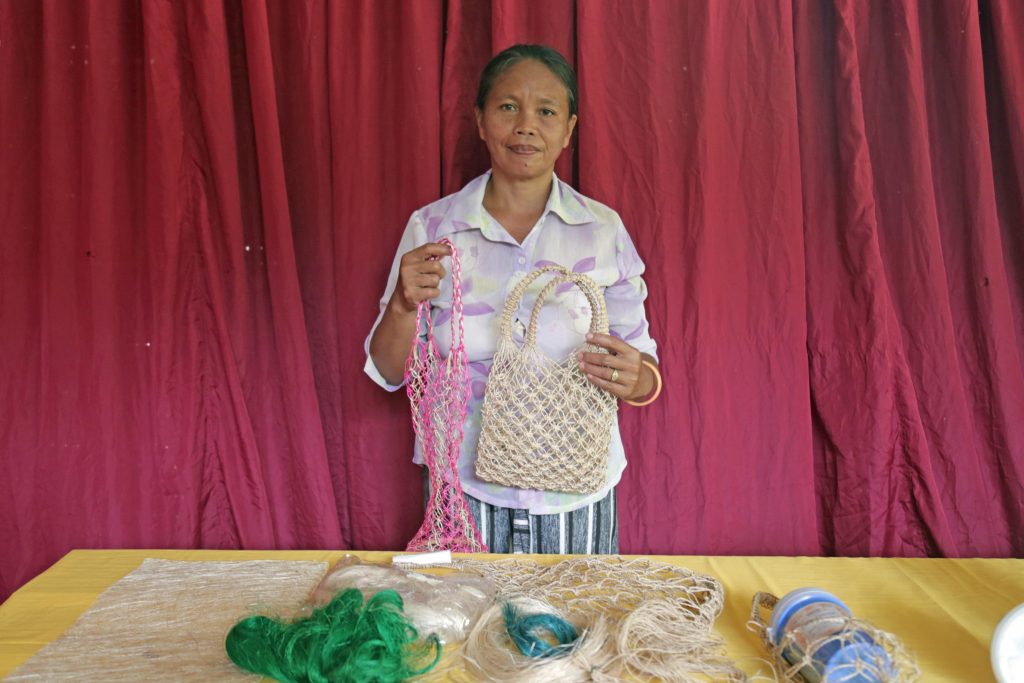 As PRDP enters its sixth year of implementation, their goal of empowering women in Mindanao continues as more women leaders, farmers and fisher folk are given the means to not only find ways to provide for their families but also lead the way in uplifting their respective communities. (Joseph John Palarca | PSO Mindanao)