The infrastructure component is composed of a receiving facility, fermentary boxes, mechanical drier, and four (4) solar dryers which could cater 1000 kilos of beans per drier.

Through this project, the cooperative is now capable of fermenting beans and selling dried beans at a better price which will boost the income of its farmer members particularly the 208 member beneficiaries of the cooperative.

According to Kapalong Cooperative Chairperson, Atty. Rosario Ranario-Dayaday, one of the challenges they encountered before this subproject was the lack of drying facilities that they could use for fermenting dried beans.

“Most of the cacao farmers before only sell wet beans and most of them rely on the traders who tended to buy their beans at a lower price,” said Dayaday. “Through the provision of these facilities, farmers are now capable of selling dried beans at a better price. So now, we will buy the beans from our cacao farmers and we will process it for value adding.” Dayaday added that the convergence of all cacao stakeholders in the province opened more doors of opportunities for them and that recently, DTI and Kapalong Cooperative are working on the establishment of another project. 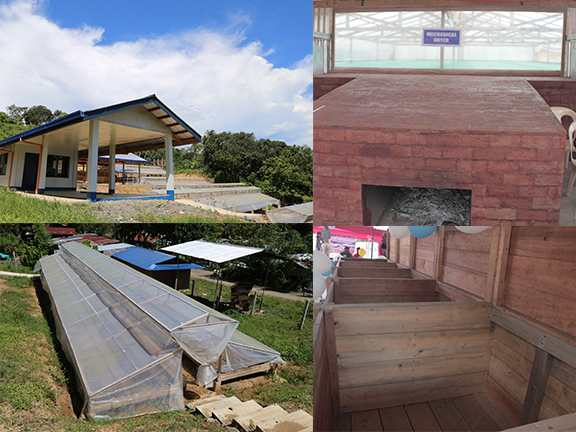 “We are thankful to DA-PRDP because through them, other agencies like DTI also came to provide us support in establishing our plans for tablea processing in the near future,” said Dayaday.

Leomy Carmen, who is one of the beneficiaries of the subproject, expressed his gratitude to the infrastructure and technical support they received from DA-PRDP.

“Because of this project, our farmers are now more knowledgeable,” said Carmen. “We have members who attended the cacao rehabilitation training before who we now consider cacao masters because they are the ones going to the field to teach other farmers on how to rehabilitate their cacao.”

Carmen added that the project not only helps them because of the added technology and training but also gives them a sure market for their products. “This project is really a dream come true for us.”

The said infra component is part of the enterprise subproject on Cacao Production and Beans Marketing which has a total cost of P 24.94 million with Proponent Group equity.