Project marker for the Aguada-Locso-an FMR

PLACER, MASBATE – “On behalf of the Municipality of Placer and the barangays benefitted, I accept this project with pride and honor. Hindi ako magsasawang magpasalamat sa Philippine Rural Development Project (PRDP) (I will never get tired of saying thank you to PRDP).”

This summarizes Mayor Eusebio Dumoran Jr.’s acceptance speech upon the ceremonial turn-over of the P120.88 million-worth infrastructure development (I-BUILD) subproject Concreting of Aguada-Locso-an Farm-to-Market-Road (FMR) held at the Brgy. Plaza Burabod, in this municipality on October 1, 2019.

The Concreting of Aguada-Locso-an FMR is the first completed and turned-over I-BUILD subproject in the Province of Masbate. It will benefit 5,846 individuals or 1,087 households by supporting the province’s agricultural development program to expand the production of coco shell activated charcoal.

It is also designed to strengthen farmers’ economic activities and increase their income by processing coco shell activated carbon as coconut by-product.

Placer has the largest coconut area in Masbate with about 12,347 hectares of area planted with coconut which is equivalent to 12.91 percent of the province’s total coconut area.

The ceremonial turn-over of the 9.5-kilometer FMR marked the local government unit’s (LGU) final acceptance of the completed facility in accordance with the approved drawings and specifications.

William Cayao, chairman of Brgy. Mahayahay, a barangay located in the central part of the road influence area, said that the concreted road made life more convenient for residents, particularly farmers in his barangay.

He was also among the local officials who signified their commitment to maintaining the completed FMR. As per PRDP guidelines, the LGU is responsible for the operation and maintenance (O&M) of the completed subproject for at least 10 years in accordance with the provisions stipulated in the O&M plan and subproject Implementation Management Agreement.

“Yung effort na ibinigay ng mga stakeholders was rewarded with the finished FMR. On our part sa MPMIU, nakita namin na ang sarap palang dumaan sa daan na iyong pinaghirapan (The stakeholders’ effort was rewarded with the finished FMR. On the part of the MPMIU, we realized how fulfilling it is to traverse a road that you worked hard for),” Engr. Rudy Villanueva, MPMIU Head of Placer, Masbate, said.

PRDP-Bicol I-BUILD Component Head, Engr. Teodoro Eleda cited the stakeholders’ role in the O&M of the FMR. He recommended the imposition of a load limit ordinance to minimize road damage. He also underscored that the LGU’s track record in maintaining their previous PRDP-funded road will be a basis for giving them further investments. ### (Annielyn L. Baleza, DA-RAFIS V) 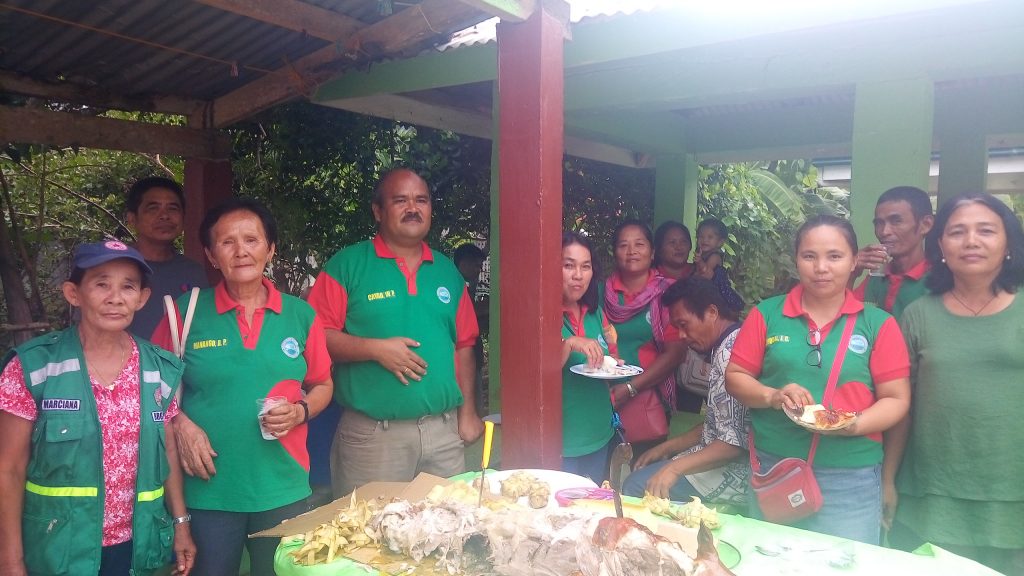 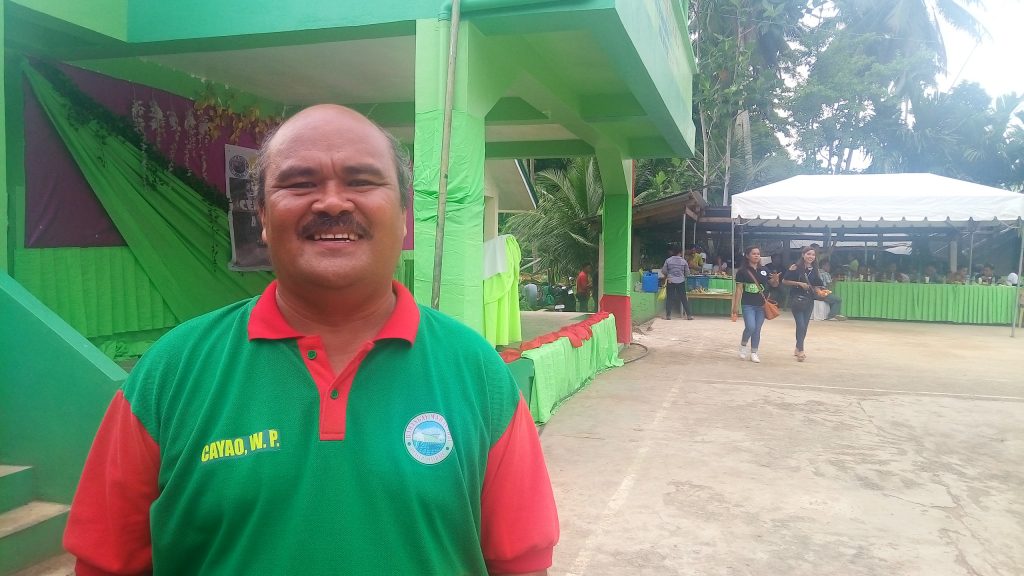 William Cayao, chairman of Brgy. Mahayahay and residents along the road influence area witness the Ceremonial Turn-Over of the Aguada-Locso-an Farm-to-Market-Road (FMR). 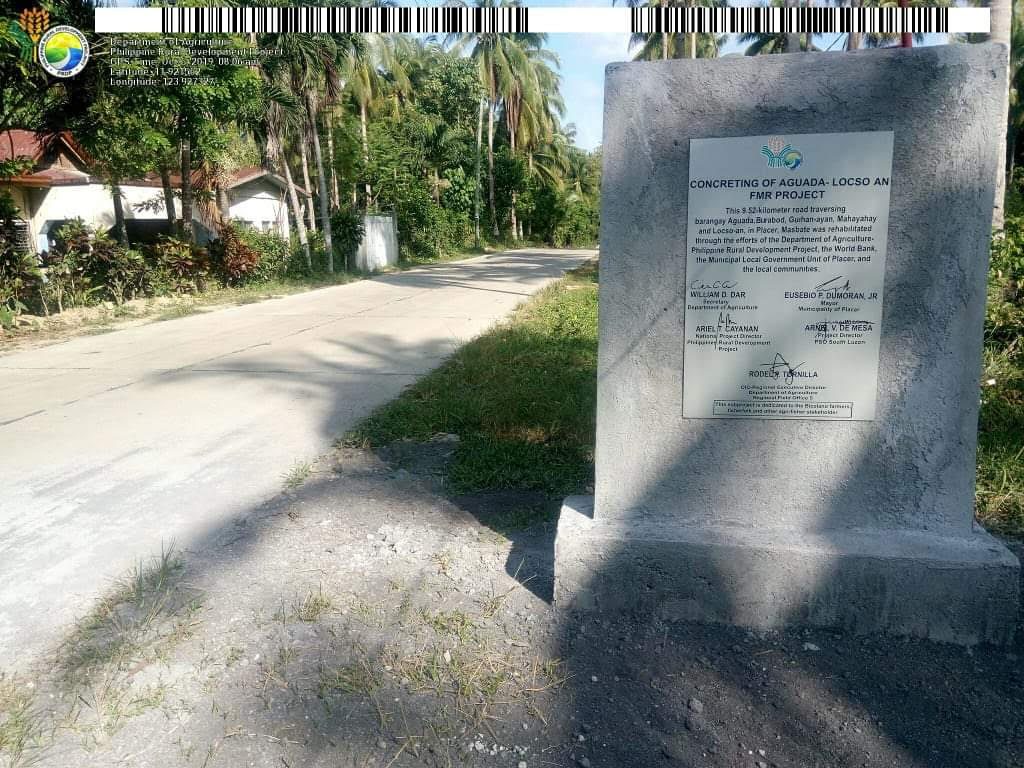 Project marker for the Aguada-Locso-an FMR