The Department of Agriculture – Philippine Rural Development Project (DA-PRDP) formally turned over the Potable Water Supply (PWS) Level 2 to Barangay Don Salvador Lopez in Mati, Davao Oriental yesterday December 16, 2020. The ceremony for the turn-over and blessing was attended by representatives from the Project Support Office Mindanao, the Regional Project Coordination Office XI, the local government unit of Mati, and officials of the recipient barangay. 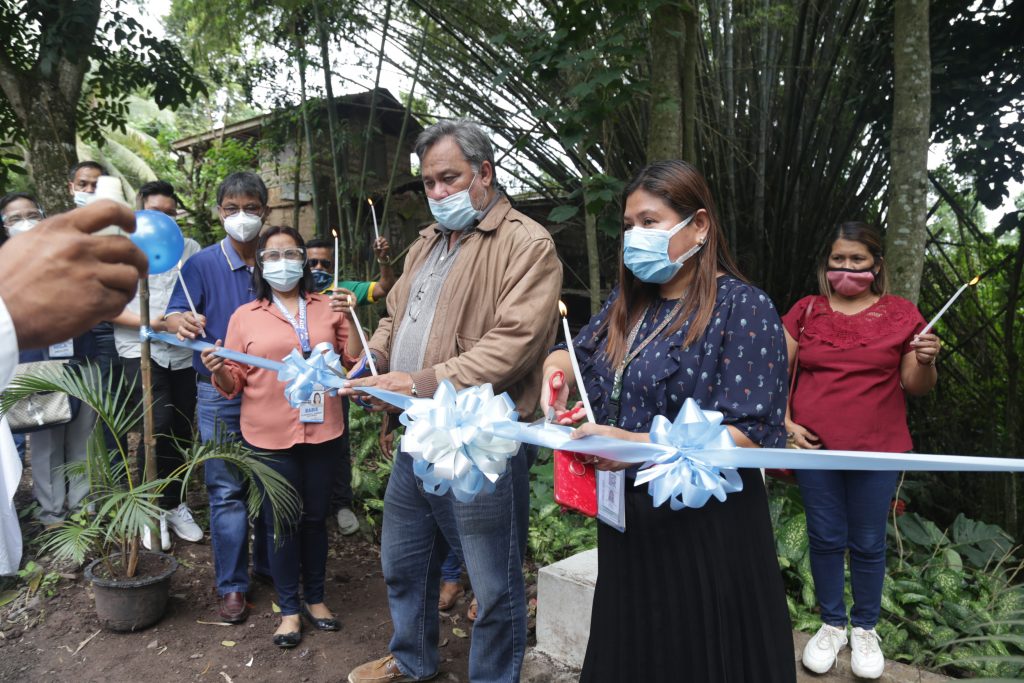 At the ribbon cutting at one of the 14 tapstands. In picture from right to left are RPCO XI Deputy Project Director Marila Corpuz, Councilor Eric Rabat, Mati City Agriculturist Eleanor Sambas, and CPMIU Rosendo Linsag.

The P9.92M “Construction of Don Salvador Lopez PWS” infrastructure subproject, which includes the construction of two (2) intake boxes, one (1) ground reservoir, and fourteen (14) tapstands was completed last August 25, 2020 and marks the fifth potable water system (PWS) subproject that was completed and turned over to Mati City by DA-PRDP. Previously, DA-PRDP turned over PWS subprojects to Barangay Sanghay & Barangay Tagbinonga last October 16, 2019; to Barangay Taguibo last November 18, 2019; and to Barangay Libudon last November 20, 2019. Aside from these five PWS subprojects, two more infrastructure subprojects are being constructed for the city, namely, “The Construction of Dawan PWS” and the “Construction of Seven (7) units Green Houses” which are currently at 55.71% and 84.44% accomplishment respectively. Three more subprojects are undergoing the procurement process while two more are being proposed for consideration with DA-PRDP. 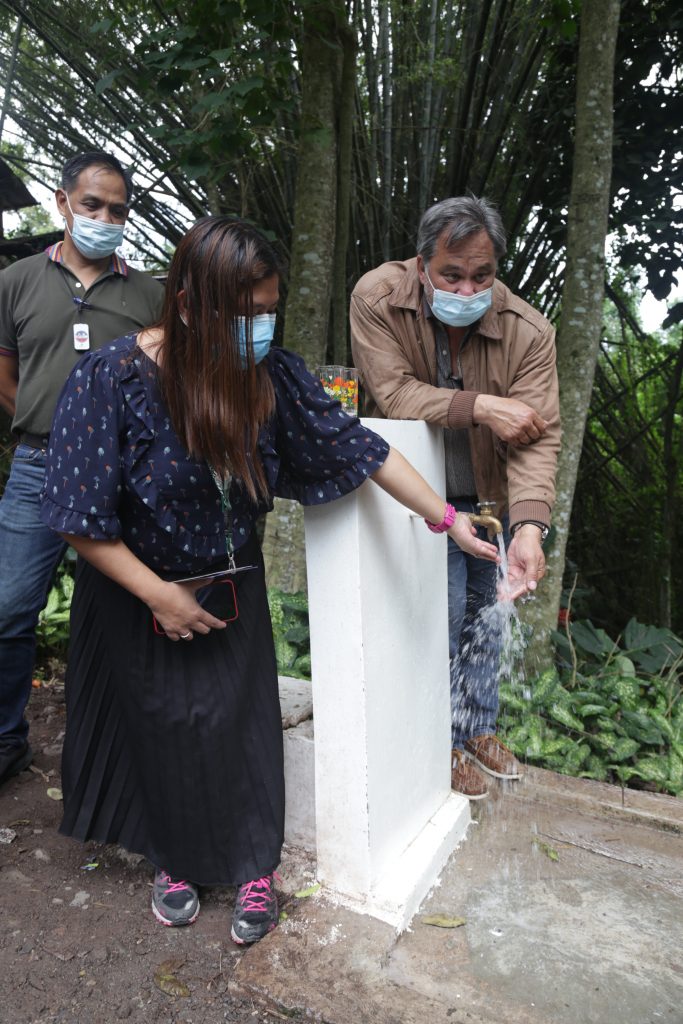 RPCO XI Deputy Project Director Marila Corpuz and Councilor Eric Rabat inspecting one of the tapstands for the PWS Level 2.

In his speech, Councilor Eric Rabat, who came in behalf of Mayor Michelle Rabat, thanked DA-PRDP for their continued support for the city. Rabat, who is also chairman of agriculture in the council said that next to health services, agriculture would continue to be the top two priorities of the city government which is of particular importance during the time of pandemic. With the continued support of the Region, Rabat promised that the LGU will always be at the forefront of projects that will help boost the economy and elevate the quality of life in Mati City.

Deputy Project Director for RPCO XI Marila Corpuz charged the residents of Don Juan Lopez to do their part in maintaining the PWS subproject especially after all the hard work that was put in towards its completion. “Safe drinking water is a basic necessity and is important not only for health but also for crops,” Corpuz said. “I hope that when we come back here in a few years, we would still find the water system still working and drawing water.” 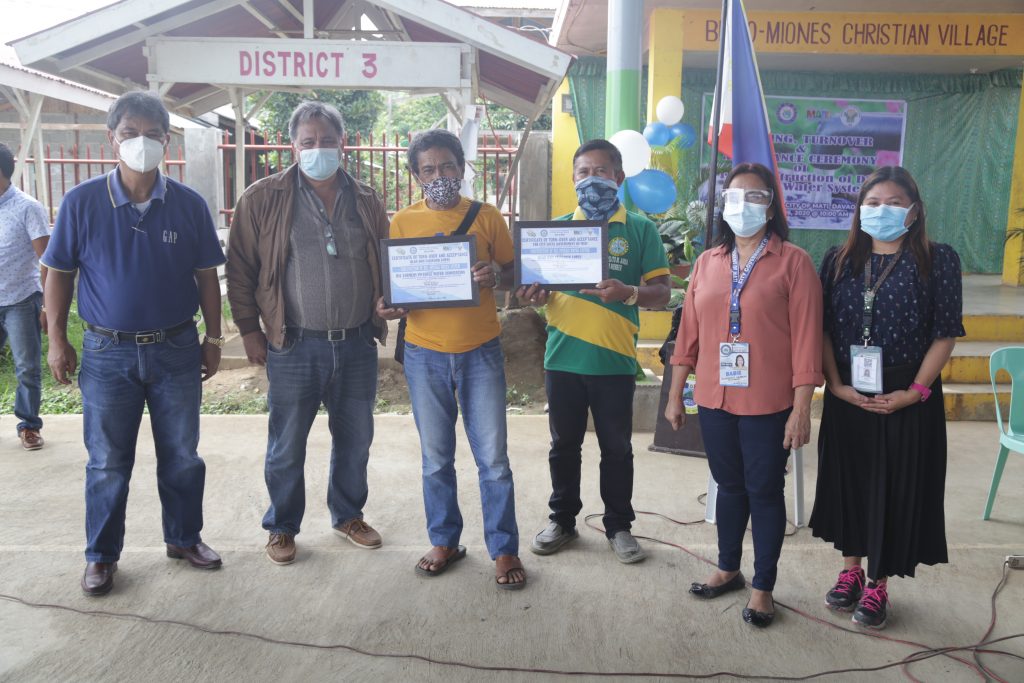 With the completion and turn-over of the PWS project, the 204 households living in Barangay Don Juan Lopez can now benefit from clean and safe water delivered within their community. (Joseph John Palarca | PSO Mindanao)