“United as we are, reshaping the cacao industry road map and bringing much needed political support we can bring this industry to where we’d like it to be.”

That was the message delivered by Department of Agriculture Secretary William Dar in his keynote speech at the “Aning Kakaw, Kitang Kita: An Exposition on the Philippine Cacao Industry” held last last August 24, 2019 at the Grand Regal Hotel in Davao City. The event was attended by more than 800 stakeholders of the cacao industry from all over the Philippines composed of cacao farmers, chocolate processors and manufacturers, and representatives from the Department of Agriculture, Department of Trade and Industry, and other partner government agencies, as well as representatives from the city council of Davao. 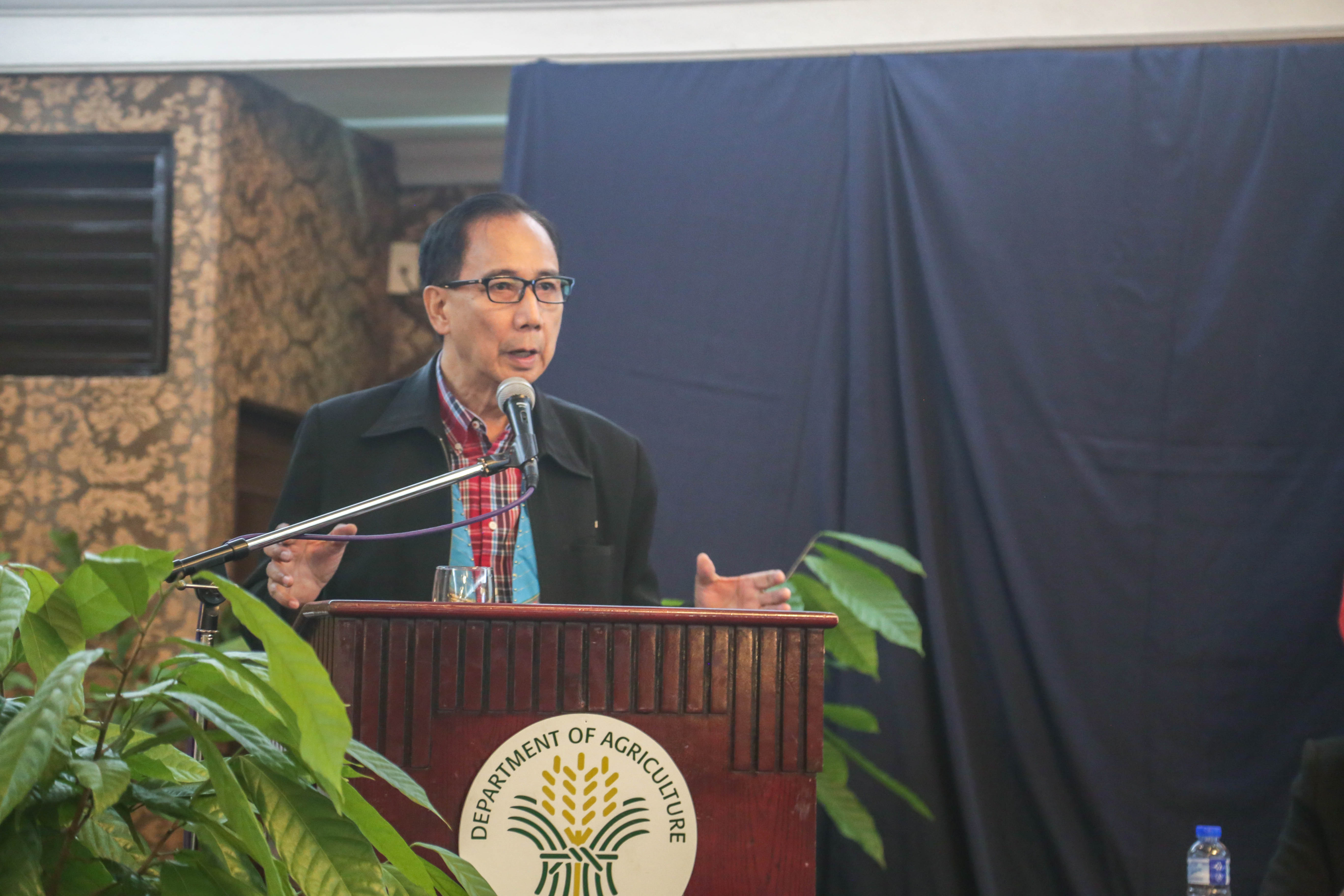 In his speech, Manong Willie as he liked to be called, stated that the advancement of the cacao industry is one of the priorities of the Department of Agriculture as they focus on developing Mindanao which he called the food basket of the Philippines. He reiterated that it will be the policy of the department to provide all the necessary support – plans, programs and projects to make this possible.

“We have a shared dream together with all our partners in the various departments that Davao region will be the center of cacao development in the country,”” he said.

According to the Philippine Statistics Authority (PSA) the total cacao production in 2018 was 7,983 MT, 81% of which came from the Davao Region. 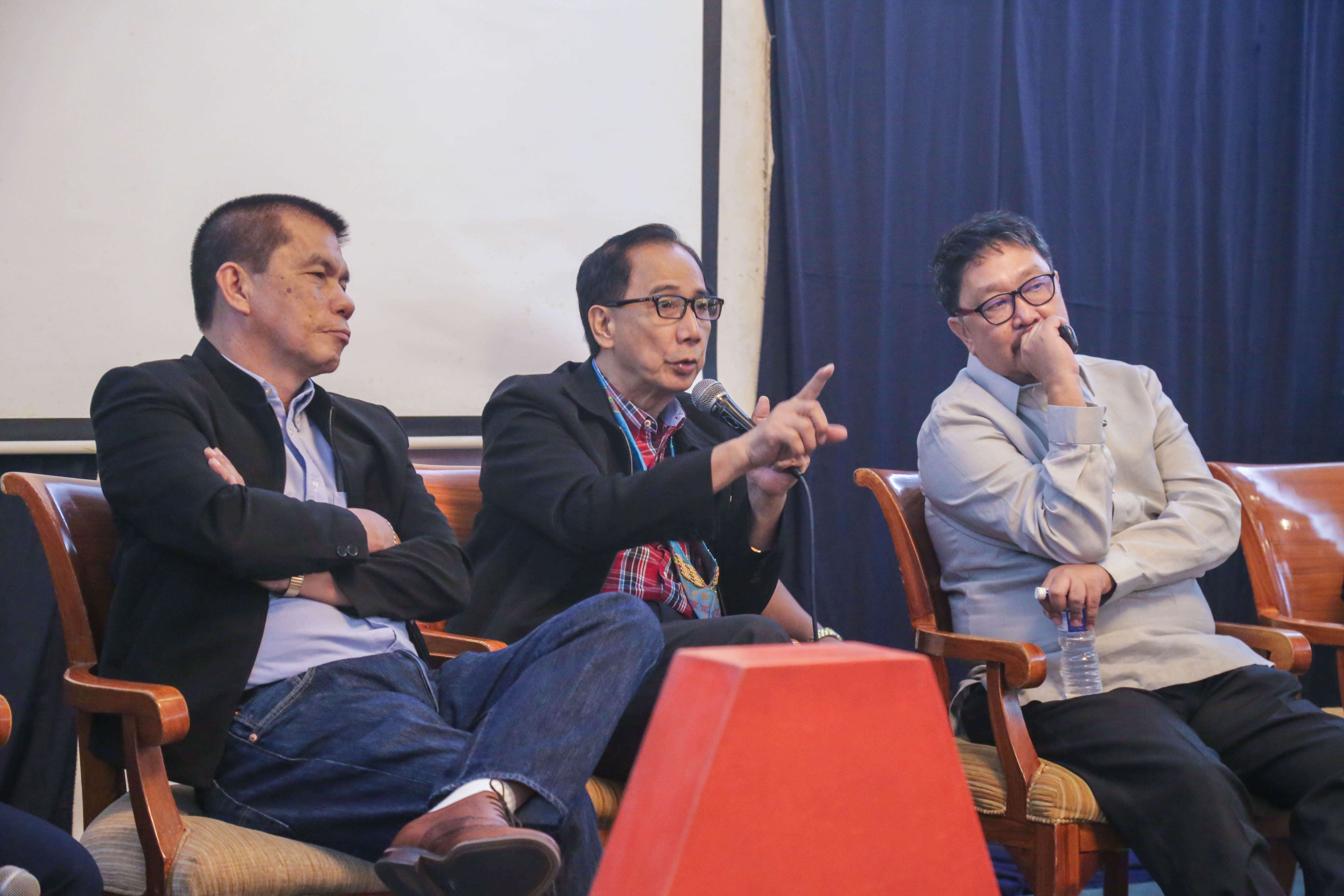 Secretary Dar noted however that with the current situation of the cacao industry, reaching the national target of 100,000 MT set for 2022 would be impossible.  He stated that while the cacao industry has achieved a lot in the past couple of years, it is still generally operating as a backyard industry and this approach would no longer be sufficient to meet the current targets. He urged private investors, whom he calls “big brothers” to come forward and partner with small scale farmers like those from the indigenous peoples (IP) community whom he calls “little brothers” to develop and enhance production through the introduction of new technologies. He also urged small scale farmers to come together as a group and work collectively so they would have the leverage necessary to compete with the “big players” in the industry. He hopes that this “Big Brother-Little Brother” approach to an agri-business venture where profits are equally shared among its partners will uplift the Philippine cacao industry to a globally competitive level.

He lamented that while Davao region is producing world class cacao beans, it is mostly foreigners who are benefiting by manufacturing the beans abroad and returning it to us as chocolate. He stated that the Department of Agriculture will go beyond just focusing on improving production and instead cooperate with the Department of Trade and Industry to also develop the processing and manufacture of chocolate in the country.

“Bringing them together that’s the way to accelerate converting a backyard industry into a real industry following a plantation type modality,” said Dar. “It will be a combination of backyard farms clustered together with the economics of scale of the IP areas – then you will have all the areas you need to develop the cacao industry with modern technology following a value chain approach to not only produce quality cacao beans, but also process and manufacture quality chocolates from the Philippines.”

Cacao is one of the top commodities supported by the Philippine Rural Development Project. (Joseph John Palarca)