“Dakel nga problema idi kuna da nga haan nga mabalin ituloy ta ada ti problema with the design so natantan ti pakailipas na. Tadta manen nga marugian ket sapay kuma ta awanen ti problema nan ta baru metten nga contractor ken baru nga project contract, nanayunan pay ti pondo na (It was a big problem when we’ve been told that this project will not be continued because of problems on design specifications. This time, we hope that there will be no longer problems since we have a new contractor, a new project contract, and the project cost have also increased),” said Odsey in his message during the ceremony.

Odsey also stressed that the acronym “FMR” does not only mean farm-to-market road, but could also mean “forest-to-market road” because we need forest to sustain agriculture. He then advised the beneficiaries to acknowledge the FMR as an instrument to care for the environment and not only to transport agricultural products.

“One of the major concerns of the World Bank and the PRDP is the safety of every one that uses the project. Hence we really needed to redesign the original plan of the subproject. Despite all odds, we are thankful to the PLGU for approving the additional budget for this subproject,” expressed Mananes, adding that the Km. 49-Ambakian FMR is the biggest project in terms of cost, including the amount incurred from the previous project contract.

Further, Provincial Engineer Reny S. Tabdi shared that construction works previously started last May 14, 2017 but the project contract was terminated on May 15, 2019. The subproject underwent repackaging and approval until it was finally rebidded and awarded to the contractor.

“Shevaten mi e kooperasyon jo, e tulong jo son sikamin implementing units say diretso kuma la eya project tayo (we are asking for your cooperation and for your help to us – the implementing units, so that this project will be implemented continuously),” said Tabdi.

In his message, Gov. Diclas also shared how the provincial and municipal LGU worked together to resolve issues among the residents with properties that will be affected by the road improvement.

“We now have two ongoing road projects in Benguet including this one. The other one in Atok (Improvement along Jose Mencio FMR) is almost done and we hope that after its completion, the other proposal in Eddet (Kabayan) will also be approved and implemented,” added Gov. Diclas, as he thanked the DA for providing/funding projects in Benguet in support to the province’s champion commodities.

The FMR subproject was proposed in support to the production of coffee and other commodities that thrive within the area. Implemented under the DA-PRDP, the FMR is funded by the World Bank through Loan Proceeds (80%) with counterparts from the Provincial LGU (10%) and the National Government through the DA (10%).

“Nu malpas daytoy nga proyekto ket daytan to ti dakel nga iyaman mi kadakayo nga tinmulong kadakami – nga ada ti napintas nga kalsada mi nga pagnaan. Dakami nga taga Batan ket dakel ti iyaman mi kadakayo amin (the completion of this project will be one of the big things that we’d be grateful for – a good road for us to use,” expressed one of the barangay kagawads in Batan. 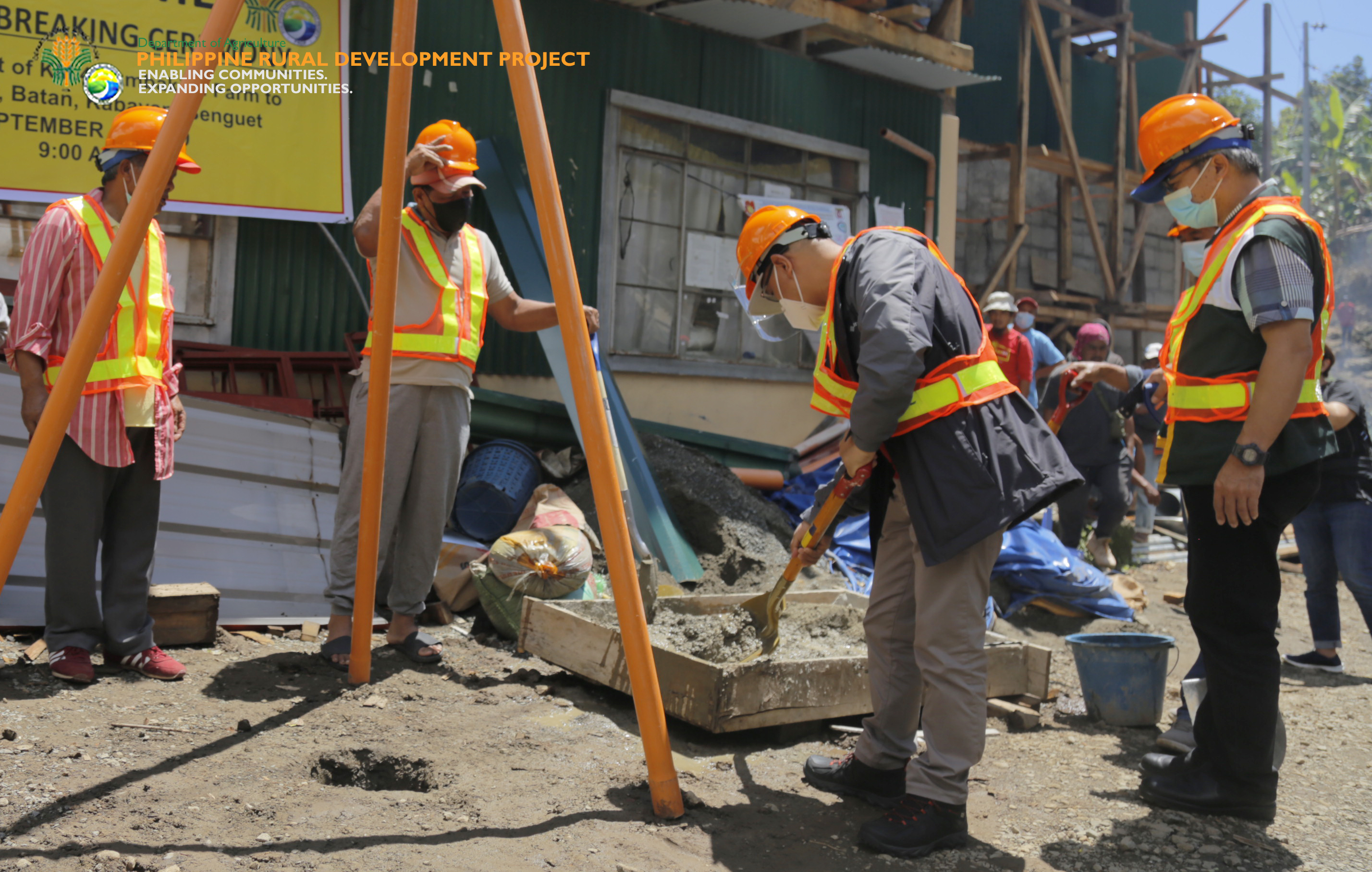 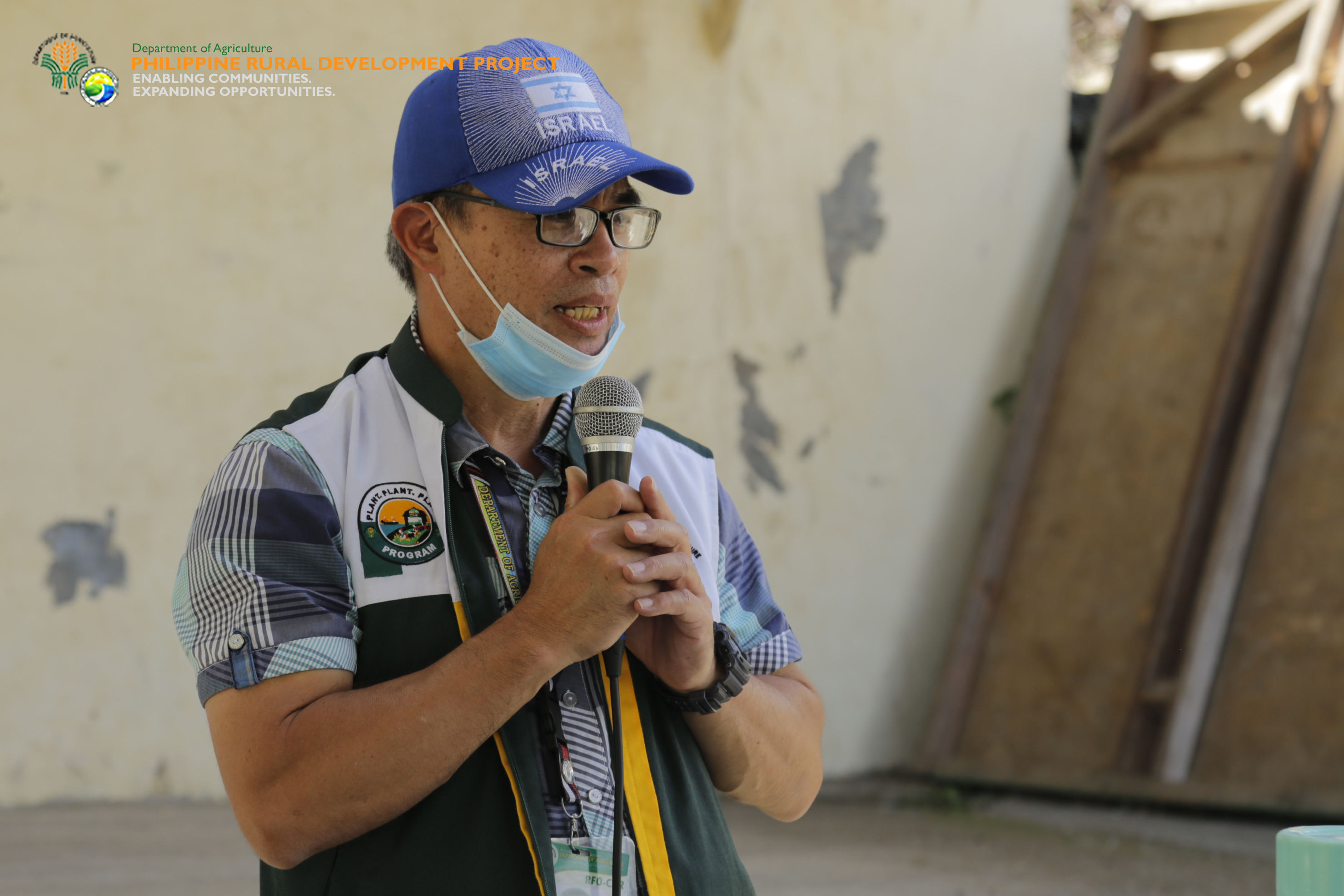 Dir. Odsey speaks about caring for the forest, watershed, and the environment with the construction of the FMR for the sustainability of agriculture in his message during the ceremony. 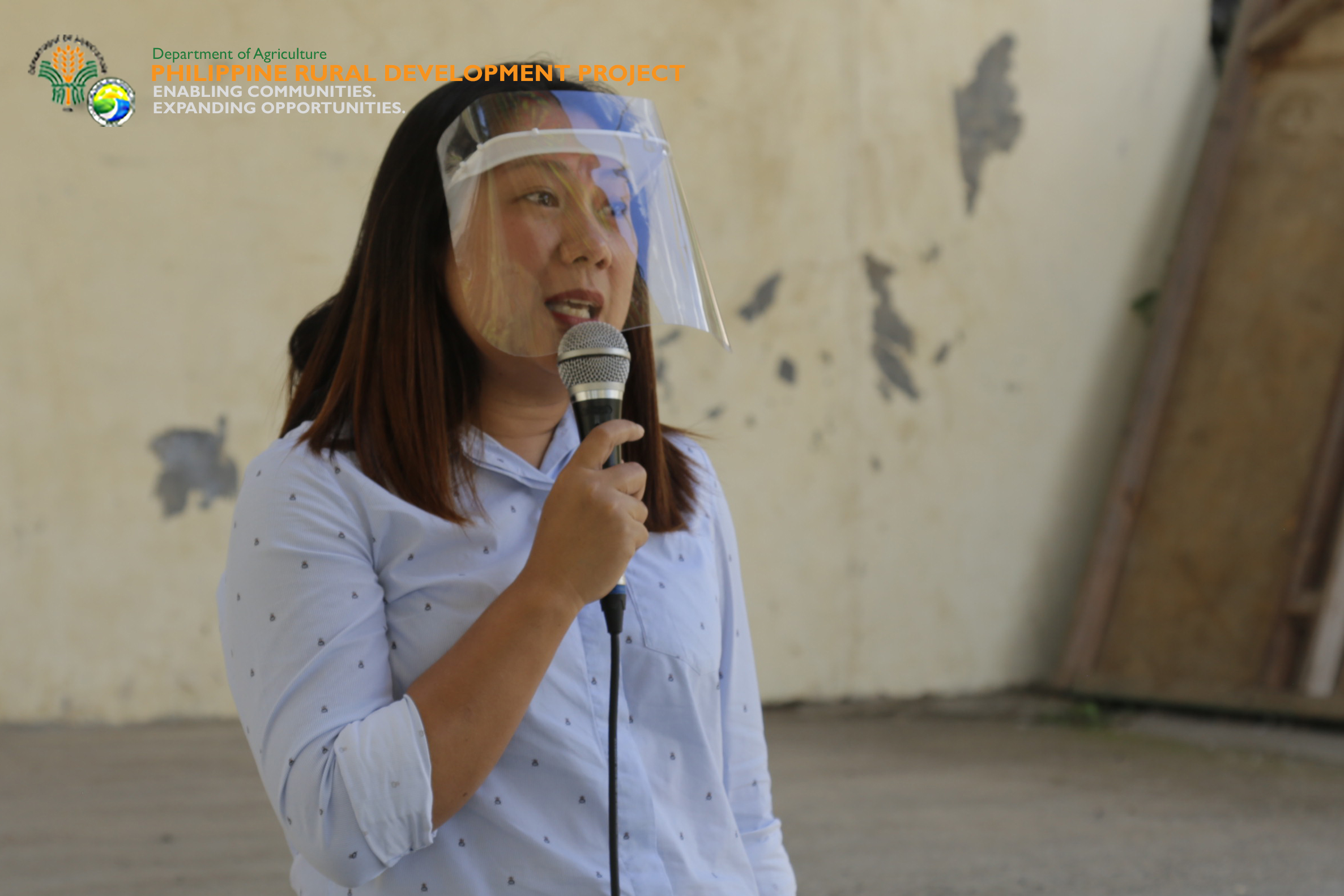 Dir. Mananes emphasizes the importance of the safety of users in the design and implementation of subprojects implemented under the DA-PRDP. 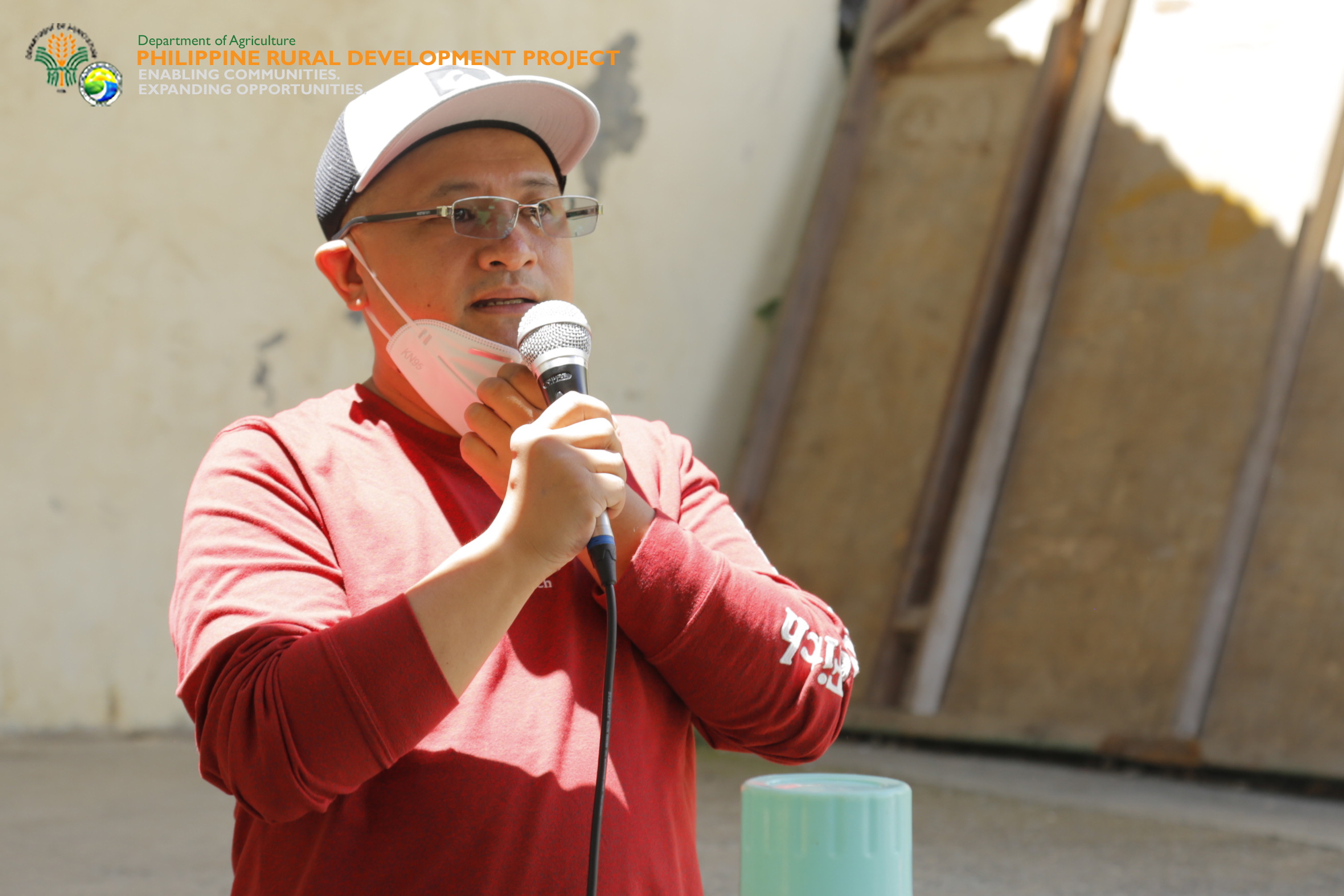 Gov. Diclas encourages the community of Batan to support the project and cooperate with the contractors for the smooth implementation of the subproject.